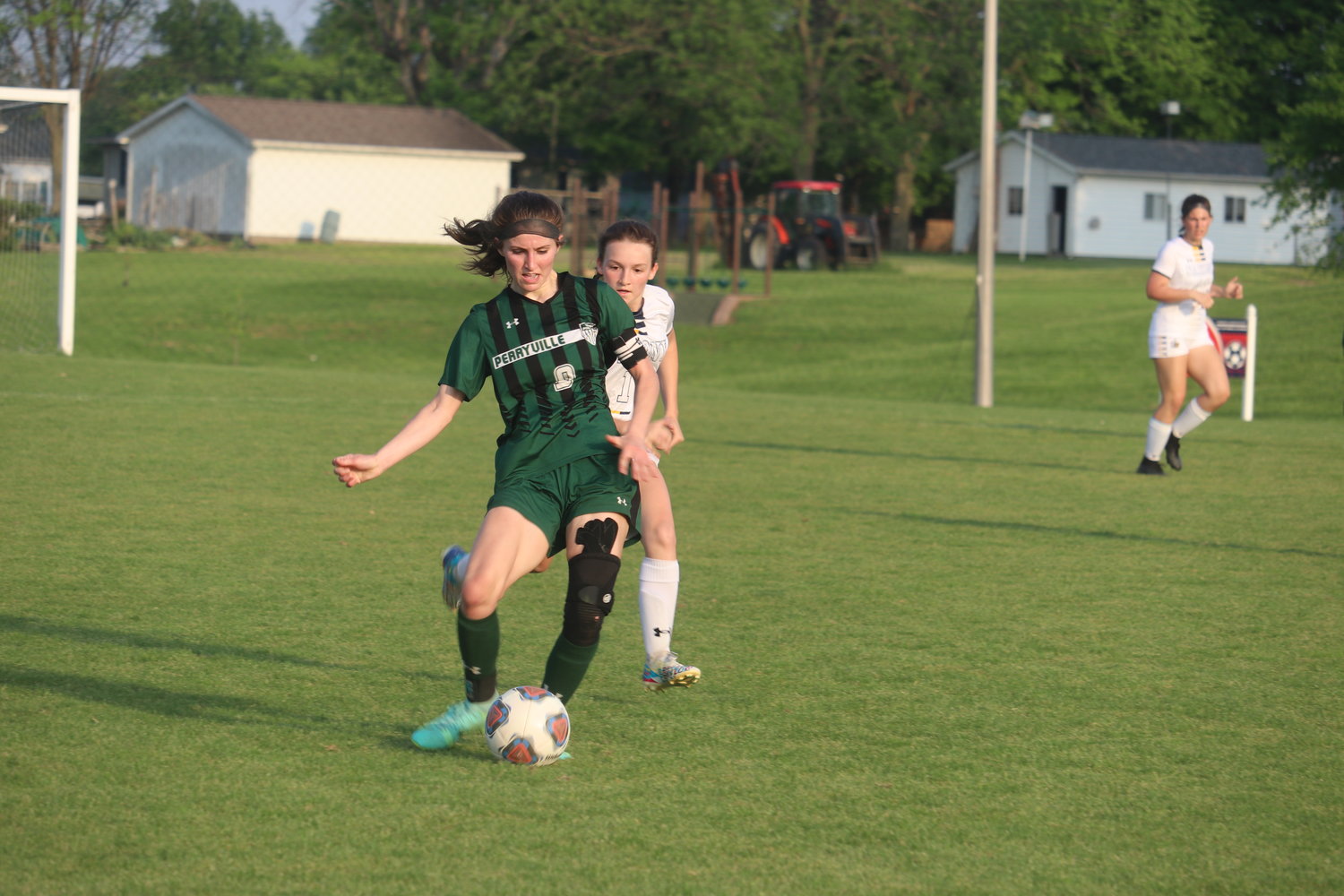 The Perryville girls soccer team looks prime for a postseason run.
The Pirates overcome a slow start to blank Saxony Lutheran 3-0 on senior day at The Bank of Missouri Soccer Complex on Tuesday.
“I thought we played sluggish to start the game,” Perryville coach Jerry Fulton said. “We figured it out when that first goal went in and played the way I knew we could for the rest of the game.”
That first goal came in the 38th minute off a counter from a good scoring chance for Saxony. Perryville junior Rachel Riney fed fellow junior Kyla Schnurbusch, who patiently dribbled in and deposited a shot into the back of the net past Saxony Lutheran goalkeeper Grace Ozark, who had 10 saves on the night.
“I think we controlled a lot of the possession after that,” Fulton said. “We are trying to be more patient with the ball in our offensive half. I think if we would have been more selfish we could have had a few more goals.”
While one goal is fine, Perryville tacked on a few more in the second half.
Cloey Richardet scored from what Fulton called her spot and in a similar manner that she scored in against Notre Dame earlier this season.
Riney passed back to Richardet who ripped a shot from 30 yards out to give Perryville the 2-0 advantage.
The best chance for Saxony on the night came in the 68th minute off a corner kick, which was saved by Brooklyn Moll, who have five on the night. Perryville outshot Saxony 13-5 in the game.
Schurbusch scored again with seven minutes remaining for the final tally in the game. Riney assisted on all three goals.
More than the offensive output, Fulton is impressed by the defensive effort his team exudes each game. Perryville (15-2-1) has allowed just 10 goals on the season, and has been scored on in just seven games.
“We have a good keeper who can make those timely saves when the ball came her way,” Fulton said. “
Fulton noted the defense is led by Anna Greamud, who was honored at halftime as the lone senior on this year’s team.
“She has been huge for us this season,” Fulton said. “She got hurt during the Hillsboro tournament and we sat her for five or six days and she was mad at me. Ever since she has been back healthy she has been the same old Anna.”
Perryville will start their postseason run Saturday in the Class 2, District 1 tournament against North County (1-12) at 11:30 a.m. at the Bank of Missouri Soccer Complex. Perryville is seeded second and Fulton said the team is looking good heading into districts.
“I think whoever gets out of this district will have a chance to go far,” Fulton said. “Hopefully that is us.”