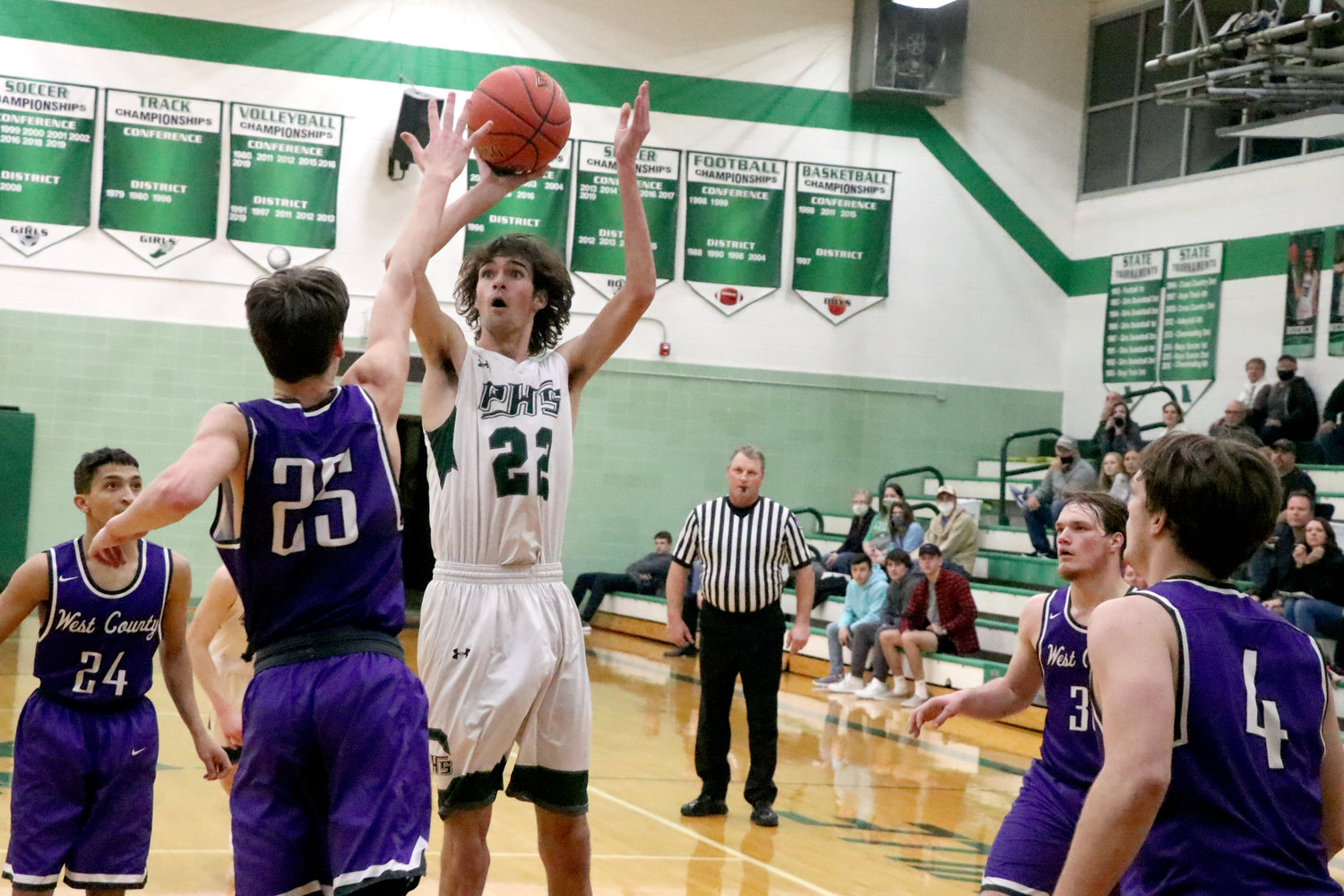 When the Perryville High School boys’ basketball team set its goals for the season, they certainly aimed high. Even though the Pirates went just 3-19 last year, their goals are much higher for 2021. Coach Rick Dunn noted that his team wants to win at least 13 games and be victorious in at least one game in every tournament they play.
The second year Perryville coach even had to temper back his team’s expectations for themselves this year.
“Those are team goals, that’s not just me,” Dunn said. “Those goals reflect what the boys think they can achieve this year. The boys have put in a lot of time in the gym this offseason and that goes a long way. The win totals the last few years don’t really reflect their ability in my opinion.”
Perryville does not bring back a single starter from last year’s squad after graduations and the fact that Ethan Blythe will miss the year after suffering a knee injury during football season.
“The boys have that belief and confidence in themselves,” Dunn said. “When you start to believe in what you can do that carries out onto the court. We are going to be a tough team and I think we are going to surprise some people.”
The Pirates will bring back guards Justin Wingerter, Robert Ussery, the leading scorer on Perryville’s junior varsity squad last year, and senior Jackie Truong, who Dunn has seen an immense dedication from this offseason and even in the mornings before school.
“He’s got the most varsity experience coming into the season and he’s the kind of kid that is always in the gym,” Dunn said. “He’s coming in the morning when the girls team opens up and getting up extra shots. He’s always the last one in the gym and refuses to leave until I step out first. He has really worked on his game.”
Perryville has traditionally been a guard heavy program in the past, but Dunn is hoping that his team’s size will be a strength this year. The Pirates boast multiple players over 6-foot-5 including Andrew Terbrak who comes in at 6-8.
“I think we are going to be tough to match up with this year,” Dunn said. “We also have Grant Smith who is a sophomore and was an all-district pitcher as a freshman. We are blessed with a lot of size and I’m hoping that it’s something that other teams will have a hard time contending with.”
Dunn noted that it has been a while since Perryville has had such size.
“It hasn’t happened in the last few years,” Dunn said. “You would have to go back to the days of Chase Brown. While he was 6-5, he was more of a wing player, who could score. I think we can really take advantage of the size, just by throwing it into the post and working off of that. That’s something that not too many teams have. It should also help with our rebounding and contesting at the rim as long as those guys don’t get into too much foul trouble.”
Even with all the optimism within the Perryville program, Dunn understands that the 13 wins will not come easy with the tough schedule that Perryville has which includes the Bob Sechrest Jr. Christmas Tournament and tournaments in Woodland and Chester.
“The level of competition we have on our schedule is always tough including within our own conference and up north,” Dunn said. “We also go down south in the Cape Girardeau and Jackson area, and then the Woodland Tournament is mostly small schools, but those guys can really play. Then you go look at our district and you have Notre Dame, Cape Central and Dexter, so we will have our hands full. However, the boys have that confidence in themselves and as a coach I love to see it.”
The Pirates will have to work on convincing others how good they are, because that confidence has not yet gotten outside of Perry County.
The Pirates will open the Woodland Invitation Tournament as the number six seed and will play Meadow Heights. The tournament begins Monday, Nov. 29.
“A lot of these teams have a lot of returning starters from last season and have a lot of seasoned kids that have been around varsity basketball for a long time,” Dunn said. “We believe in ourselves, but we have to go prove it on the floor before others will start to believe as well.”