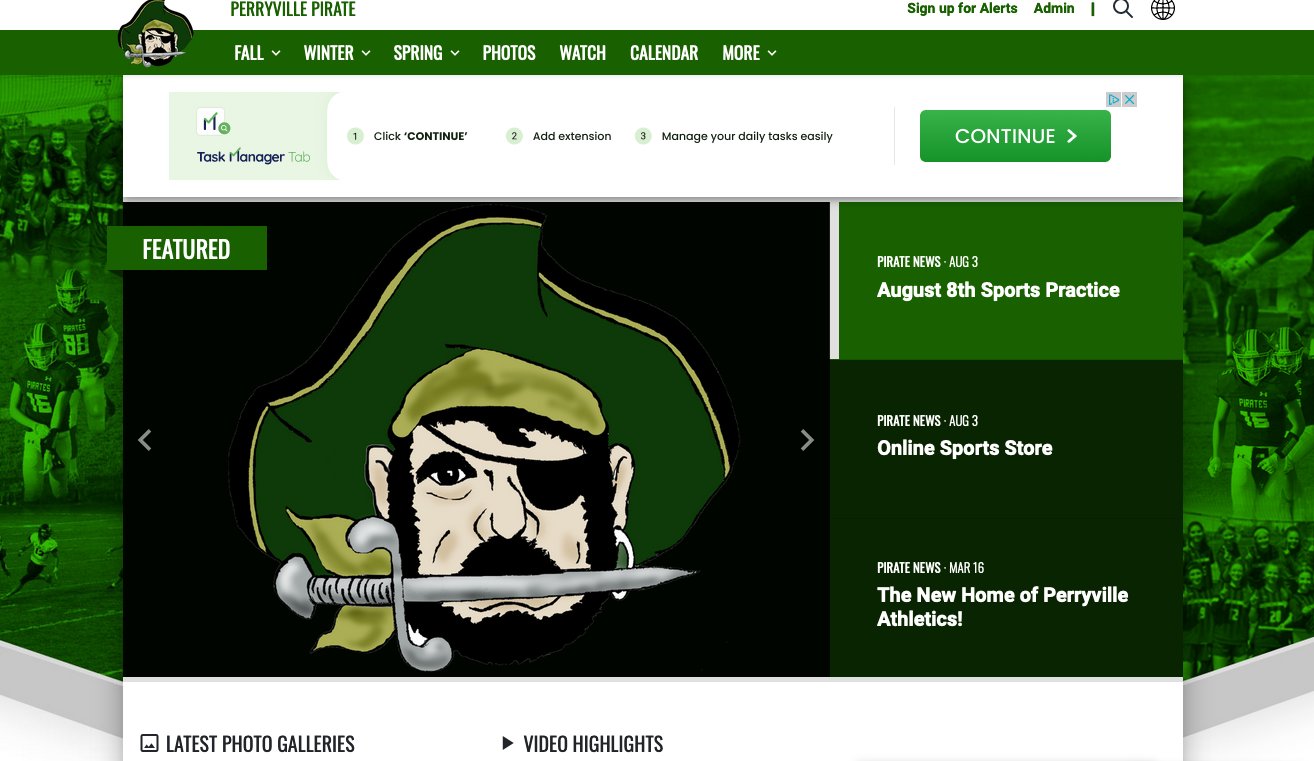 The Perryville athletic department will have a new online presence beginning this fall.
The district announced a new website dedicated to all Pirate athletic teams on July 28 during its annual sports and parents meeting on July 28.
“We wanted to have a one-stop shop for all of our athletics so that everyone can have access to that sort of information whether they are a parent, athlete or a community member,” Perryville Athletic Director Justin Dreyer said. “We want them to be able to go on there and see what we are doing.”
The website which is tabbed www.perryvillepiratesathletics.com will have schedules, rosters, and other news on each athletic program at Perryville, including the middle school programs.
“We will also have photo galleries and updates on there throughout the seasons,” Dreyer said. “Each sport will have its own page which will be updated by the coaches.”
Dreyer hopes that it will be well received by the district and community members.
“I think it will be,” Dreyer said. “What I like about it is that you can go on there and no matter if you’re interested in a football score or anything like that, you can also see how the volleyball team is doing, the cross-country team, or the softball team. It has every team on there, not just one specific sport.”
The website is also linked to the school’s social media accounts such as Facebook or Twitter.


“When we put a sport up, it will automatically get tweeted out or whatever specific sport it is,” Dreyer said.
The website is currently live, and as of Monday, there is news about the opening day practice schedule for each fall sport on August 8. Dreyer noted that it will be updates as the regular season gets rolling in the coming weeks.
“It is live right now,” he said. “The only thing we are working on is our schedules,” he said. “There is a new program and our schedules look a little different, so we are working to make our schedules are correct and accurate.”
The website has a modern look with an “over-arching” news ticker on the right side as well as a sport specific tab at the top of the screen.
“I think it is one of the cooler things about the site,” Dreyer said.
The website will be added to the district athletics footprint that includes the athletic department’s Twitter account (@Pirategreennews) and the original school website. Perryville will also continue to live stream games on its YouTube channel. Currently the district streams all home high school and middle school football games, high school volleyball games, and high school basketball games on its D32Pirates channel.
Dreyer announced Monday that Perryville Pirate fans can now shop online for spirit gear.
“The Pirate Spirit Store is a partnership with BSN, which hosts our sports-specific stores throughout the school year,” Dreyer said. “This store will be open year-round and offers accessories, decals, and clothing items for women, men, and kids. Our school earns 10% of every purchase. During the grand opening, you can save 25% by entering promo code ‘SPIRIT.’”
Visit the Pirate Spirit Store at https://qrco.de/bdE93J or access it from the D32 Website at https://www.pcsd32.com/page/spirit.