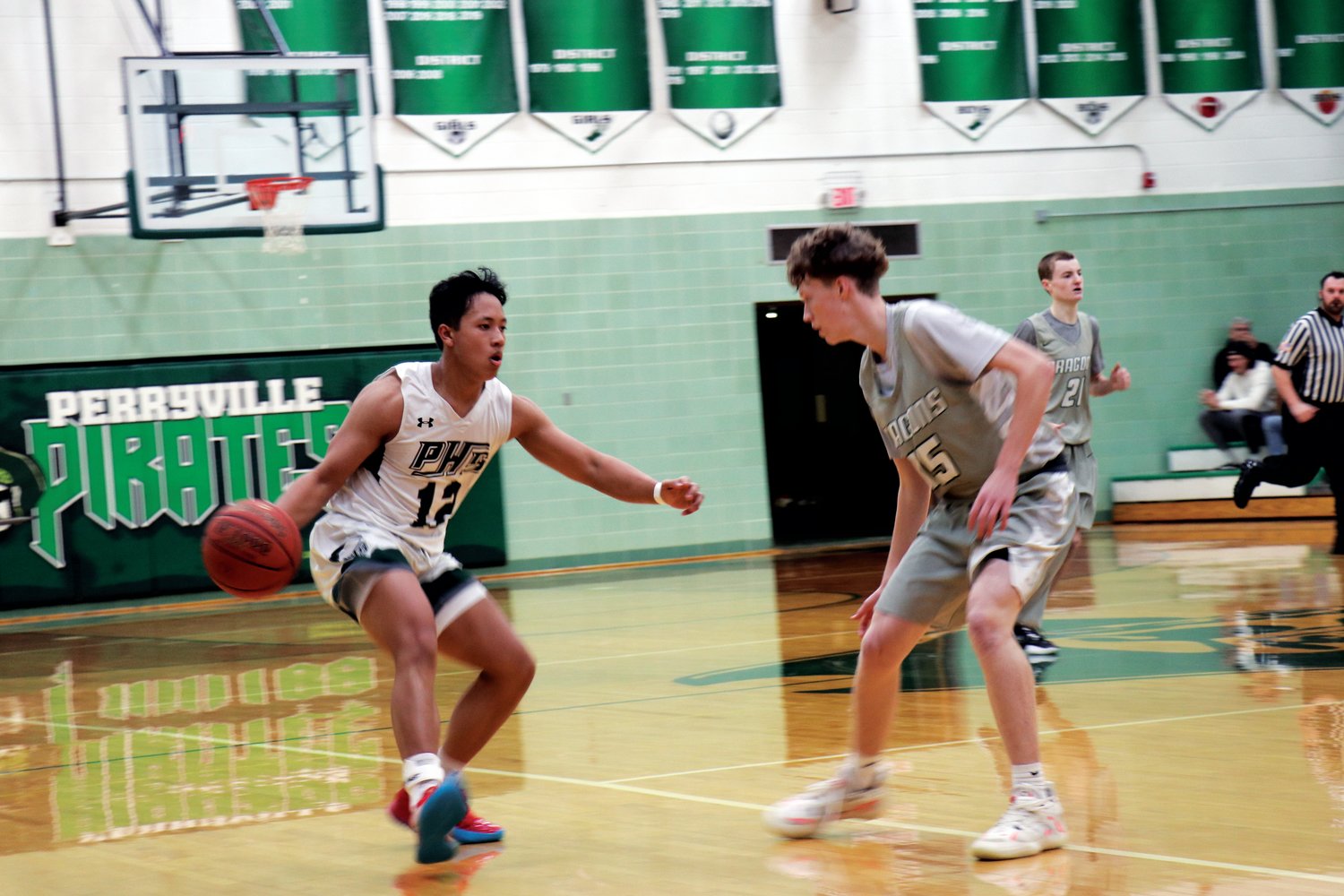 On paper, it looked like it would be a competitive game between the Perryville boys and De Soto. The two teams came into Friday’s contest with one win combined.
However, the Dragons had other ideas and turned the games into a one-sided contest.
De Soto hit a season high 15 three-pointers on the way to handing the Pirates a 64-28 defeat Friday at Perryville High School.
Perhaps it was a sign of things to come when De Soto senior Jack Hooper made a three-pointer in the corner to start the game on the Dragons first possession of the game.
Hooper made five of his seven three-pointers in the game in the first quarter, as he led all scorers in the contest with 21 points.
Junior Andrew Terbrak completed a three-point play with 6:15 left in the opening quarter to give Perryville a 7-6 advantage.
That was the last lead of the game for Perryville as Hooper splashed home a three on the next Dragon possession and another two more to give De Soto a 20-11 lead after the first quarter.
Terbrak led the Pirates with 15 points, including seven in the first quarter, while Robert Ussery and Jackie Truong scored four points.
To go along with Hooper’s 21 points, all from behind the three-point line, Cole McClinton had 10 points and senior Gavin Dunn had nine points. A total of 11 players scored at least one point for the Dragons in the game.
Ussery made a three-pointer to pull Perryville within 21-16 midway through the second period, but then the Pirates went more than four minutes without a point, as De Soto stretched their lead to double digits before Truong made a shot in the lane to stop the drought.
De Soto led 32-18 at the halftime break.
The Pirates came out slow in third quarter as they complied just four points in the frame and 10 in the second half total. Perryville went cold after the opening quarter with just 17 points,
The Dragons, on the other hand, were the complete opposite, nailing six three-pointers in the third quarter alone.