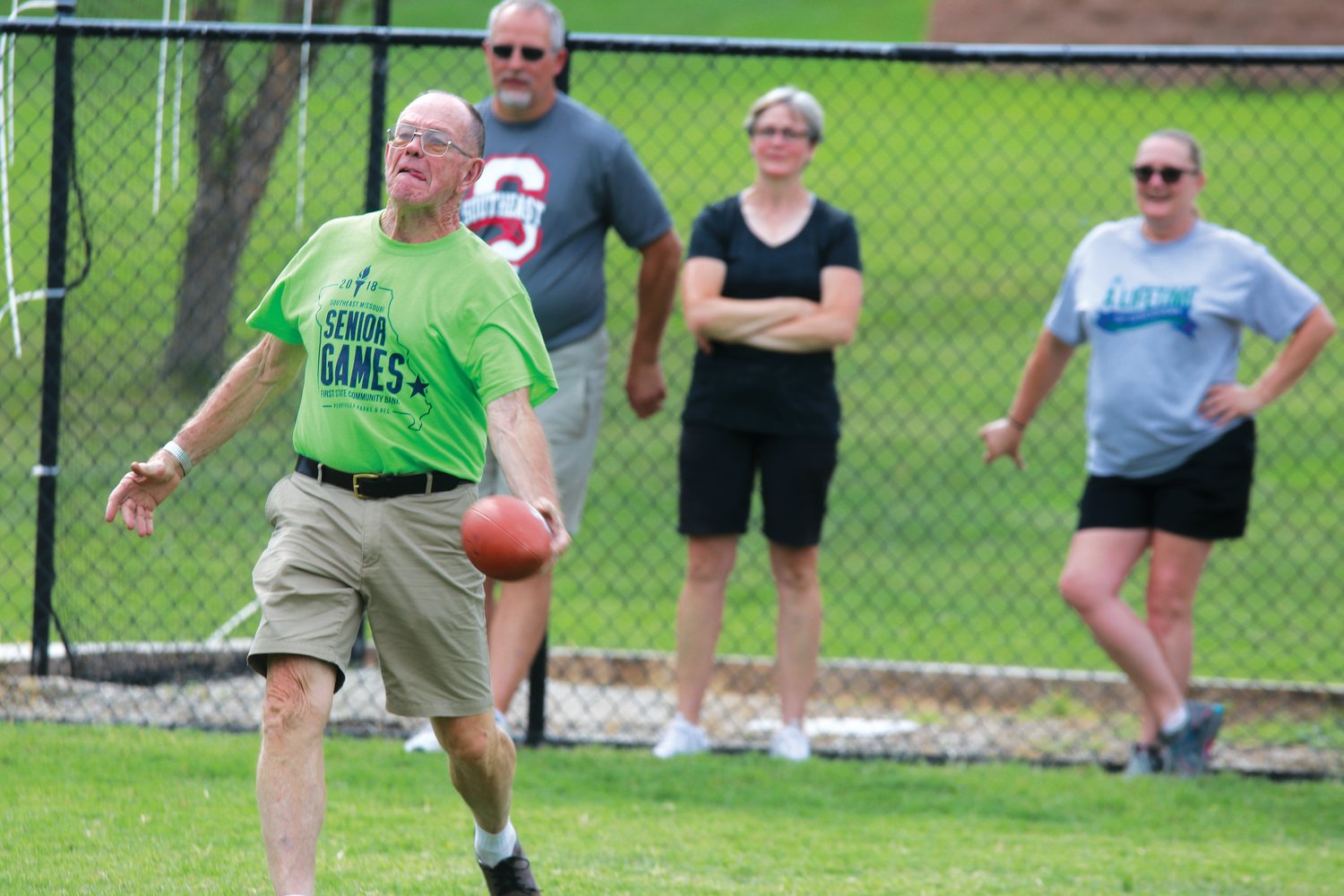 Perryville will have once again host its own version of the Olympic games, but this one has an older crowd.
The Perryville Park Center will host the 21st annual First State Community Bank Southeast Missouri Senior Games. It is one of the biggest events the Park Center hosts each year. The games will be held August 12-14 in various locations around the community, which is a change in the format of the event.
In past years, the Senior Games started on a Wednesday and ran through Saturday, ending with the track and field events. However, this year’s games will be held primarily on the weekend from Friday-Sunday. League and Fitness Supervisor Kaelin Casasola felt like the change was needed.
“When I was thinking about the people who attend the games, it is normally the older population like 70-plus that is the bulk of our registration,” Casasola said. “We are trying to pull some of the younger age ranges like 50s and most of the time they are working in the middle of the week. We hope the change entices them to come out and participate.”
This year’s games have about 90 participants
The participants in the games range in age from 50 to mid-90s that compete in nearly 60 events over the three days.
Competitions range from softball accuracy throws, to numerous swimming and track events. Of all the age groups that participant, the age group with the most participants falls within the 75-80 age range.
The event that seems to be the most popular is pickleball. The event has the most participants of any event for this year’s games yet again. Pickleball will be the only event scheduled for Sunday.


“It’s the most attended event and we have set aside a whole day just to get everyone in,” Casasola said.
Other events that are popular during the games are the accuracy throws and the track and field events
“A lot of people come just for the pickleball,” Casasola said. “Pickleball is one of the fastest growing sports in the nation. It’s kind of like tennis, but a little more manageable because they aren’t moving around as much. It’s been the most popular event at the games for a couple of years now.”
Perryville’s version is not a state-sanctioned event, which means that the winning participants don’t move on to a regional or national event. Despite this, Casasola likes the competitive nature of the games.
“We get a few people every year that get very competitive,” Casasola said. “Our event is just for fun and more relaxed. However, there are some people who use these games as practice or to time themselves in some of the track events for the bigger competitions.”
Even though it is not sanctioned, Casasola sees the Senior Games as being successful event.
“For us being a smaller town, we get good participation,” she said. “We get people from surrounding communities and that’s really impressive.”
Despite the daunting task in front of her of hosting the Games, Casasola sees next week as a busy time.
“It’s a lot to go in those three days,” she said. “Those days feel like about a week-and-a-half worth of stuff that we do. But this is a fun event and it’s a good time.”