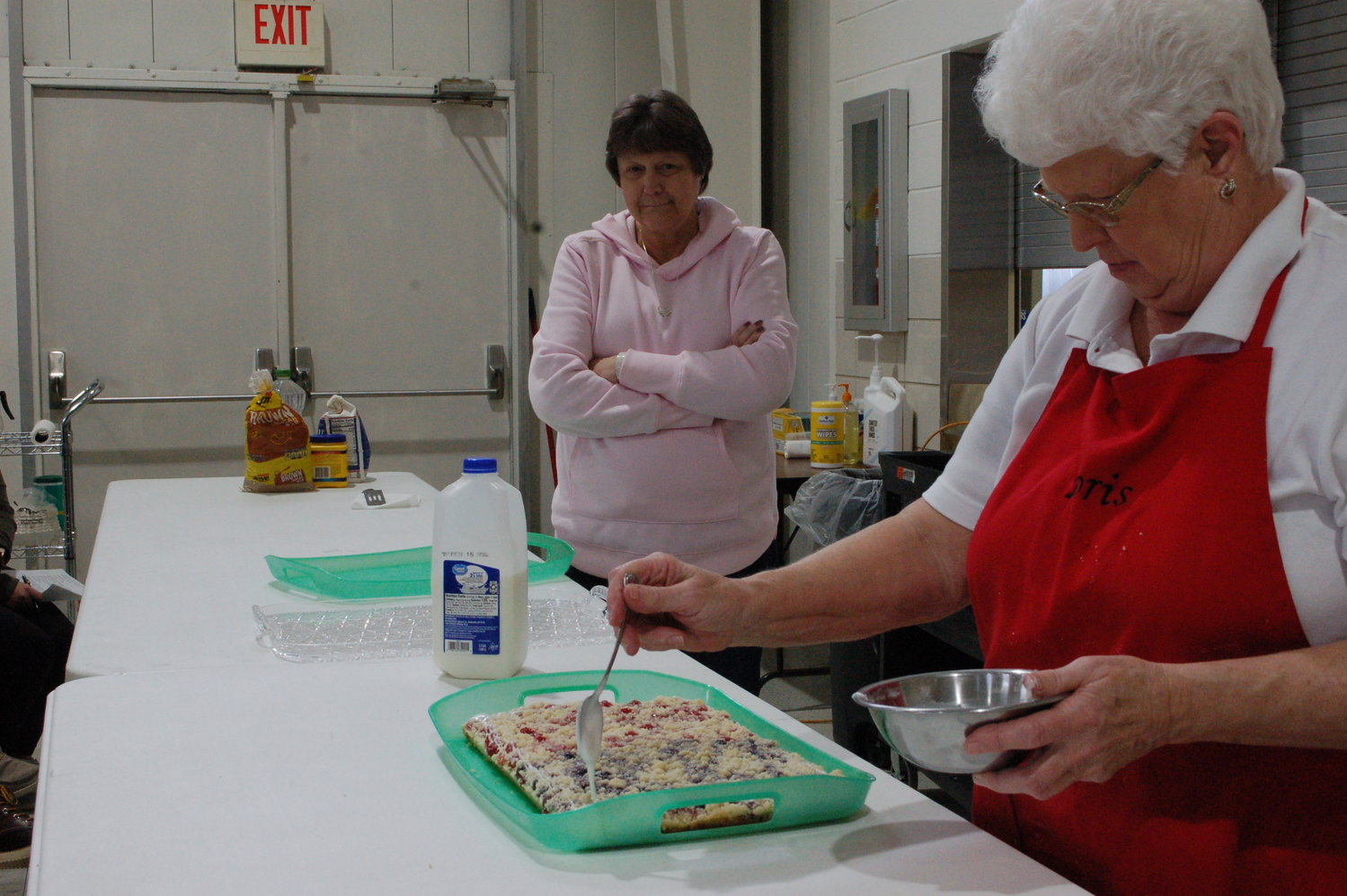 Trinity Lutheran Church Lutheran Women’s Missionary League will host another instructional coffeecake class Saturday, May 14, starting at 8:30 a.m. The event takes place in the gym of the Trinity Lutheran School in Altenburg (17 Church Street) building and goes through the steps, from creating the dough, giving it the proper rise time, baking the crust, then adding a topping and baking it a final time.
The coffeecakes, which come in several different varieties, will be made by Doris Weber, Betty Weber and Faye Ponder.
In recognition of the 80th anniversary of the Lutheran Women’s Missionary League, organizers are committed to producing 80 jump ropes for missions during the yeast rise time for Saturday’s workshop.
Free will donations will be taken at Saturday’s event for the Trinity Lutheran LWML.
Those who want to provide a monetary donation are encouraged to do so toward Trinity Lutheran’s LWML mites.
A video of Saturday’s event will be posted early next week at the Republic Monitor’s YouTube channel. Photos and a link to the video will be available in next week’s print edition of the newspaper.