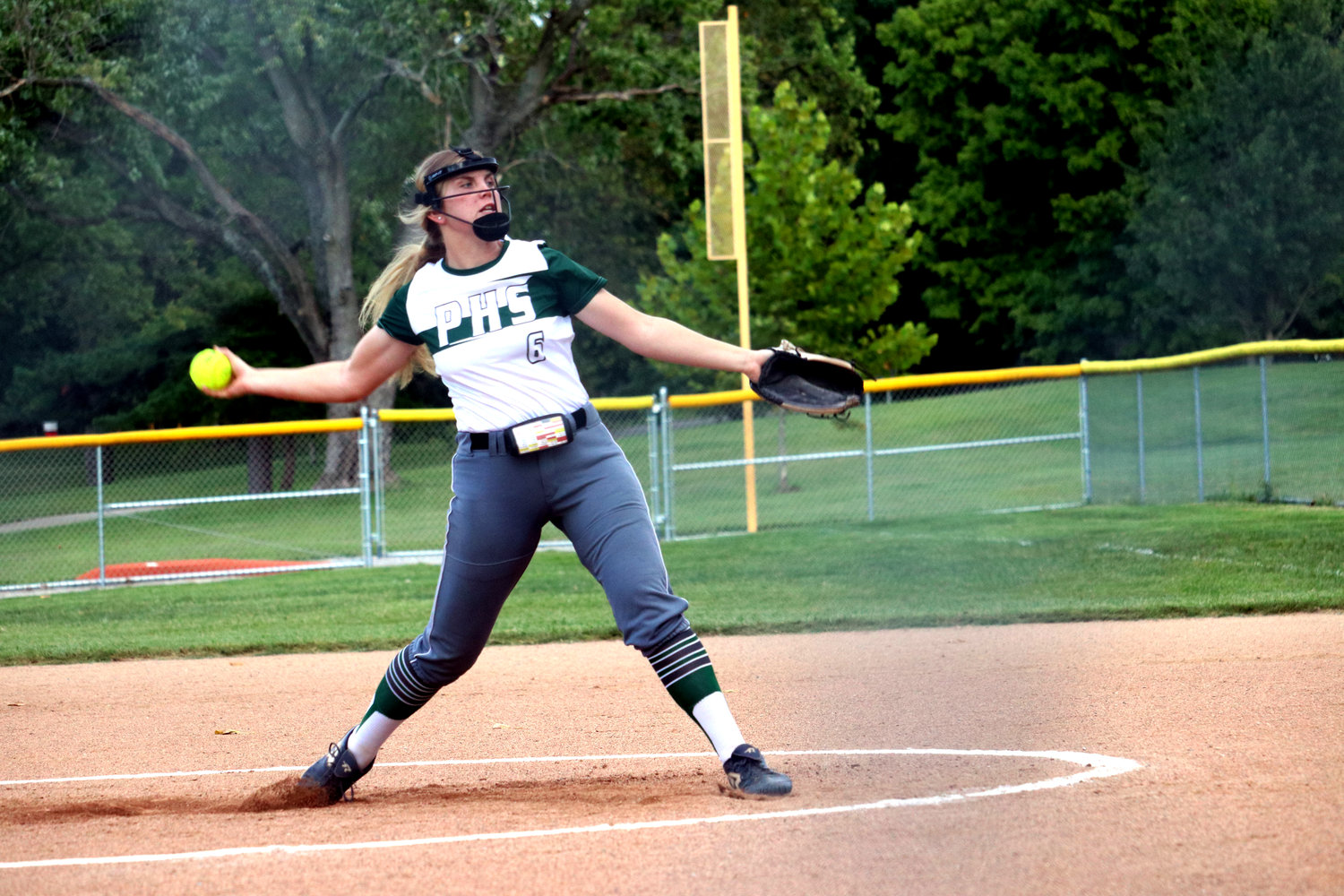 The end of the regular season did not dampen the hot streak for Perryville softball.
After ending the season winning seven of their last nine games, Perryville continued their good stretch of softball into the district tournament.
Perryville started slow, but picked up their offense to blank Bayless 11-0 in the first round of the Class 3, District 1 tournament on Tuesday.
The second seeded Pirates used its pitching and defense to settle the Bayless bats until the offense could get going.
“We played really well defensively,” Perryville coach Lilly Pecaut said. “We really hustled toward the ball and made some good plays on balls that weren’t hit right at them. That really was a highlight of the game for me.”
While the defense was on point, so was the pitching. Alyson Stortz was a force in the circle as she collected eight strikeouts and allowed one hit.
“Alyson was really dominant,” Pecaut said. “She located well and did a good job of mixing up the eye levels of the hitters. She went inside, outside up and down. She wasn’t throwing in the same spot multiple times in an at-bat.”
The Perryville offense struggled for the first few innings as it adjusted to the Bayless pitching.
“It took us a little longer than I would have liked to get that started,” Pecaut said. “The pitching was a little different than we were used to, so we had to make some adjustments. The last few teams we played had some hard throwers, so we had to swing at it and hit the ball if it was there. Tonight, the pitcher was a little slower and a little more wild. I would have liked to take a few more pitches, and work the count a little more and I think we could have produced more walks.”
The offense opened up the game in the fourth inning with six runs and rode the momentum to the victory. Storz went 3-for-4 at the plate, while Anna Gremaud added two hits.
We are finally starting to play with some energy and more as a team,” Pecaut said. “At the beginning of the year, we had a lot of new faces and it took a little bit to come together and now that we have we are playing good softball. The lineup is hitting and we are playing behind our pitcher as well.”
Perryville (13-12) will take on St. Pius in the district semifinals on Thursday at 4:30 p.m. St. Pius (13-10) defeated Herculaneum 11-1 later in the night.
Perryville defeated St. Pius 12-2 on Oct. 4 in the team’s only regular season matchup.
“It gives us a good feeling going into that game that if we do everything we are capable of, that we can come away with the win and advance,” Pecaut said.