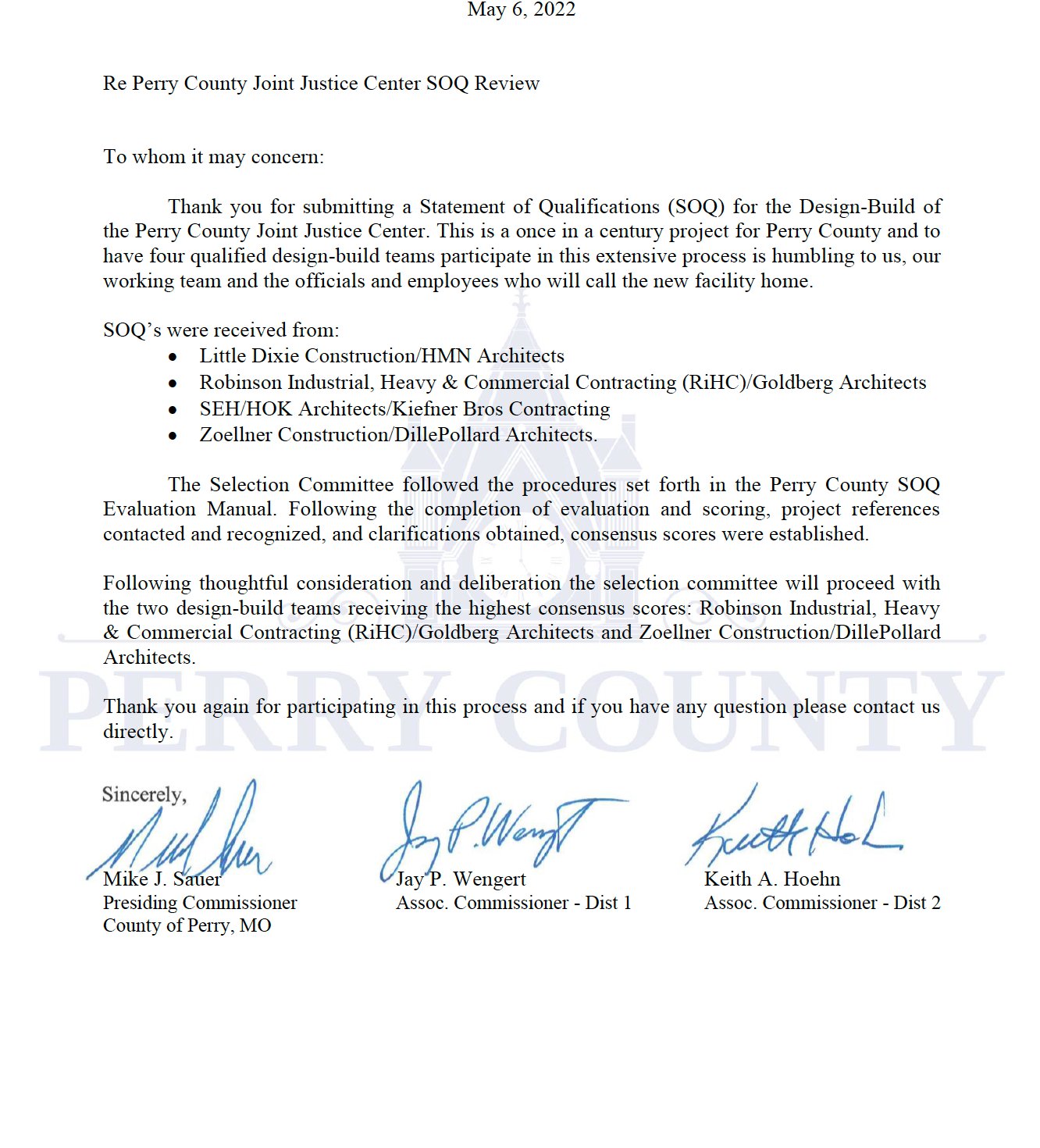 Earlier this spring, Perry County sought statement of qualifications for the task of design/building the joint justice center.

The Perry County Commissioners, in a May 6 letter, said after a selection committee review, that it plans to proceed with the two design/build teams which received the top scores. They include: Robinson Industrial, Heavy & Commercial Contracting/Goldberg Architects and Zoellner Construction/DillePollard Architects.

“This is a once in a century project for Perry County and to harve four qualified design-build teams participate in this extensive process is humbling to us, our working team and the officials and employees who will call the new facility home,” said Presiding Commissioner Mike Sauer, District 1 Commissioner Jay Wengert and District 2 Commissioner Keith Hoehn in a joint statement.