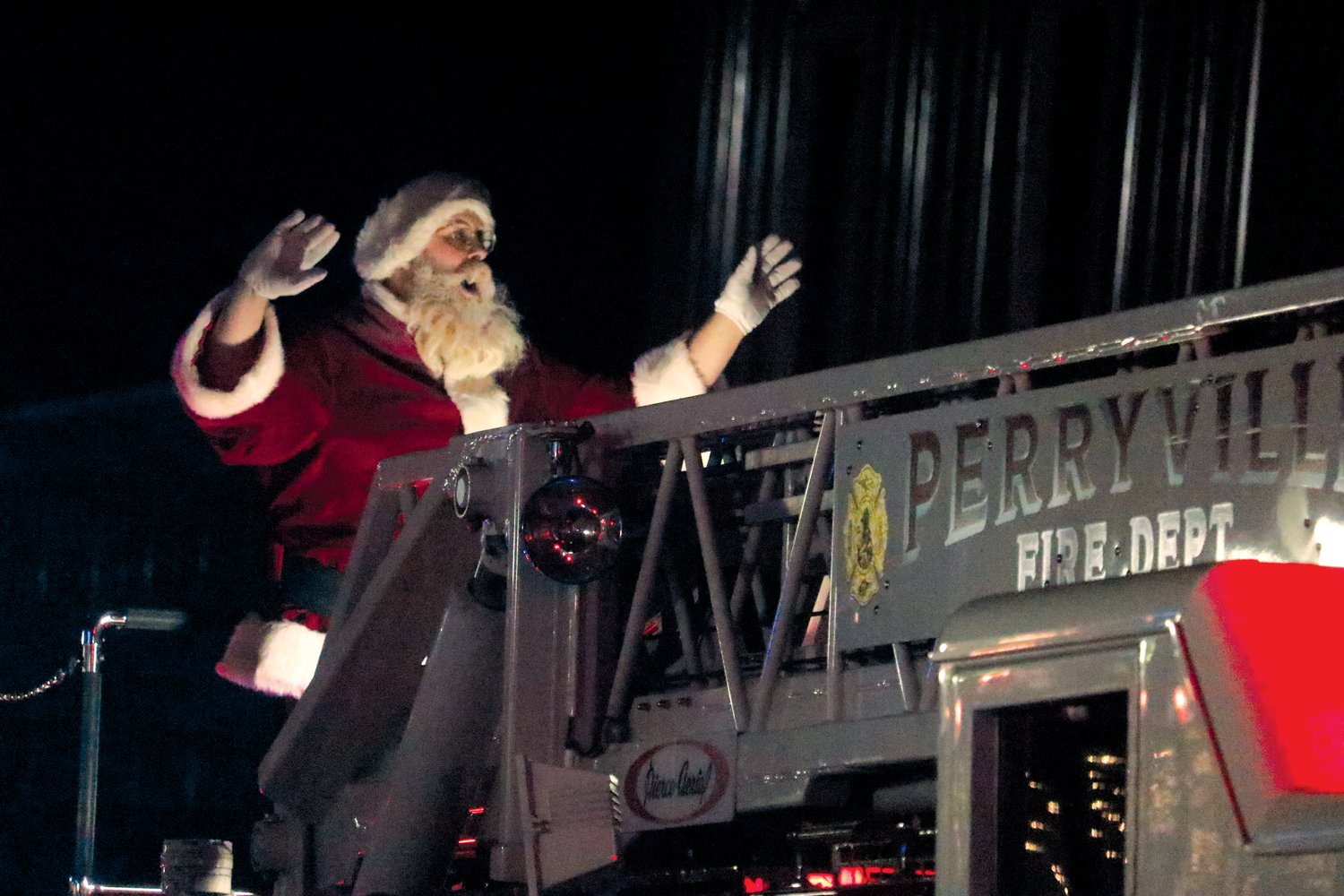 As the song goes Santa Claus is coming to town…literally.
Perryville Downtown Revitalization will host the annual Christmas on the Square event. This will be Perry County Economic Development Executive Director Crystal Jones’ first time hosting the event since she assumed the position in May and she noted it’s a collaborative effort among everyone who helped put it together.
“The planning for this event isn’t just me,” Jones said. “We have a group of volunteers who have been on a committee who work hand-in-hand with Perry County’s committee where they talk about things they want to do for Christmas. What I like about it is that it’s a group of volunteers who come together to do something special for the community.”
The event gets Jones into the Christmas spirit.
“It does,” she said. “It’s fun to talk about Christmas so I’m looking forward to it.”
The event will run from 4-9 p.m on Dec. 3, and will kick off with the St. Vincent Choir singing Christmas carols, and then the parade will start at 5:30 p.m. and run along Ste. Maries Street from the City Park to the Downtown Square. There will be an award for the best float as well. However, probably the biggest attraction will be is that Santa Claus will be in attendance to take pictures with kids and to take note what they want for Christmas.
“Anything with Santa is good,” Jones said. “He will definitely be the focal point of the event.


Not only will Santa be there to hear the Christmas wishes of the children, but they can also send him a letter to make sure he doesn’t forget. Perry County will set up a mailbox so kids can begin writing their letters early and when they attend the event they can drop the letters in the box.
“The county will make sure the letters are sent right on up to the North Pole,” Jones said. “I think the county has a special connection to the elves at the North Pole.”
Along with Santa, there will be a Christmas Tree lighting immediately following the parade, and hot chocolate and s’more kits will be served by Weekend on Wheels. Firepits will be located around the square to keep people warm as they enjoy the event.
Boozy hot chocolate , s’mores, an outdoor movie, and adult activities will be offered at the Warehouse as well.
Along with the Christmas on the Square, the Perryville Area Chamber of Commerce will host its annual “Shop Local” event starting at 9 a.m. that day.
“I think that is the way the group has traditionally liked to do it,” Jones said. “We want to get people shopping in local businesses and then they can hang out and have something to do afterwards.”
Jones is excited to for the event to kick off the Christmas season.
“It’s something to bring the community together,” she said. “We hope to make this Christmas on the Square the best one yet.”