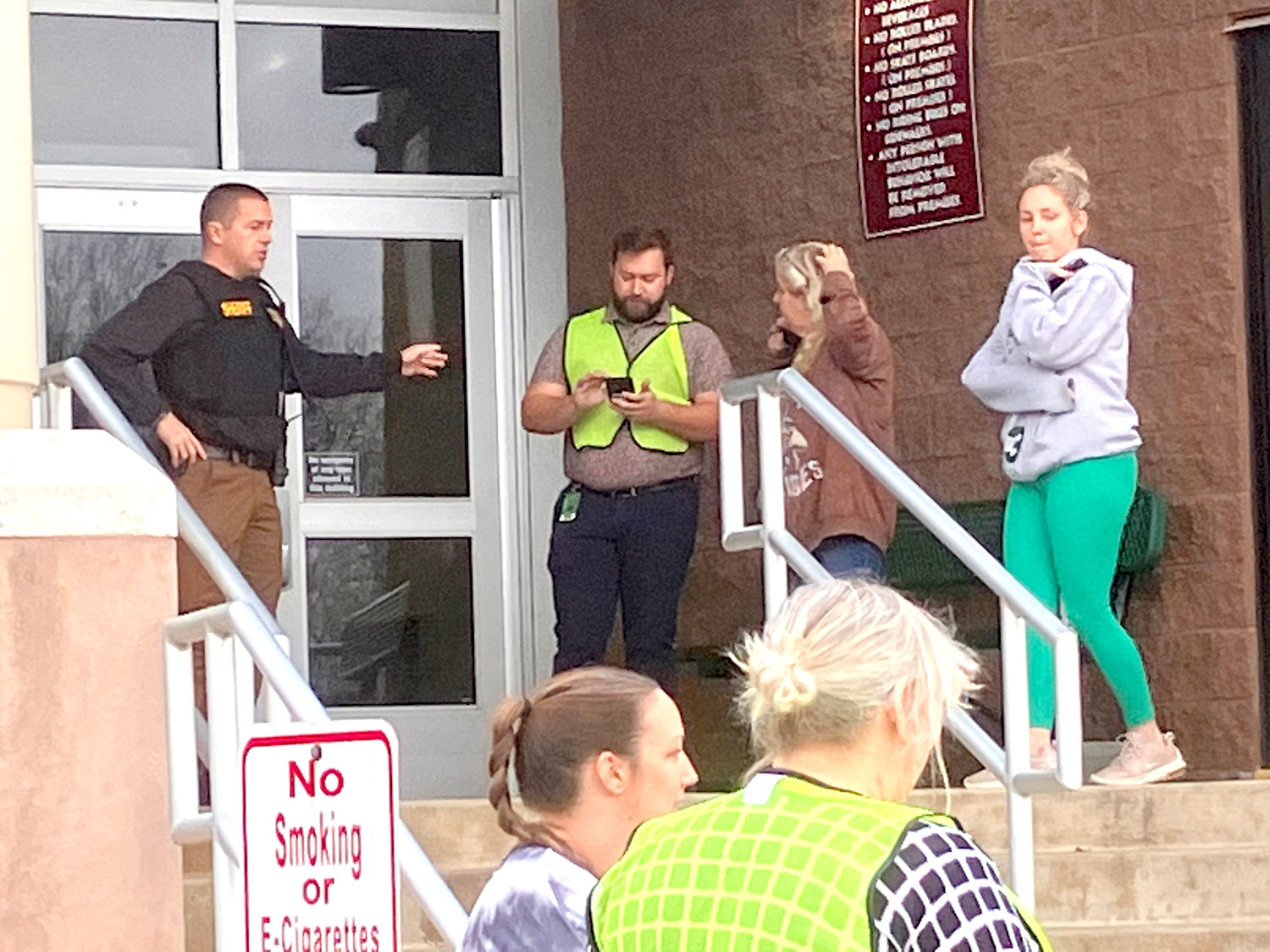 According to investigators, the multiple calls threatening a bomb and a mass shooting on two different days last week at the Perry County School District campus in Perryville were the work of a juvenile suspect who has since been arrested and handed over to juvenile authorities.
The suspect, a recent transfer to Perry County, allegedly made the calls using a voice-over-internet protocol — or VOIP — to disguise the origin of the calls.
In both cases — which resulted in a partial evacuation and a complete campus closure — the threats were determined to be false.
“Through our investigation, it was determined this has been a case of what has become known as ‘swatting,’ ” said Sgt. Jeri Cain, public information officer for the Perryville Police Department.
The practice of swatting, or making a prank call to law enforcement officers in an effort to cause the dispatch of a large number of armed police officers — particularly SWAT teams — to a particular address, particularly that of a rival or a celebrity, has deep roots in online culture.
In 2009, a hacker named Matthew Wegman was sentenced to 11 years in federal prison after a 2005 swatting incident in which he staged a hostage hoax, sending police to the home of a woman who had refused the teen hacker’s request for phone sex.
In 2014, a swatting incident went viral after YouTube streamer Jordan Matthewson became the target of a swatting attack in the middle of a gaming livestream after a viewer called 911 and reported an armed hostage situation at the streamer’s location. The incident was broadcast live.
In 2015, an Oklahoma man shot at police who broke into his home after a swatter made a false 911 call claiming to be the resident and saying he had placed a bomb in a preschool. When authorities raided the target’s house, the resident shot an officer several times in the chest. The officer survived and, after authorities learned the emergency call had not originated from the man’s home, and no charges were filed.


In the case of the incidents at Perry County School District, Perryville Police Chief Direk Hunt said the guardians of the juvenile suspect immediately complied with a request to interview the suspect, who then admitted to making the threatening phone calls.
“The juvenile has been turned over to juvenile authorities,” Hunt said. “Because of the age of the suspect, we are unable by law to release any further information about the juvenile. It will be up to the juvenile prosecutor to determine what charges will be filed.”
Cain said the suspect did not have access to firearms or explosive devices, and Hunt added that it appears the Perryville incidents were likely not the first for this particular suspect.
“I would like to add through our investigation, we were able to obtain information for other jurisdictions about similar incidents alleged to have been committed by this individual,” Hunt said. “We will be contacting those jurisdictions to provide them with any assistance that we can.”
Cain said last week’s incidents were unusual for her department.
“As far as we know, this is the first incident that we have had involving the school and any swatting incident,” said Cain. “It’s not necessarily the first incident that we’ve probably dealt with in the community, but sometimes it’s hard to tell. Is it a misdial? Is somebody calling thinking they’re calling Perryville, Ky., or Perryville, Ohio, and they actually accidentally called us. It’s difficult to say whether we’ve dealt with other incidents or not, but this is the first one that we’ve dealt with involving the school.”
Cain added that last week’s incidents hit a little close to home.
“It always hits a little more personally for those who work in the schools as we see the students as our kids as well,” said Cain, who previously served as a D.A.R.E. officer for 25 years and spent 3 1/2 years as a school resource officer. “I have always told my D.A.R.E. kids, ‘Once you’re mine, you are always my D.A.R.E. kid.’ I have D.A.R.E. kids in their early 40s now. When I started, we taught high school, middle school, and elementary D.A.R.E.
“For me, when something like this happens, the mama bear does come out and I want to protect my kiddos even more.”