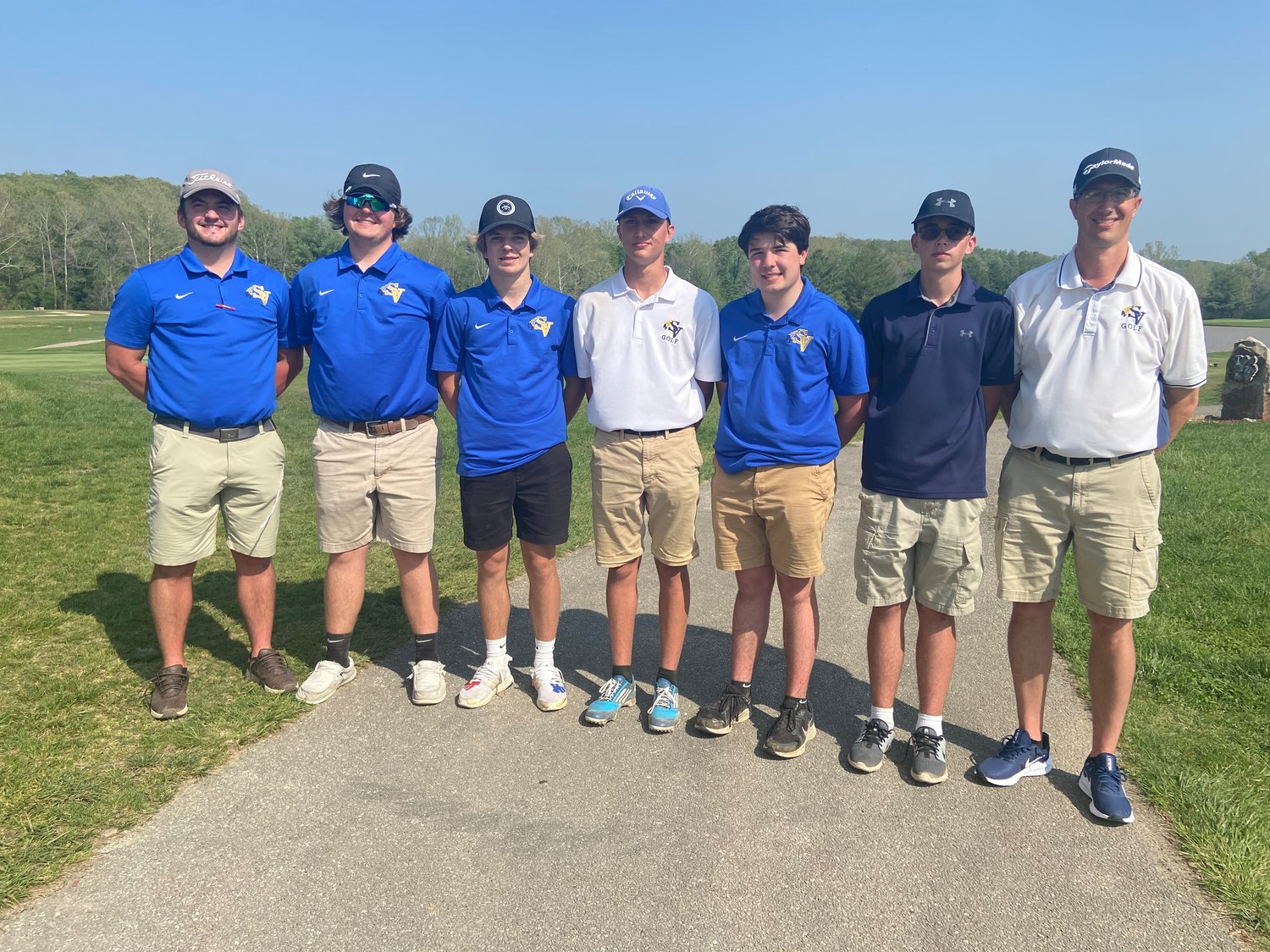 The St. Vincent golf team has had postseason success in recent years. In 2019, the team finished sixth as a team at the state meet. Last spring, the Indians sent three golfers to the last meet of the year.
That roll continued in 2022. St. Vincent sent two golfers onto the state meet on Monday. Sophomore Payton Strattman finished tied for eighth and senior Noah Anderson finished tied for 18th in the Class 1, District 1 tournament at Deer Chase Golf Club in Linn Creek. It will be Anderson’s third trip to the state meet and Strattman’s second.
Strattman shot an 81 (+13) to tie with George Douglass from Fulton School at St. Albans. Anderson shot 92 (+24) to tie with Christian Hartlein of Bloomfield. Anderson and Hartlein were the last two individuals to make the cut.
“They both shot really well,” St. Vincent coach Tim Schumer said. “To move onto state is a great accomplishment for both guys.”
The Indians finished fifth as a team with a combined score of 374. Linn High School (318) and Eugene (352) qualified as a team after finishing first and second respectively.
Garrett Brickhaus narrowly missed the cut, as he tied for 27th after shooting a 96. Logan Hornberger (105, tied for 46th) and Mason Light (118, tied for 66th) rounded out the Indians’ day.
Strattman and Anderson will compete in the two-day state meet this Saturday, May 14 at Rivercut Golf Course in Springfield.

To hear Perryville golf coach Justin Dreyer say it, his team had the best day of their season on the course. However, it wasn’t quite good enough to qualify for state. The Pirates finished ninth with a score of 443 in the Class 3, District 1 tournament at the St. Francois Country Club in Farmington on Monday.
Perryville won’t send any individual golfers to state.
Brandon Martin had the best day for the Pirates as he tied for 35th with a score of 110. Kaden Laurentius, Dillon Schlimpert, and Chase Richardet finished one stroke behind their teammate with a 111. Ben Rehagen rounded out Perryville’s day with a score of 141.

Indians use defense to move on to title game