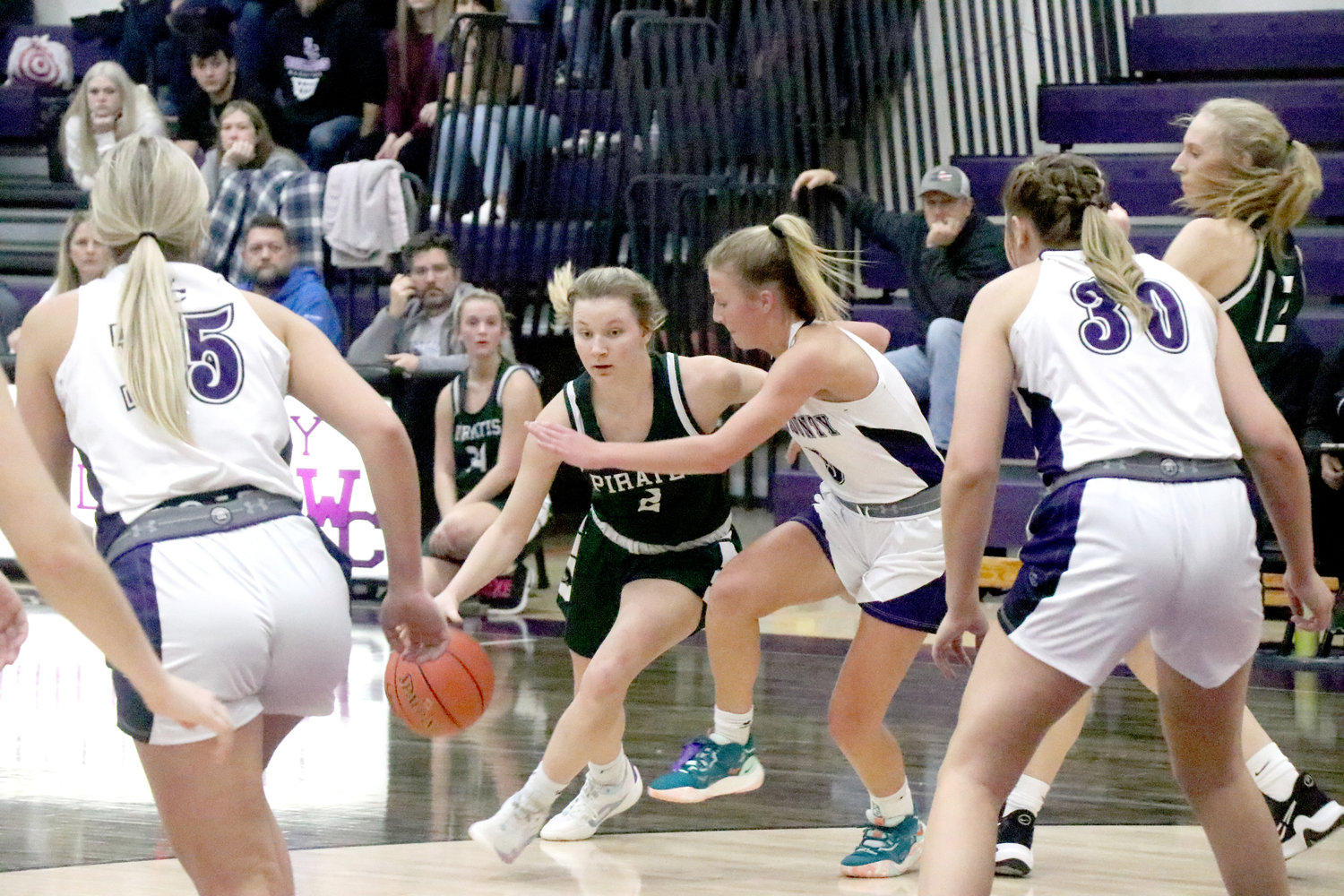 It was a familiar feeling for the Perryville girls basketball team during the holidays.
The second seed Pirates played well for a large majority of the game, but free throws and three-pointers doomed Perryville in the fourth annual FSCB championship game against top seed West County, 52-41.
Perryville has fallen to West County over the holidays and in every version of this specific tournament and sixth overall.
“West County is obviously a very good team,” Perryville coach Jason Dreyer said. “They went to the final four last year and return a lot of the same players. We knew it was going to be tough. We battled really hard. “
However, the game was won by the smaller details.
Perryville went 4 for 14 from the free throw line, while West County went 14-20. (10-13 in the fourth quarter) West County also out shot Perryville from the three-point line 7-3, including four from Gracie Wright.
“West County hit those seven threes and they had some girls making them that usually don’t,” Dreyer said. “In the last game in this tournament we were 31 for 39 from the free throw line and tonight we were 4 for 14. I felt like the free throw line and the three-point line really hurt us.”


Perryville was led by16 points from Kyla Schurbusch and 13 points from Brooklyn Moll. However, no other player was in double figures as Katie Clifton and Rachel Riney each had four points.
For West County, (11-1) Wright finished with 14 points, while Alexis Hedgecorth had 11 points, while Alivia Simily passed out 11 assists.
West County jumped out to a 9-4 lead after a breakaway layup prompted a Perryville timeout. The Pirates responded with good energy and a putback by Clifton at the first quarter buzzer narrowed the deficit to 11-9.
Wright hit back-to-back threes in the second quarter, and that lead eventually grew to eight points when Schnurbusch and Moll hit three-pointers that brought Perryville back down just two points. However that was as close as the Pirates would get as Wright hit a three with 10 seconds to go in the second quarter and West County went into halftime ahead 29-21.
The Bulldogs held Perryville to four points through the first six minutes of the third quarter and opened up a 38-25 lead. Schnurbusch hit a three to get the Pirates to 40-32 but that was as close as they would come.
West County got to the free throw line time and again in the fourth quarter to keep the Pirates at bay.
Dreyer felt like his team had a good week overall despite the loss in the title game. Perryville defeated Bismarck and avenged a loss to Hillsboro in the semifinals. The Hawks defeated the Pirates by 20 points in December.
“We had a great week,” Dreyer said. “We had four days off before we headed here,” Dreyer said. “Honestly we played really well today, they just made a couple more shots than we did.”