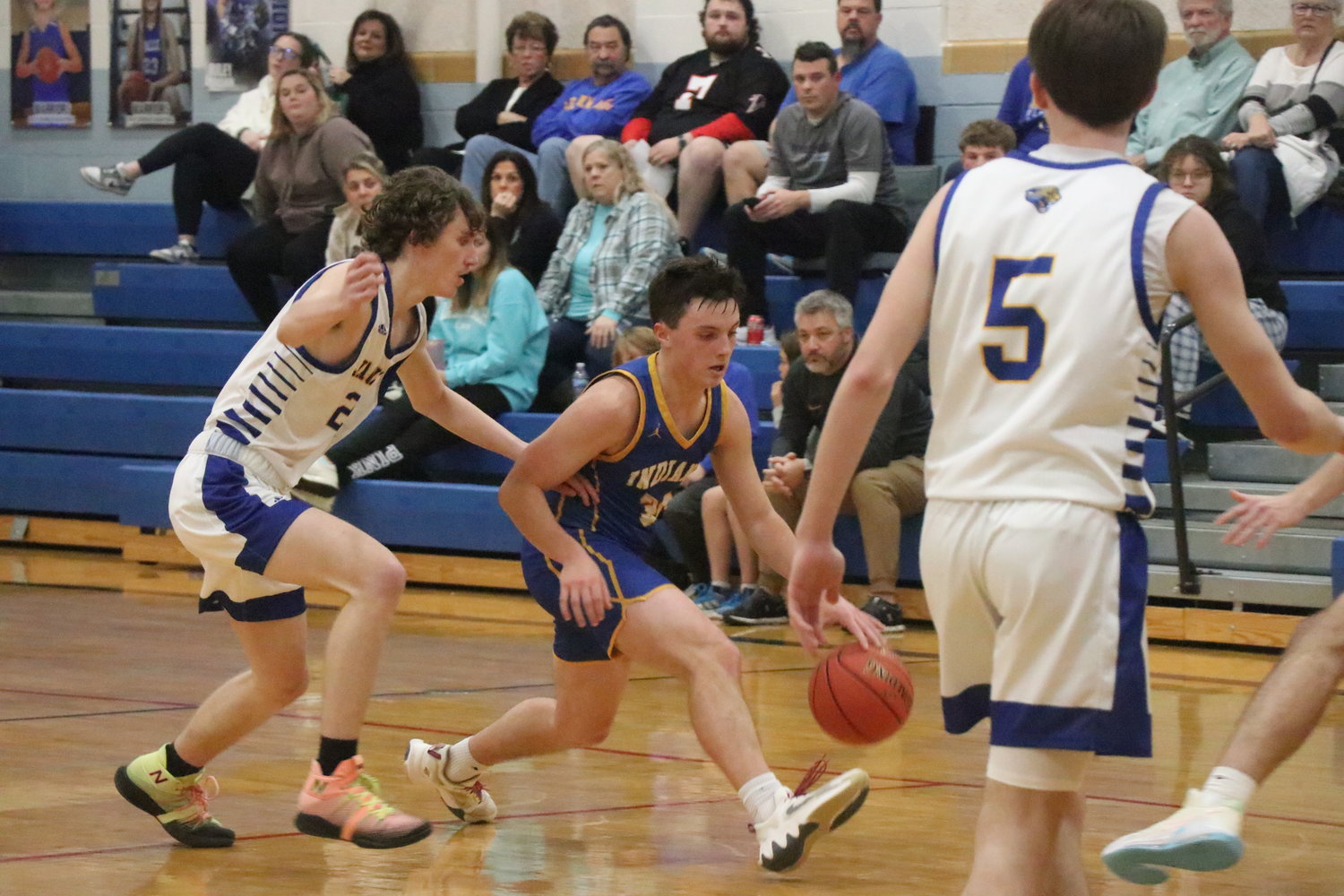 St. Vincent boys basketball coach Bruce Valleroy used the word TEAM over and over again when discussing his team’s performance on Thursday.

“You can put that in capital letters too,” he said. “That’s the headline right there.”

Four seed St. Vincent pulled away in the fourth quarter as it upset three seed Seckman 78-57 in the championship game of the Winter Warrior Classic at Valle Catholic High School. It is the Indians first tournament title since 2018.

“It doesn’t matter if you win at cards, dominoes, fantasy football, or win basketball tournaments,” Valleroy said. “Winning championships is something special.”

St. Vincent excelled at that team-centric formula as it had four players in double figures.

Simon Unterreiner led all scorers with 23 points, while Grant Abernathy had 20 points and Dylan DeWilde had 17.

For Seckman, Caden Lappe had 19 points and Colin DeBold had 15. The Jaguars went 3 for 23 from three-point land in the game and shot 32 percent from the field.

Despite the poor shooting by Seckman, St. Vincent still led just 53-47 after back-to-back baskets by Seckman to open the final quarter.

From there it was all Indians.

St. Vincent went on a 12-0 run highlighted by a dunk by Monier that ballooned the Indian lead to 65-47. In all, St. Vincent outscored Seckman 25-14 in the fourth quarter alone.

“We had everyone step up tonight,” Valleroy said. “When it wasn’t Grant making shots then it was Dylan and Simon in the post. We had some foul trouble in the second half and we needed some people to fill those roles to get us through some crucial stretches tonight. Everyone that came in did something positive to win this championship.”

“He always has the green light and will get yelled at if he passes up an open shot,” Valleroy said. “He passed one up the other night and he heard about it. He’s one of the few players I’ve ever had that always has that green light. Grant was big throughout the game.”

Seckman made a 8-0 to cut the lead to just two points near the end of the second quarter, but Monier hit a contested three at the halftime buzzer to put the Indians ahead 31-26 at the break.

While Abernathy took care of the first three quarters, he didn’t score in the fourth. That was DeWilde and Unterreiner’s time to shine. The pair combined for 18 points of the team’s 25 in the final quarter.

“They did a great job in the post on number 23 (Lappe) and had a scoring touch down there especially late,” Valleroy said.

The tournament championship game is the culmination of a great week that saw the Indians upset top-seed Kingston and edge Saxony Lutheran, who went on to win the consolation bracket. After starting the season 4-4, the Indians have won four straight games.

“All these teams are evenly matched if you look at the last day of the tournament,” Valleroy said. “I would say that we are progressing in the right direction. We are starting to gel together, but we don’t want to peak too early.”

St. Vincent has a tough stretch in its schedule coming up that involves traveling to Advance, Oran, and conference opponent Crystal City.

“We will find out a lot about ourselves in the next couple of weeks,” Valleroy said. “I like the way we are playing right now.”

Abernathy, Monier, and Unterreiner were named to the all-tournament team.