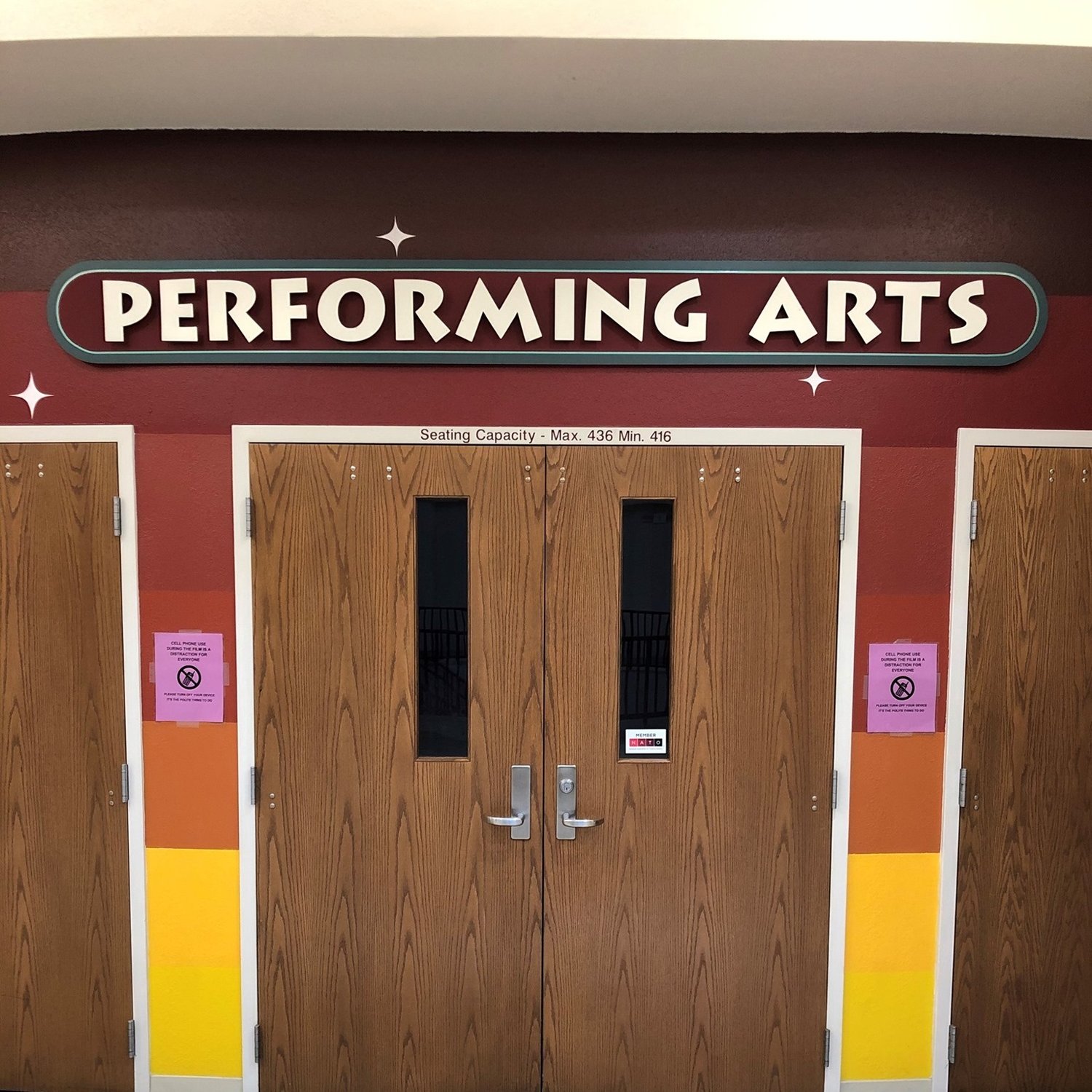 The Perry Park Center theatre will soon be back in full operation.
The theatre finished installing a new laser projector on Wednesday and Perry Park Center Theatre and Concession Supervisor Derek Boxdorfer couldn’t be more excited.
“What that means is instead of a bulb inside to light up the picture, it is all done through lasers,” he said.
Boxdorfer noted that the laser projector should be a little easier to operate and maintain
“The maintenance should be a little easier because it doesn’t have a bulb that has a life span,” he said. “After that the bulb would be out and has to be replaced. With a laser projector there is no limitations like that. It also takes less energy to run it. You can compare it to your light bulbs at home and the LED lights.”
The new Barco laser projector should offer a better overall picture as well.
“The projector will give us a better picture in terms of crispness and brightness,” Boxdorfer said.
Boxdorfer noted the Park Center has had trouble with its projectors for the past year or so.
The old projector went out in August 2021. Boxdorfer ordered a part and it wouldn’t be in until April 2022.
“We decided instead of waiting that long that we should get a new projector,” Boxdorfer said. “We ordered the new projector in early December 2021 and we expected it within six to eight weeks.”


That wasn’t the case.
“Turns out that the projector has those chips in it that have had trouble being produced,” he said. “That pushed it back to where we got it a few days ago. Funny thing is that we ordered that new projector to save us time on that part. However that part came in around April and we ended up using the part to get the old projector up and running again.”
Boxdorfer is expecting the new projector to last at least 15 years.
“They are fairly new to cinemas, but they claim that as long as everything is kept up maintenance-wise and nothing crazy happens, it could last up to 20 years or more.”
The Park Center last replaced its projector in 2012, which Boxdorfer noted is about the time to start looking into replacing one.
“Technology advance so quickly, so by the time 10 years rolls around, projectors might have parts that have been discontinued or the technology is becoming obsolete. Every 10 years they recommend seeing what’s on the market. It just happens to be now for us.”
Along with the new projector, the Park Center will have a new screen too.
“The old screen was special at the time because we were doing 3-D movies,” he said. “Since then we haven’t continued to do that so we switched to a white canvas screen. It should also help the viewing experience.”
The Park Center shows movies Monday-Friday at 4 p.m. and 7 p.m., Saturdays at 2 p.m. and 7 p.m. and Sundays at 2 p.m. only. For more information on movie times look on Facebook at Perry Park Center-Theatre.
“The new projector should make the movie going expereince better for everyone,” Boxdorfer said.