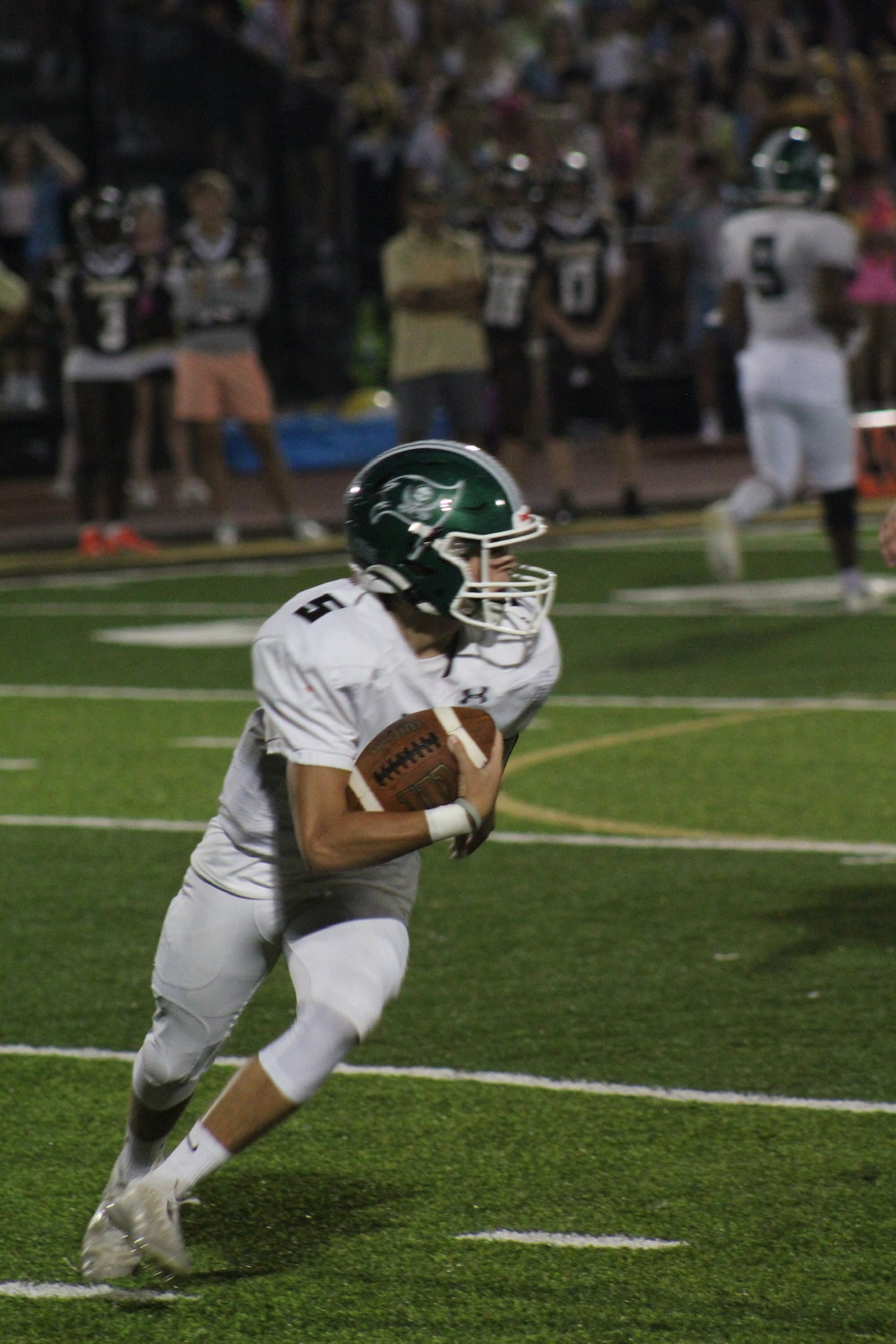 To some degree it was the same story as week one for the Perryville football team.
The offense struggled for much of the game and the defense could not sustain its intensity for the full four quarters as Perryville fell to Windsor 28-7 on Friday at Windsor High School.
However, as was not the case in week one, Perryville struck first in the opening quarter with a touchdown by Tyler Rhyne.
The Pirates still held the lead at halftime 7-6.
However, that would be all the offense the Pirates would be able to muster for the game.
“Perryville coach Brent Roth felt like his team had opportunities to score, but didn’t capitalize.
“It felt like we kept shooting ourselves in the foot,” Roth said. “We couldn’t get all 11 guys to do the right thing at the same time. Whether we missed a block here or other little things that killed our drives. Windsor gave us chanches to get back in the game, but we couldn’t capitalize. We had a chance for a pick-six and a few fumbles.”


In the first half, Roth felt like his team was running the ball well.
“We may have gotten away from the running game too quickly,” he said. “We probably have continued to run the ball on them. When you do that you need a 10-12 play drive together, and when we tried to do it we would make a mistake and lose that momentum.”
Perryville has scored seven points in the first two games of the season, and Roth said the solution is very simple.
“I think it’s just fixing those mistakes,” he said. “Our scheme is fine. It’s just about fine tuning things and eliminate those mistakes and bust a big play here or there.”
Roth believes that sustaining offense will also help the defense from being on the field too much, which he believes is part of the problem as well.
“The defense has been fine,” Roth said. “The offense has been putting them in bad positions and they have been out there on the field too much which can lead to fatigue and missed tackles.
Perryville will play St. Vincent on Friday at 7 p.m.
“We are two teams going in different directions right now,” Roth said. “We need to find a way to fix some things and be ready to go on Friday.”