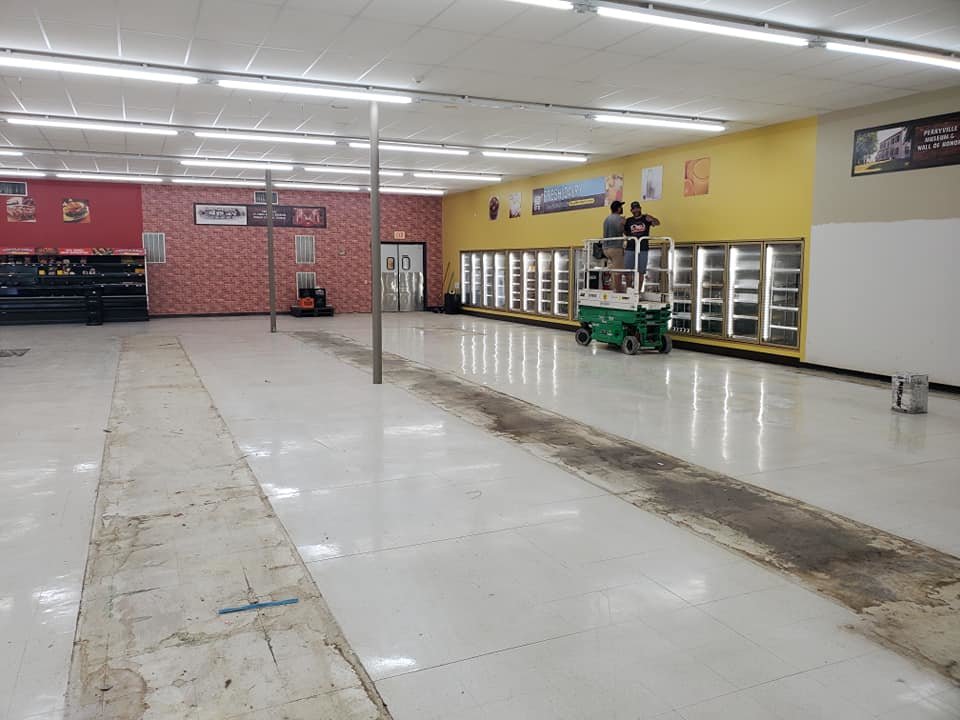 The residents of Perry County will see a slight change in a grocery store in the coming week. Perryville Market changed hands in terms of ownership and will once again be a Save-A-Lot.
“This was not a decision made lightly or hastily. The store is doing great and it was not an issue of having money problems or anything of that nature,” A Perryville Market Facebook post said on May 22. “Running a business in this economy is difficult, yes, but that is not the reason for this change. An opportunity to bring a company like Save-a-Lot to this community is the main reason for this decision because we believe it will benefit Perryville.”
Co-owners Matthew Kohm and Samantha Fahnestock bought Perryville Market in January 2021, but will still serve as store manager and assistant manager with the new ownership and name. Kohm worked at the store under then-owner John McDaniel, who built the store in 1989, for 10 years, worked through college, before going into teaching. Kohm came back to town and got back into the store before becoming the store manager for Alkievs and when it was renamed to Perryville Market in September 2020
The store itself has been around for more than 35 years and has undergone several name changes.
Kohm believes there will be a lot of change under the Save-A-Lot moniker, that will serve Perryville in a positive way.
“I think it will be better for the community because it will be able to bring a lot more sale items,” he said. “Things will be different than anywhere else in town. They will be very competitive in pricing and even aggressive in some cases. It will be great to see the different changes that will happen.”
What exactly are those changes? Kohm noted that they will be extensive.
“There’s going to be a lot different look,” he said. “There’s going to be new shelving and a lot of different things like that coming in. I think it will be good to see the differences. We will still have all the cleanliness, and we always strive for our customer service to be the best in town.”
Kohm noted that the staff will stay intact in the ownership change.
“No one is losing their job,” he said. “I’ll be the store manager, and Samantha will still be the assistant manager. Everyone else will stay in their same positions.”
The store closed Monday, June 13 and will stay closed through the end of the week, with the hopes of reopening on June 20.
“Depending on how the renovation of the store goes, is how soon we will be opened back up,” Kohm said. “It could be later because there is a lot of things that has to be done in that time frame.”
Whenever the store opens, Kohm is excited to see its new direction.
“It’s going to be a big change, especially with all the renovations,” Kohm said. “That week will be a little busy.”

Justin Hotop can be reached at jhotop@perryvillenews.com.