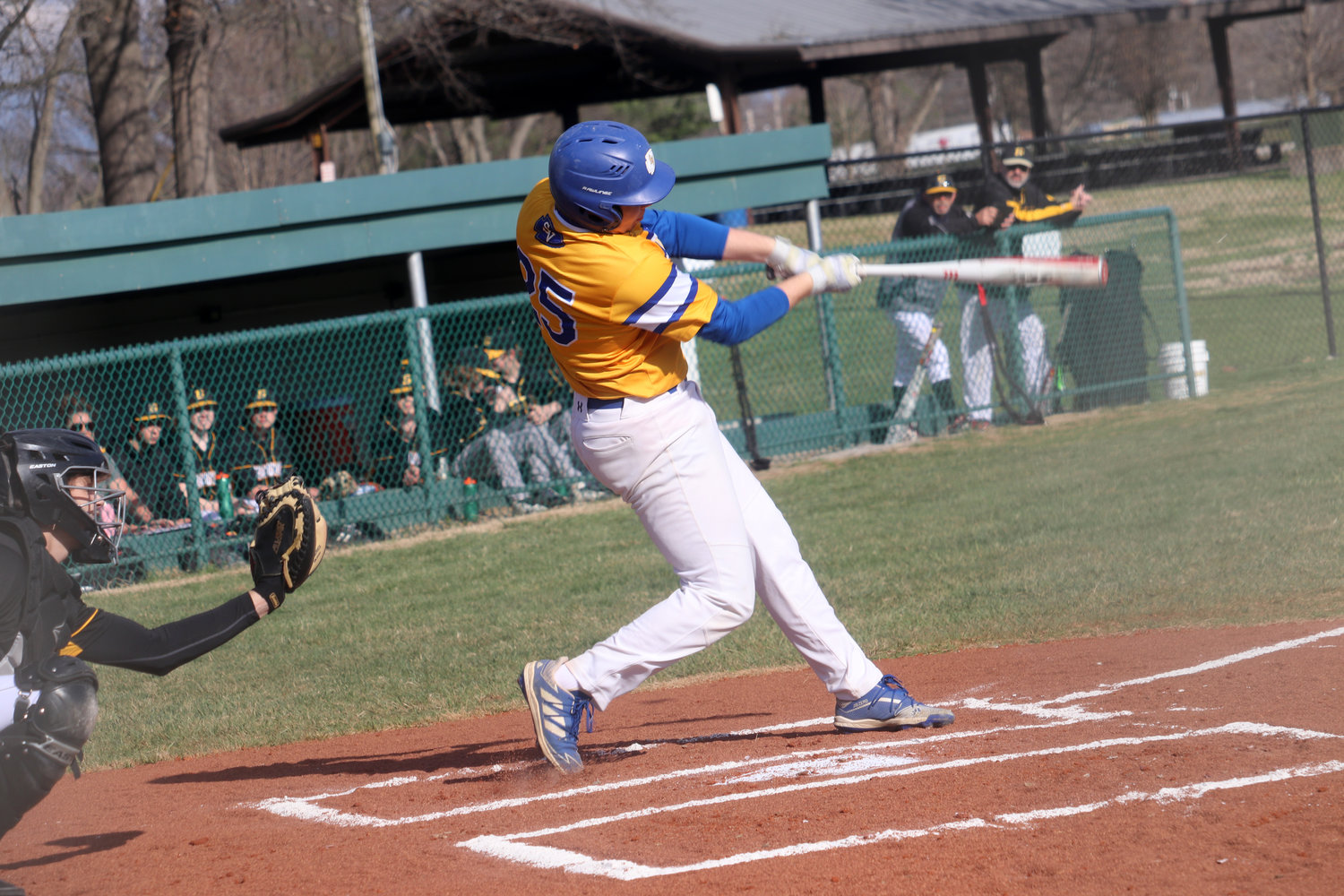 The St. Vincent baseball team’s main opponent for the last month has been Mother Nature. That fact has not been lost on St. Vincent coach Corey Sauer as much as it was on Monday.
The Indians had to postpone, and possibly move, yet another game because of rain.
St. Vincent tried to play against De Soto, and the gametime was even pushed back an hour to allow the rain system to pass through the area, but to no avail.
The Indians have played just five games since April 9, and Sauer admitted that it has been tough to gain any sort of a rhythm.
“It’s so hard in the spring because you will go one week playing four games and another where you play four,” Sauer said. “It’s literally had a chance of rain or rained every home game we have had this year. Our season is short with about 20 games and it’s hard for the guys to get constant at-bats and do things when we had to practice inside or going one week between live at-bats. It’s hard not only for us, but every school right now.”
In the games the Indians have played Sauer noted there have had its ups and downs.
“I would like our record to be a little bit better,” Sauer said. “I think we let a few games get away from us this year. Overall, we are pleased with where we are.”
Sauer said the pitching has been a strength of his team this year. Blake Monier has appeared in seven games (four starts) and been the most effective pitcher. Monier leads the team in most categories including wins (four) strikeouts (26), innings pitched (28 2/3) and earned run average (2.19).
The weather has sort of dictated that Monier sees the mound more than anyone else.
I think he gives us the best chance to win and he is very efficient when he is out there,” Sauer said. “He has only hit the max pitch count twice this year. When you are only playing one game per week, it’s like why not throw him in this game in some way.”
Sauer noted that Lucas Schilling and Liam Krauss and Grant Abernathy are having productive seasons on the mound as well. Pitching has been a strength of his team in their wins.
I knew going in we had some solid arms,” Sauer said. “So that really doesn’t surprise me.”
When things are going good offensively, they are led by Kaden Kassel’s .355 average. The Indians boast three players with over a .300 average (Jacob Kapp and Schilling). They are not driving pitches out of the ballpark with just Trevor Monnier being the only player to hit a home run this year, so they have resorted to small ball, primarily on the basepaths. The Indians are a perfect 46-for-46 on stolen bases this year through 13 games with Abernathy leading the way with 10.
“We are aggressive on the basepaths,” Sauer said. “Taking advantage of other team’s mistakes as been a big part of our offense so far. We don’t have that one guy that is driving the ball out the park. Timely hits, stolen bases and taking the extra base when it is available has been our main focus.”
St. Vincent has three home games remaining this year with the last being Monday, May 9 against Leopold, before St. Vincent hosts districts starting May 12. Sauer believes his team is playing well to make a postseason run.
“I think we can compete with anyone on our schedule,” Sauer said.
St. Vincent (7-6) is comparable with the teams in their district which include Bismarck (8-7-1), Brentwood (6-5), Crystal City (7-6), Principia (7-9) and Valley (3-8).
“We could be seeded anywhere,” Sauer said. “The teams don’t have many common opponents because we are so spread out, but I think we can play with anyone there and make a deep run. We are on the right track.”