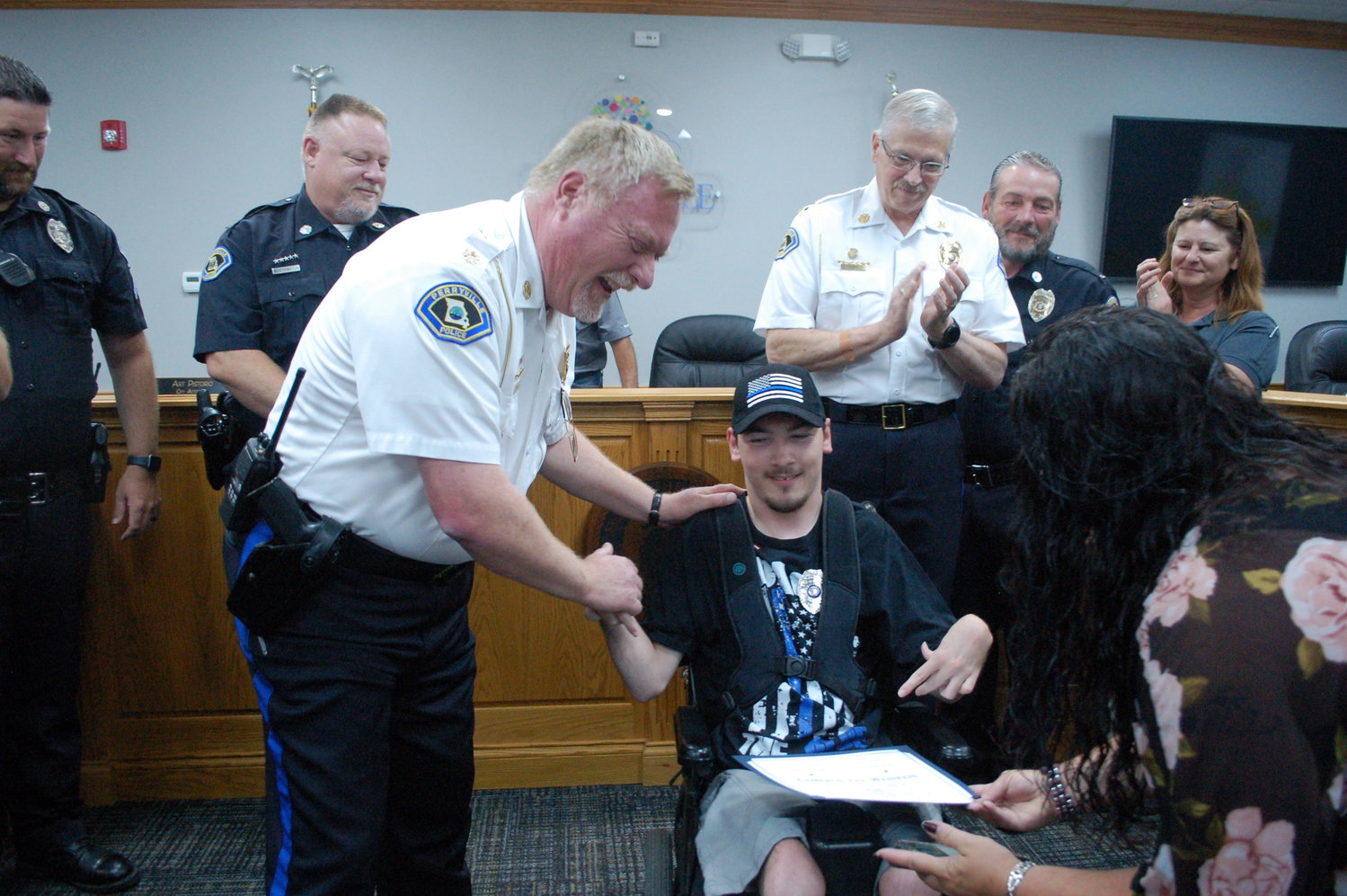 A large group of family and friends gathered at Tuesdsay’s Perryville Board of Aldermen meeting for a special moment as 21-year-old Cameron Weinkein took the oath of office as an honorary police officer.
“Do you Cameron Lee Weinkein, solemnly swear that you will present yourself with honor and integrity, and uphold the values of the police department, and will you do your best to help the citizens of Perryville and make the city of Perryville a special place to live,” city clerk Tracy Prost asked.
As part of a proclamation, Mayor Larry Riney and Police Chief Direk Hunt appointed Weinkein as an honorary police officer for the city of Perryville. A badge and special American flag pin were placed on Weinkein’s shirt by Hunt and assistant police chief Bill Jones. Other members of the department who were in attendance took turns congratulating Weinkein before a group picture was taken.
Cameron is the son of Kathy and Charlie Maca. Steve Weinkein is his stepfather.
“Cameron has loved listening to his scanner ever since he was a little boy,” said his mother, Kathy. “He’s always wanted to be a police officer.”
City administrator Brent Buerck believes this to be the first time the department has recognized an honorary police officer. “Being a police officer is a sacred and noble calling,” Buerck said. “I love it when young people understand and appreciate what police officers do for our communities. Cameron is a special young man and I’m proud that he wanted to be a police officer.”
Perryville Mayor Larry Riney commended the honorary presentation later in the meeting.
“Anyone who doesn’t think Perryville is a wonderful place to be should have been here tonight,” Riney said.