Christmas Church Tour to be highlighted on program this weekend 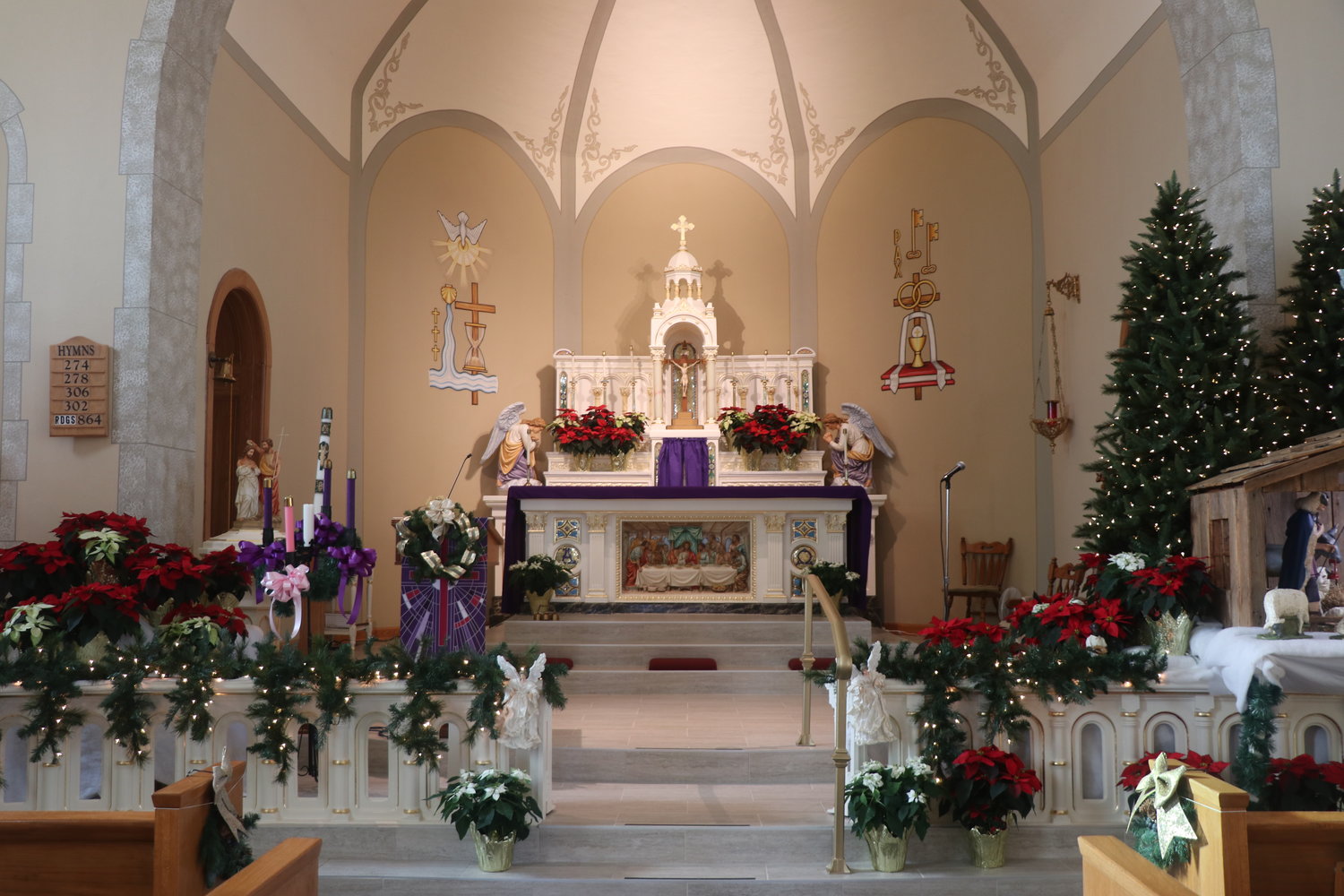 The Christmas Country Church Tour has hit the big time, well regionally at least.
The long-time event will be featured at “This Week in AgriBusiness” this Christmas weekend.
“It’s huge for us here that someone feels like we deserve the whole entire hour to showcase our unique tour,” Perry County Heritage Director Trish Erzfeld said.
The program, which is hosted by Max Armstrong, featured the tour last Christmas season, but Perry County’s event was coupled with a few different events in other states such as Kansas and Nebraska.
That is not the case in 2022. Perry County gets the whole hour to itself.
The church tour began on Thursday, Dec. 15 and continued Friday, Dec. 16. The event is a self-guided driving tour that allows participants the chance to visit rural churches decked out in Christmas decorations. The 38 churches which made up this year’s tour were spread out among Ste. Genevieve, Bollinger, Perry, Cape Girardeau counties as well as Kaskaskia, Ill. That number is up from 32 churches that participated in 2021.
Each one of the churches on the tour have a great deal of history that visitors are often interested in. All but three churches on the tour are 100 years old, and several that are 175 years or older and three that have reached the 200-year plateau.


Erzfeld felt like the event went quite well.
“It was fabulous” Erzfeld said. “We continue to be impressed with how many people are coming and how far they are driving to get to Perry County. We had people coming from places one hour south of Dallas, and we had more than one family from Texas. We had one lady from Colorado and I also ran into a family who has come to the event from Memphis for the third year. We are really getting our reach out there.”
Some of them have also been key in bringing certain denominations and traditions to the region. For example, St. Mary’s of the Barrens Catholic Church Association of the Miraculous Medal was the first seminary west of the Mississippi River, the Lutheran Heritage Center and Log Cabin College in Altenburg led to the birth of Lutheran Church— Missouri Synod, and the Old McKendree Chapel in Jackson was the first Protestant church to be established west of the Mississippi River.
The Immaculate Conception Catholic Church in Kaskaskia is currently on their fifth building and is over one century old. The altar on the church dates to the 1700s. Getting back to each churches historical roots is a big focus for Erzfeld each year during the event. Each church on the tour has a registry book that visitors are encouraged to sign. In doing this, can also tell where they are visiting from, giving Perry County Heritage Tourism a better idea of how many people attended and where the attendees are from. Erzfeld estimated that at least 1,000 people attended this year’s event.
“We had that many if not more,” she said. “That’s not the number that we were able to estimate from our registration and not everyone goes to the same church. Some people go to two or three and others try to make a trip out of it and go to all 38. That would probably take both days to do, and you still may not get to them all.”
The program will run on RFD-TV this Saturday, Dec. 24 at 7 a.m., and Christmas Day at 9:30 p.m. It will also run at 5:30 a.m. on Dec. 26. RFD is carried by DirecTV, Dish Network and other cable systems.
It will also run on KFVS-12.1 Saturday, Dec. 24 at 6 p.m. and on KFVS 12.2 at 7 a.m.
The show can also be viewed on the Farm Progress websites including www.missouriruralist,com and www.farmfutures.com .