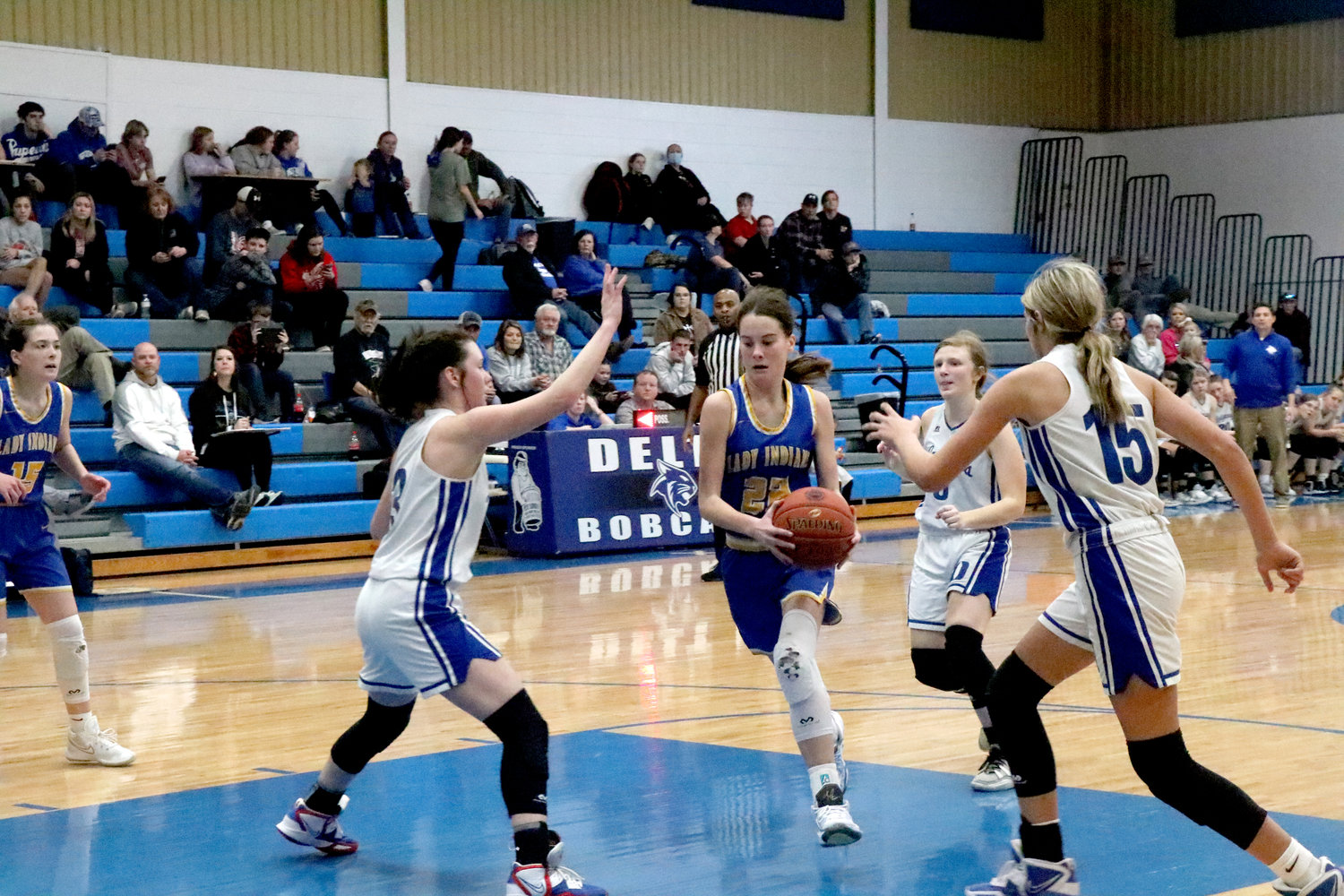 A record-breaking performance helped the St. Vincent girls basketball team roll to a key victory.
St. Vincent sophomore Allie Patrick poured in 33 points, including seven three-pointers to guide the Indians to a 71-30 victory over Chaffee on Monday.
The seven three-pointers set a school record previously held by Chelsey Brown since the early 2000s, when Brown made six in a game. Patrick tied the record earlier this season during the Delta Tournament.
“The team kept finding Allie and getting her the ball and she kept making them,” St. Vincent coach Mel Kirn said. “
To go along with Patrick’s big night, Lana Adams had 19 points, while Haley Emmendorfer had seven points. The Indians had a good night all around as the team made 10 three-pointers in the game.


“We had a great night of shooting,” Kirn said. “We had a cold night of shooting the other night when we played Grandview and scored 30 points and then we had one of those hot nights against Chaffee. That’s the way basketball is.”
The Indians jumped out early as the press allowed St. Vincent to get ahead 21-4 in the first quarter
“That set the pace for the game,” Kirn said. “Then we came out again in the third quarter and outscored them 19-13. I’m impressed more with our third quarter and when we come out ready to play. That was the downfall for us against Grandview. I didn’t feel like we could do anything in the third quarter in our last game until the last few minutes.”
Chaffee (10-5) was a key game for St. Vincent in the district seeding. The Indians have beaten Advance and now Chaffee who are both in the district with the Indians.
“You really can’t do anything with hot shooting and when you come out and shoot the ball really well like that, not many teams can deal with that,” Kirn said. “Chaffee was playing good defense on us, but we needed a game like this because the last few games were not up to our potential.”