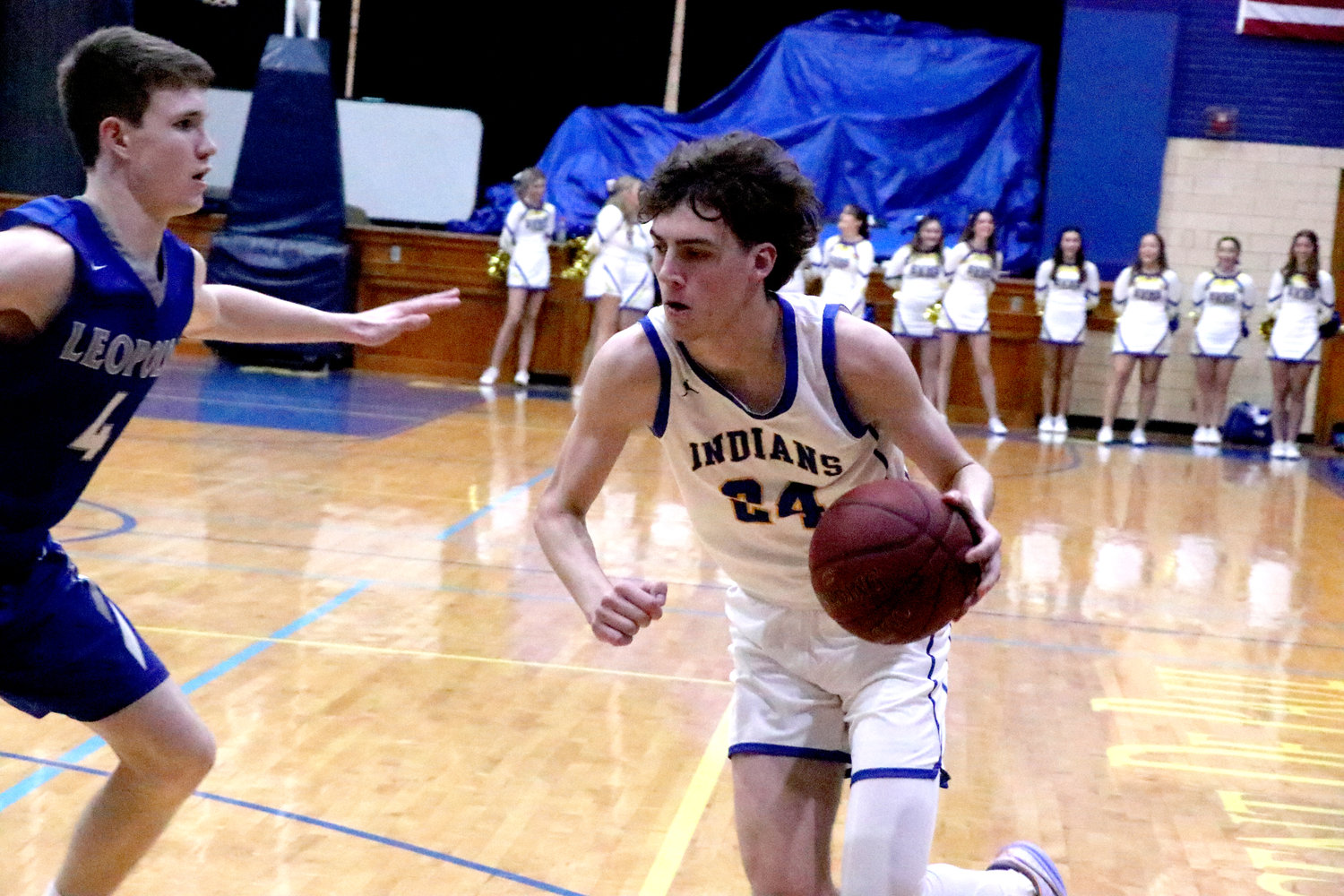 St. Vincent boys basketball coach Bruce Valleroy felt like his team could have played better in the last week. Despite a six-point halftime deficit to Oran last Friday, the Indians lost by 30. Valleroy wanted to get his team playing well again.

That happened on Tuesday.

St. Vincent used a big second quarter to sprint ahead of Leopold for a 74-46 victory at St. Vincent High School.

“I didn’t feel like last Friday, we gave it 110 percent the whole game,” Valleroy said. “I thought tonight we played with a whole lot more energy and desire and it showed.”

The Indians played without point guard Blake Monier who sprained his ankle in the fourth quarter against Advance Jan. 9. Monier missed the Oran game.

With Monier out it really doesn’t change what Valleroy wants to do strategically.

“We still are trying to do the same things,” he said. “It’s just that other people have to step up. When someone is averaging 18 points per game, we have to try to find someone to pick up the slack. I thought some people did that tonight.”

Simon Unterreiner led the way for the Indians with 22 points, while Jacob Schremp had 18 and Payton Strattman had 11 points.

“I thought Jacob and Payton picked up the slack and Max Wheeler helped us out as we’ve kind of threw him in the fire and started him because we needed another ball handler in the lineup,” Valleroy said.

The Indians led 17-9 after the first quarter and Leopold was keeping it close as Mikey Wolfe, who led Leopold with 19 points hit a three-pointer to narrow the Wildcat deficit to 21-14 with 5:30 left before halftime.

That’s when the Indians took over.

St. Vincent went on a 14-0 run that was highlighted by three-point baskets from Schremp and Strattman. It turned what was a narrow led for the Indians into a 35-14 advantage. Leopold made just one basket in the final five minutes of the second quarter and had four points as St. Vincent went into halftime up 39-18.

“When you hold a team to nine points in the first two quarters,, you are going to win or at least be in a bunch of games,” Valleroy said.

The Indians forced 16 turnovers, while having just eight themselves.

While the first and second quarters were excellent for St. Vincent, Valleroy would like to see his team be better coming out after half. Leopold and St. Vincent each had 15 points in the third quarter.

“That’s been our bad quarter,” Valleroy said. “ would like to see us come out with a little more intensity. We kind of sleep walk a little bit. But we will enjoy this win and try to put a streak together.”

St. Vincent will take on Ste. Genevieve on Jan. 24