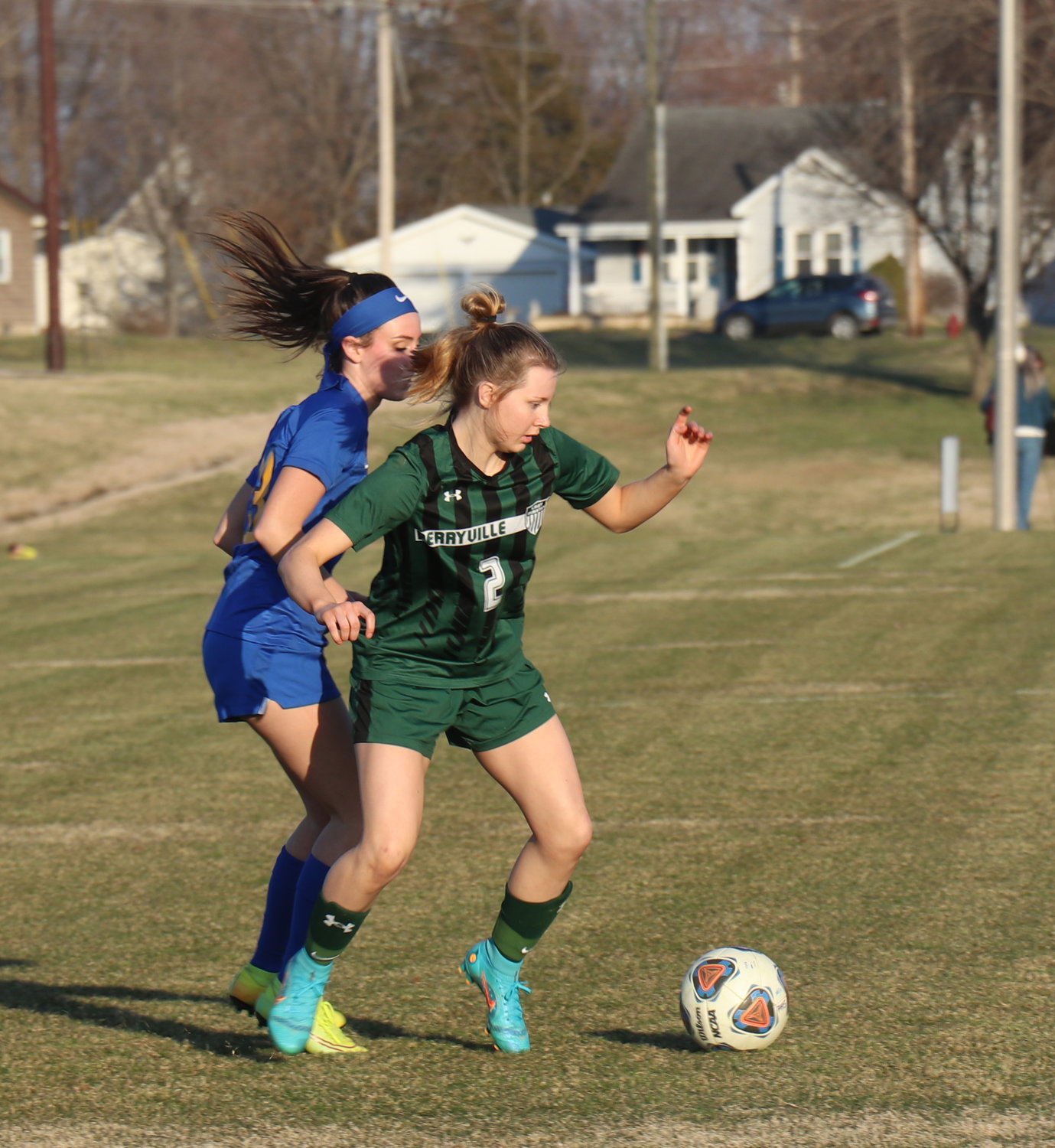 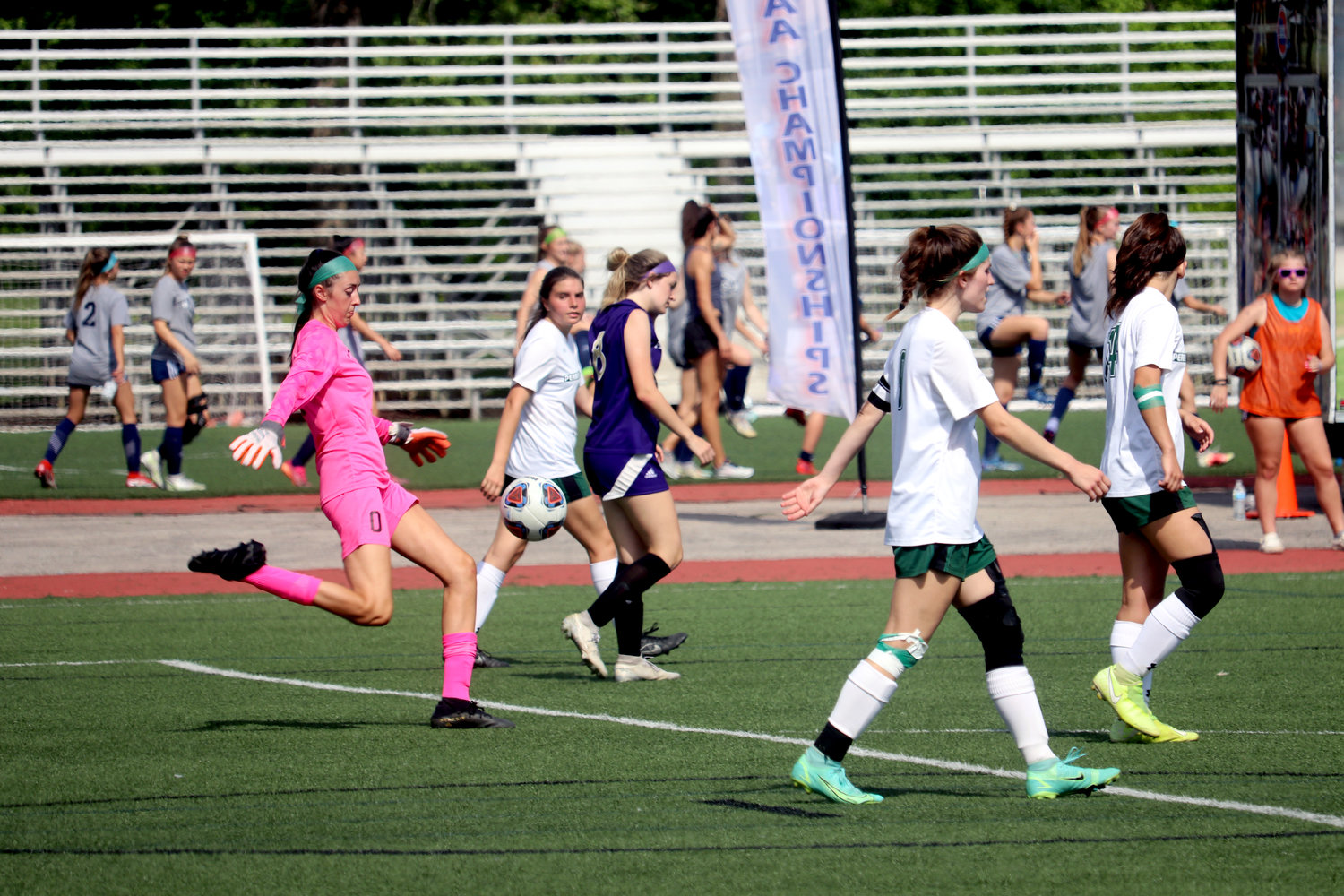 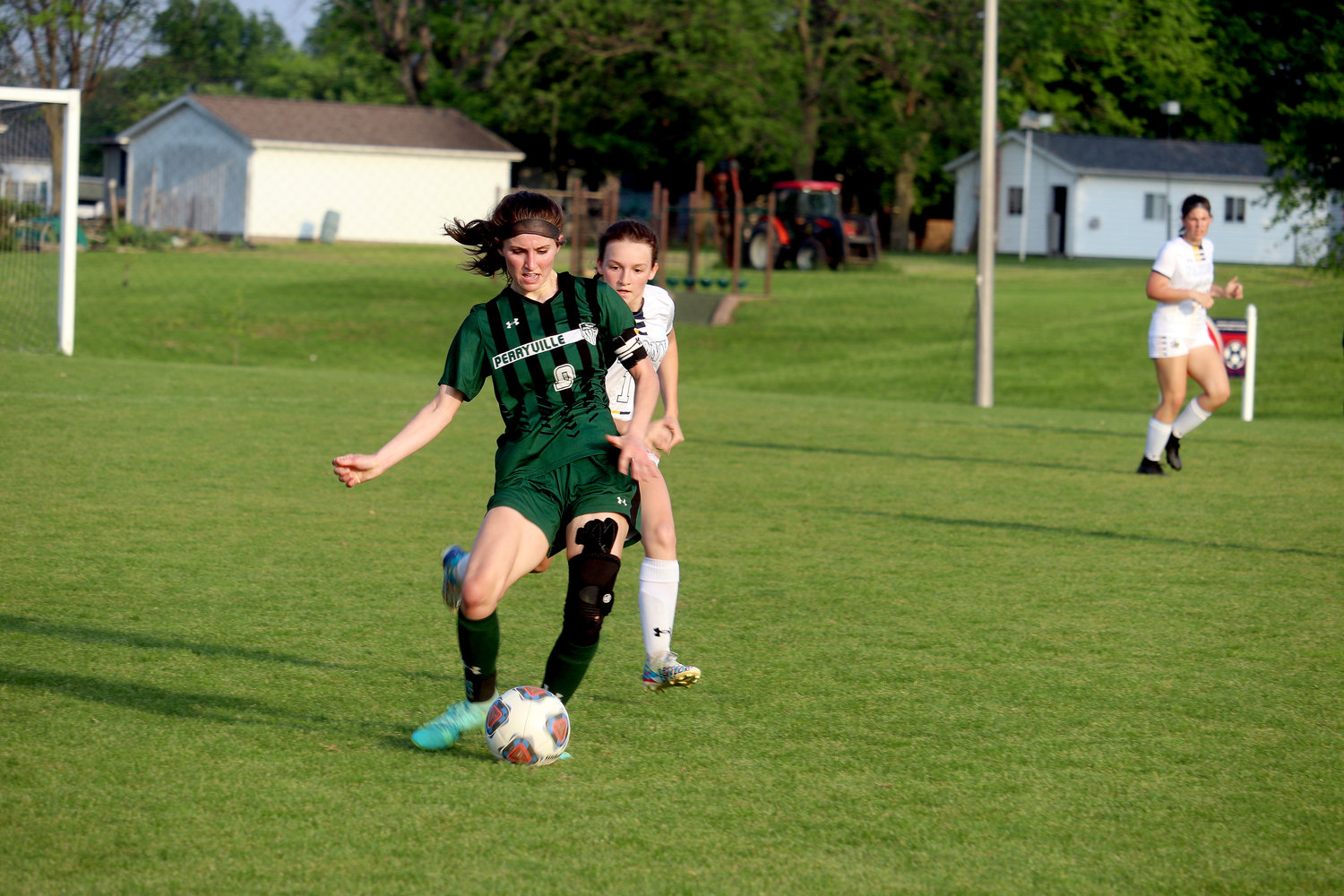 Previous Next
Posted Thursday, June 23, 2022 11:57 am
By Justin Hotop
jhotop@perryvillenews.com

It’s becoming somewhat of a tradition, and for Perryville girls soccer coach Jerry Fulton, this year it was somewhat expected. The Pirates had three players named to the Class 2 All-State team when the honors were announced. Senior defender Anna Gremaud and sophomore goalkeeper Brooklyn Moll made the first team, while junior forward Kyla Schnurbusch earned a spot on the second team.
The Pirates finished fourth in the state earlier this month, and Fulton was not surprised by the recognitions.
“I thought we should have had a couple with our finish this year and we got three,” he said. “I think if we would have played better in the state tournament, we could have gotten even more.”
Gremaud earned the biggest honor of the trio as she was named to the first team but was also named the Class 2 Defensive Player of the Year. It was the second All-State honor for Gremaud, who earned honorable mention last year as a junior. The Pirate defense allowed 17 goals in 24 games this spring. She also contributed two goals and two assists.
“Her speed and her determination when she was on the field really separated her,” Fulton said. “There were a lot of games where our goalkeeper didn’t even touch the ball and a lot of that can be attributed to Anna stopping them before they got there.”
Gremaud can add that honor to her resume after earning the Co-Conference Player of the Year in the Jefferson County Athletic Association. Fulton noted that it’s not easy getting a defender recognized for such awards, but he’s always happy when one of his players earns an honor on the defensive side.
“Those types of awards always go to the scorers,” he said. “The people that have the numbers to back up why they stand out. I think defense wins more games than offense. She came out and worked hard and I think she deserves everything she earned this year.”
Moll was credited for 14 shutouts in 2022 (13 solo) and had an 86.5 save percentage to claim a spot on the first team.
“Brooklyn played very well all year,” Fulton said. “I think people recognized that. She was the region’s goalkeeper of the year and it didn’t surprise me that she made All-State.”
Fulton credits the defense as a whole for the more than a dozen shutouts this past spring, but said without Moll, some of the games could have been much closer.
“In those shutouts, she probably made one or two saves that kept the shutout intact,” Fulton said. “Defense did their job and she did hers and together they produced 14 shutouts.”
Schnurbusch led the team in goals (24) and was tied for the team lead in assists with Rachel Riney (15).
“Kyla is a hardworking player who has speed and has great talent,” Fulton said.
The Perryville girls program has had 10 All-State selections since 2018 and Fulton believes that speaks volumes for where the team has been and hopefully will grow in the future.
“When you get these types of honors, it means that people can see that the program is doing well,” Fulton said. “We went farther than any girls team has went in the 23 years of Perryville girls soccer. There are a lot of good things to pull from this season that sets us up for the coming years.”
Moll and Schnurbusch will be back next spring to attempt to build off a 19-4-1 season and fourth place finish at state.
“I hope they can take what they learned this year and apply that next year,” Fulton said. “We lose one senior (Gremaud), and I know it’s a big piece. I think we have the components to hopefully get there next year. Anything can happen during a season, but we like our chances.”

Perryville had six players honored with All-Region status as well. This encompasses all teams and players in Class 2, Districts 1 and 2. Gremaud (Defensive Player of the Year) and Moll (Goalkeeper of the Year) earned two of the top individual honors, as Schnurbusch, junior Carlie Holdman, junior Rachel Riney, junior Ashlyn Rodewald earned All-Region honors.
Holdman was second on the team with 18 goals and added five assists.
Riney tallied nine goals and added 15 assists, while Rodewald added five goals and eight assists.
“That goes to who wins the region,” Fulton said. “There were 16 teams in the region and so it didn’t surprise me that we had that many. I thought we got what we deserved and I was happy.”
Fulton received the region’s Public Coach of the Year as well.
Saxony Lutheran had junior defender Anna Mueller and freshman midfielder Camille Richey earn a spot from the Crusaders. Saxony finished the season 8-14 and fell to top seed Fredericktown in the Class 2, District 1 semifinals.