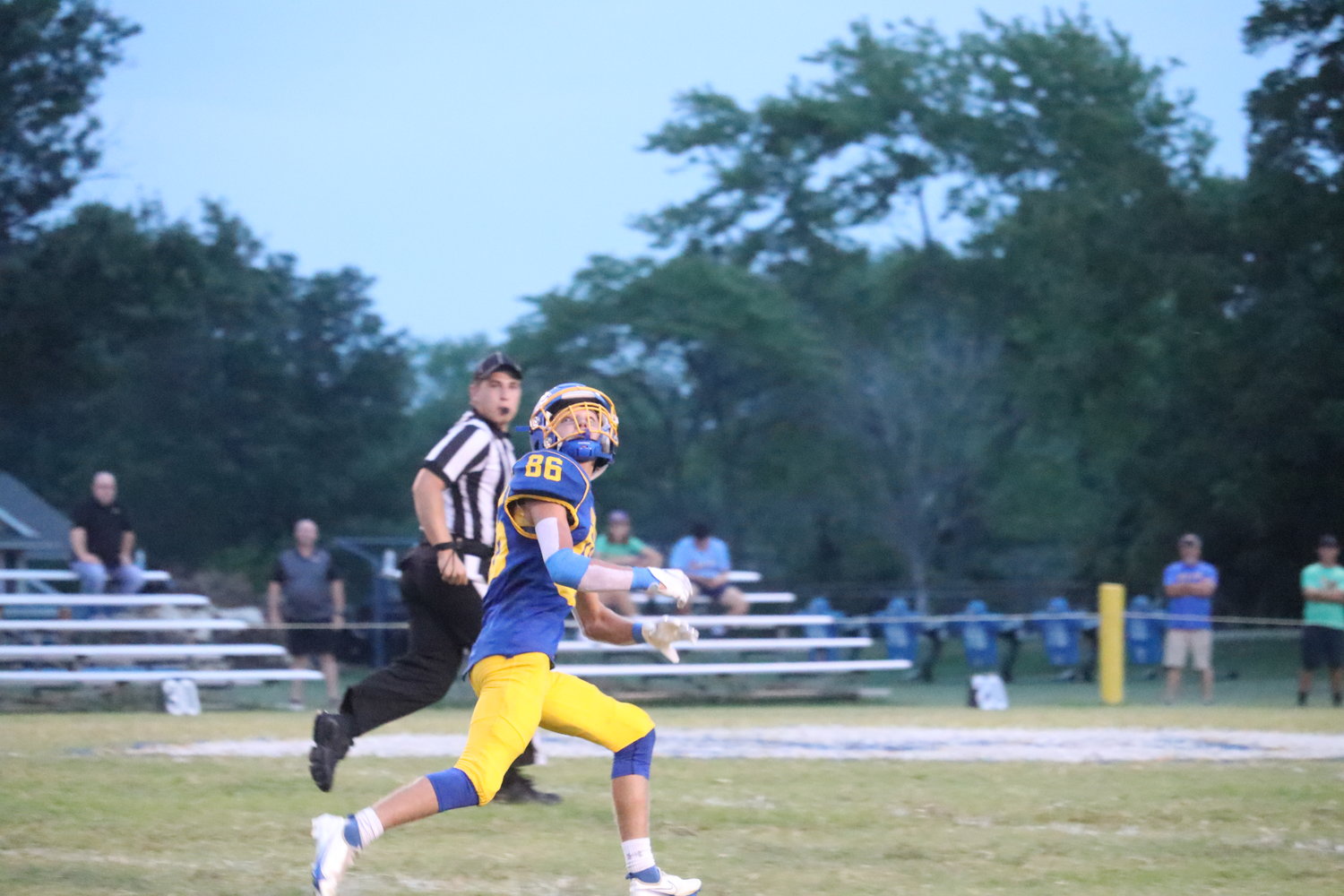 St. Vincent football found out they have more work to do.
Valle Catholic pulled away in the first half to hand the Indians their first loss of the season 67-7 Friday at Valle Catholic High School.
Despite the Warriors moving out the I-55 conference with the Indians, St. Vincent head coach Tim Schumer kept the game on the schedule as a “measuring stick” game, to see how his team stacked up against one of the top teams in the area.
“This game will help us later on, once we get into districts and run into some teams who are good,” Schumer said. “Having now faced Valle we know what to expect.”
St. Vincent managed to keep the game close for a time as the Indians’ lone touchdown came on a 19-yard pass from Christian Schaaf to senior Trevor Moonier to narrow the Valle advantage to 13-7 in the first quarter.
“They are very good and talented defensively,” Schumer said. “They put a lot of pressure on you and they are physical and aggressive up front. If there was any place to exploit something we thought, it may be in the passing game. You get a lot of one-on-one matchups because they put such an emphasis on getting after the quarterback.”
From there it was all Warriors.


“We had trouble getting time to put the ball in the air, or even run the ball,” Schumer said.
The Warriors had no such troubles.
Valle Catholic had more than 400 yards rushing in the game and seven touchdowns on the ground, while quarterback Chase Fallert had just 65 yards through the air.
Schumer felt like his team needed to tackle better In the contest.
“We didn’t do the fundamentals very well,” he said. “That is one thing we showed in film. This is the level that Valle is on, and we need to get there.”
St. Vincent (4-1) will continue its season Saturday in its annual homecoming game against Bayless at 11 a.m. Bayless (1-4) fell to Jefferson R-7, 42-6 in week 5.
“It will be a little different because the game isn’t on Friday,” Schumer said. “It’s about reminding them that the main point of homecoming is the football game and that we are taking care of business there.”