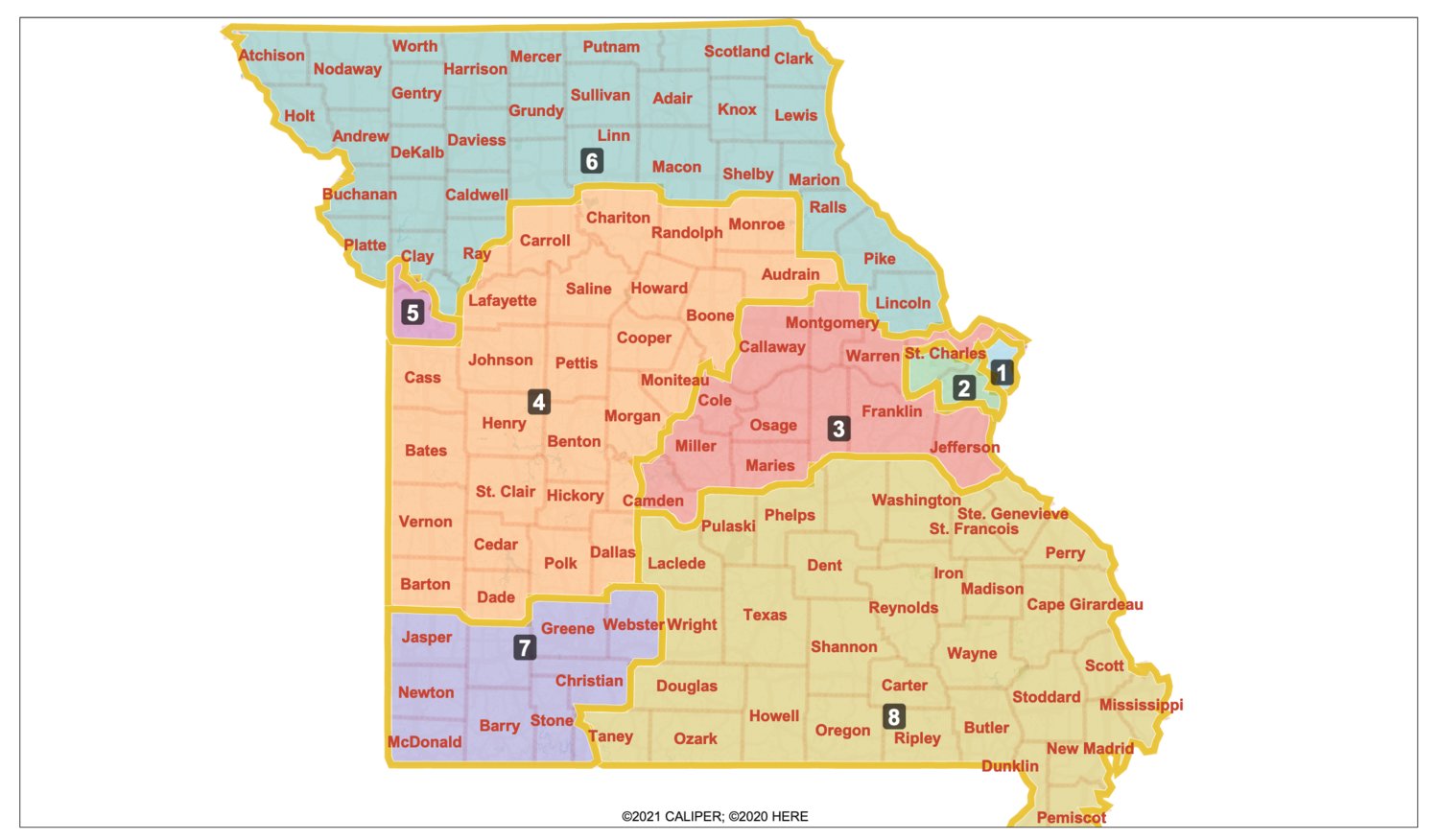 This statewide map of Missouri, filed Dec. 20 as House Bill No. 2117, shows where the eight congressional districts are likely when action is taken. The bill needs the signature of the Missouri governor. Both the congressional and state legislative districts are redrawn every 10 years by a special commission. 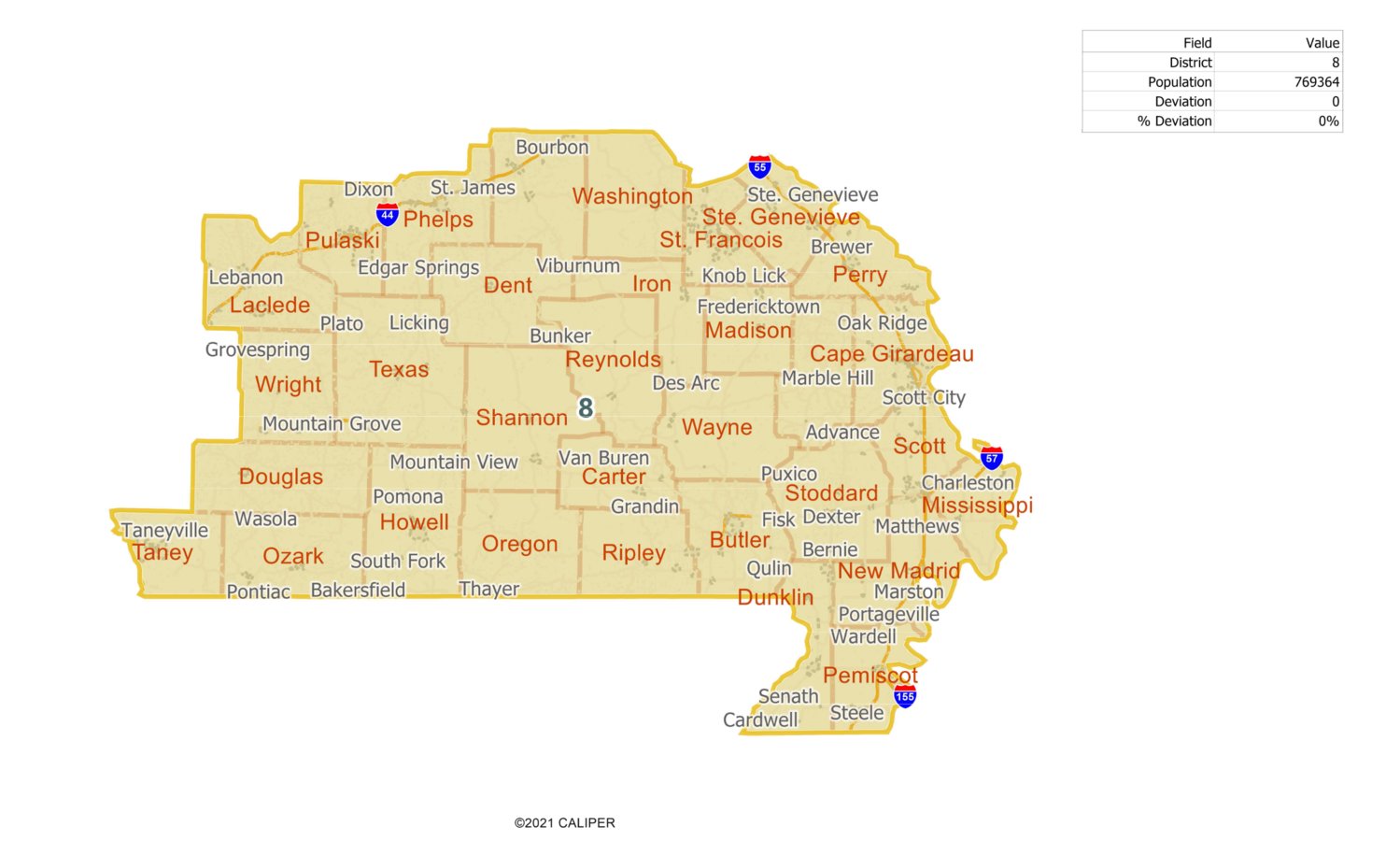 The proposed congressional map balances several required criteria including compliance with the Missouri and U.S. Constitutions as well as the Voting Rights Act. The map’s districts are compact, contiguous, and equal in population. The districts adhere to the doctrine of “one person, one vote” and have preserved the cores of each existing congressional district to the greatest extent possible.

“This is a fair and constitutional map with common-sense boundaries that everyday Missourians can recognize,” said Senator Mike Bernskoetter, (Republican-Jefferson City) chair of the Senate Select Committee on Redistricting. “This map, which must be passed by both the House and Senate, is also drawn to achieve the greatest amount of consensus possible. My House counterpart and I chose to make this joint announcement to emphasize the great care that went into drawing a map we were confident could survive legislative, judicial, and public scrutiny,” Bernskoetter added.

“The task of creating this congressional district map required balancing the legislative process while maintaining compactness, contiguity, equal population, and preserving the existing districts’ core identities. I look forward to working with my House and Senate colleagues to deliver HB 2117 to Governor Parson for his signature without delay,” said Representative Shaul, chair of the House Special Committee on Redistricting.