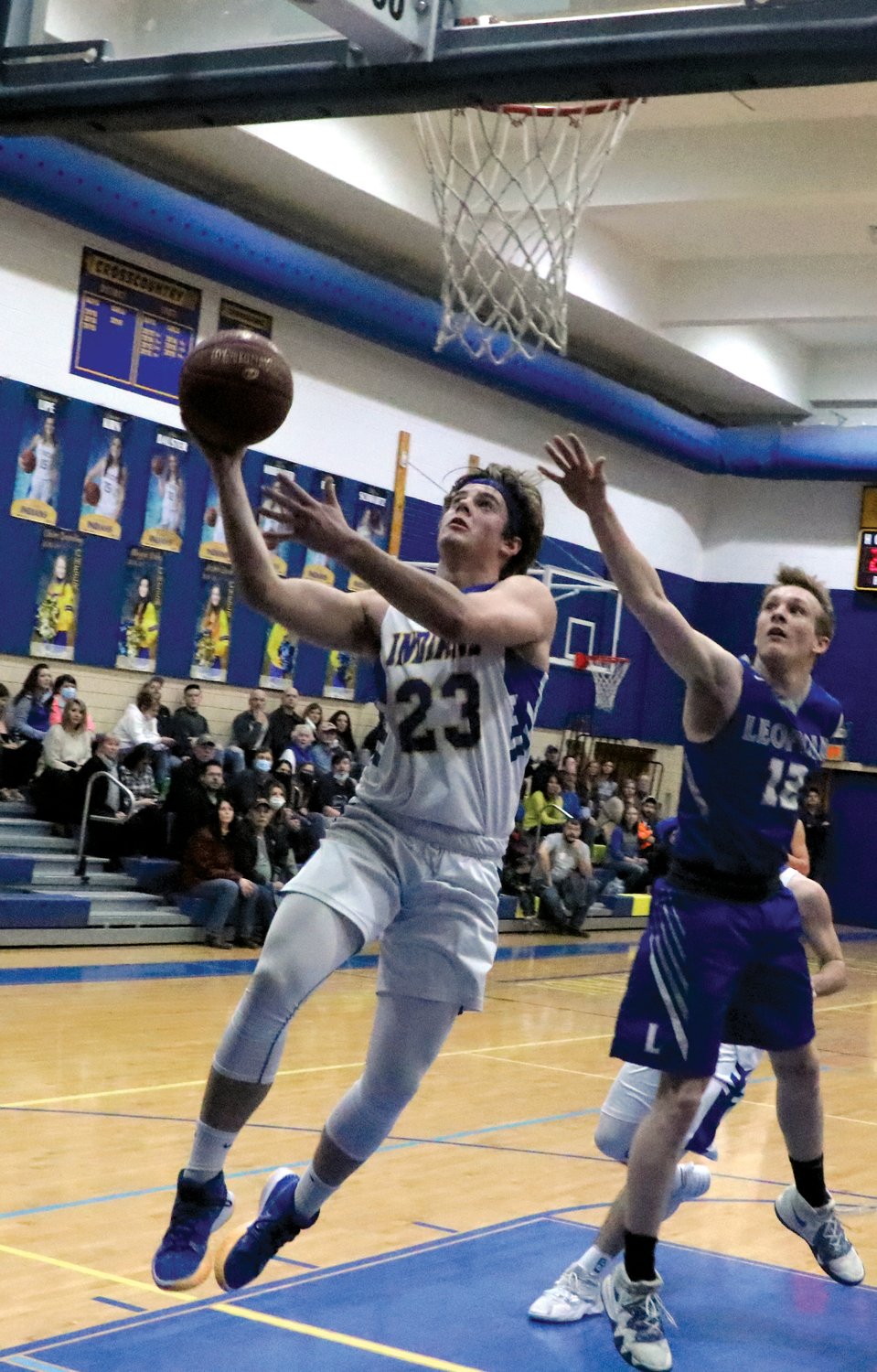 Entering his 28th year at the helm of the St. Vincent boys basketball program, head coach Bruce Valleroy has seen a lot of player turnover and has had to readjust year after year.
“That’s high school sports,” Valleroy said. “You aren’t going to be able to keep the same players and build for years like the Chicago Bulls or the Lakers. You have to say good bye to kids every year. We have new kids coming in and hopefully they have seen the success this program has had and can continue that. It’s been a lot of hard work and determination.”
The Indians have won 94 games over the last five seasons, but will return just one starter from a team that went 19-5 last season. In all, St. Vincent lost six seniors. The only returning starter is senior Evan DeWilde, who averaged nearly 12 points per game last season.
“Those seniors really bought into the program and knew what it took to win games,” Valleroy said. “We will rely on a lot of players that were on the junior varsity last year. We have six seniors and eight juniors to make up the 14 kids on the varsity this year. We feel like we have a lot of depth, but we still have to put it all together.”
Those eight juniors helped lead the junior varsity squad to a record of 16-2, but Valleroy understands it may take a few games for the juniors to adjust to the varsity level.
“I have to make sure they have that varsity mentality,” Valleroy said. “Sometimes that move from JV to varsity can be a big jump. It may take a while for us to become accustomed to each other. Hopefully we will believe in the system that we run.”
To help that process, Valleroy will continue to play his bench as much as possible as in past seasons, but maybe more so as the team continues to gel together.
“It’s for many reasons,” Valleroy said. It might be that someone gets hurt or someone gets into foul trouble, those guys on the bench can come in and continue what we have been doing or even give us a spark. We are on this together, it’s not just the five starters, we need every one in the program to be bought into what we are doing.”
Along with DeWilde, St. Vincent will rely on Brian Besand, who was the first player off the bench for the Indians last season. Valleroy will look for Aiden Kirn, Kannen Reiss, and Carson Leible, and Christian Layton to fill some voids as seniors.
The juniors include Grant Abernathy and Blake Monier, who were moved up to the varsity level late last season and played some minutes in the district tournament. Simon Unterreiner and Dylan DeWilde, and Dane Kline rounded out the starters on the JV last season.
“We are looking for 14 kids to help us out in one way or another,” Valleroy said.
While there were several players in the junior class that Valleroy believes can score, after having multiple players average more than 10 points last season, the long-time coach knows it all begins on the defensive end.
“There is more to the game than shooting threes,” Valleroy said. “You do have to go to the other end and prevent the other team from scoring. I feel like we have some kids in this group that can score. Right now we are a little behind on the defensive end. The strength of last year was our defense and the reason that we won the conference. We held a lot of the teams to fewer than 40 points. I hope that we can get that to be our identity once we get into the season.”
Despite all the new pieces the Indians open the season as the number one seed in the Crystal City tournament, where they will play Grandview Nov. 30.
“We have go out and prove that we deserve that number one seed,” Valleroy said. “We are taking this one game and one day at a time and that starts with Grandview.”