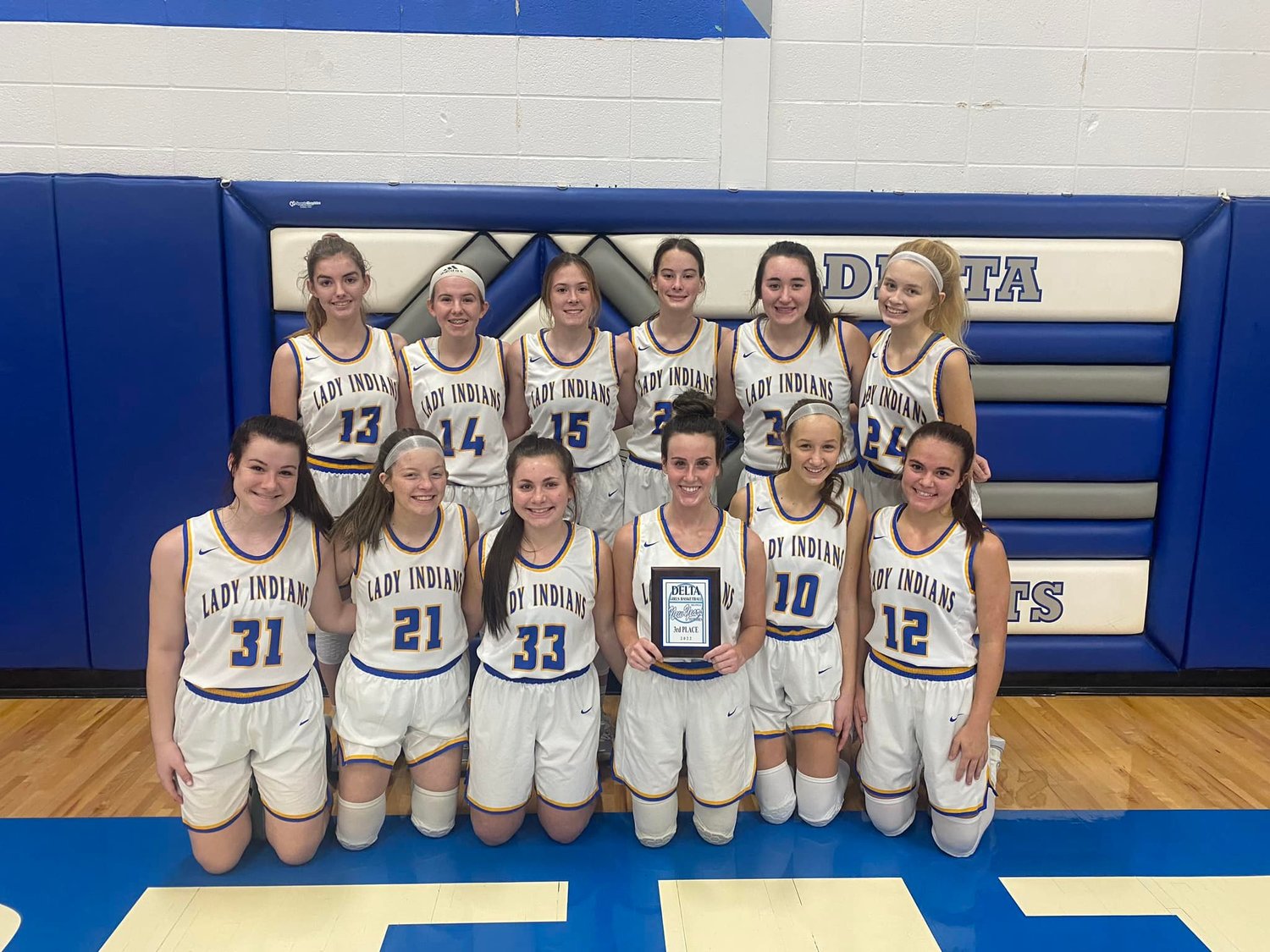 St. Vincent girls basketball head coach Mel Kirn wasn’t too sure how his team would respond after a tough loss to Meadow Heights in the semifinals.
The answer? Quite good.
St. Vincent pulled away late to defeat New Madrid County Central 45-32 to claim third place at the Delta New Year’s Tournament on Saturday.
“We played really well,” Kirn said. “We limited our turnovers and we moved the ball around and found the open player. It was a great way to end the tournament.”
The Indians came into the tournament seeded seventh out of eight teams. They upset a shorthanded Advance team in the first round. Then fell to third seed Meadow Heights, in a game that Kirn believed his squad “did not play very well.”
To finish up the tournament in third place was quite an accomplishment for the Indians, but something that doesn’t surprise its coach.
“When they did the seedings we were 2-4 and it’s hard to judge a team after six games,” he said. “We have had to make some changes since then and some of the younger girls have stepped up to fill some key roles. I can’t say enough about our senior leadership, either. I think we are a totally different team right now.”
Cailyn Prost and Haley Emmendorfer had 12 points apiece and Allie Patrick contributed nine points. Kirn believed that his two seniors played a key role as Addie Cates and Reese Barber each dished out five assists.
“That senior leadership really paid off,” Kirn said.
The defense helped St. Vincent’s cause as they held New Madrid to single digit points in three of the four quarters. St. Vincent led 22-11 at halftime, before New Madrid fought back in the third quarter to cut the Indians lead to just five entering the final frame.
Kirn felt like his team could have played better coming out of halftime.
“We turned it over six times in a row” Kirn said. “They only scored about four points on those six turnovers, which I really think helped us stay in that game and keep a lead.”
New Madrid went to a full court press to start the fourth, and St. Vincent handled it well.
“They pressed us and they were able to break it and got some good looks and scored on lay-ups,” Kirn said. “We scored three or four in a row and were able to put some distance between us and New Madrid.
St. Vincent (6-6) will travel to Grandview Thursday, Jan. 13 for a conference matchup. St. Vincent will play four games in the next eight days.
“How we play the next four games will really determine which way our season will go,” Kirn said. “It certainly won’t be easy.”