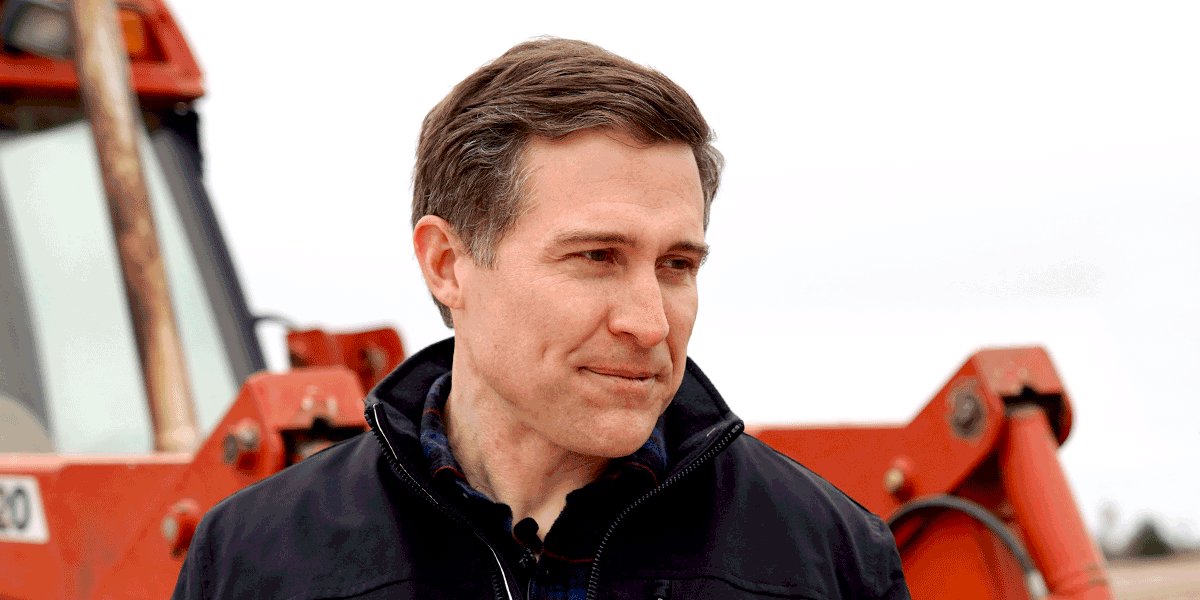 More than 30 individuals, including 11 Democrats are seeking to serve as the next U.S. Senator from Missouri. One of those declared candidates, Lucas Kunce, will be hosting an event Saturday, June 25, at The Warehouse, 207 N. Jackson Street, at 11 a.m.
“We’re just trying to do what we’ve always done which is to get everywhere in the state and get out the message that we fundamentally need to change who has power in this country,” he said.
Earlier this month, he visited southwest Missouri, including a stop in Springfield.
Kunce is excited about visiting potential voters in this part of the state.
“We’re looking forward to doing that in southeast Missouri this week,” he said.
Kunce believes voters statewide are seeking a change of course from the leadership of status quo.
“I think here in Missouri people are fed up with billionaires and elites buying off our politicians and using them to strip our communities for parts, take the wealth out of the state, distributing it to people who are donating to their campaign and funding them,” Kunce said. “What we’ve been doing differently is I’m not taking money from corporate PACs, I’m not taking money from lobbyists, no pharmaceutical executives, no fossil fuel executives, we’re trying to run a campaign that’s very different so we can show people the only people we’re going to represent our you.”
Kunce pointed out he is the only campaign to have donations from all 114 Missouri counties as well as the city of St. Louis.
“We have the highest percentage of grass roots fund-raising of any U.S. Senate campaign in the entire country this year, right here in Missouri,” Kunce said.
In describing his past, Kunce said for much of his childhood, his family was living paycheck to paycheck and it was just “one disaster from bankruptcy.”
One of four siblings, he recalled his mother telling the grocery store cashier not to cash the check until the end of the month so they could make it.
“When my littlest sister was born, she had to have a heart surgery, and our family went bankrupt,” Kunce said. “We didn’t make it because the institutions were there, or because the billionaire class came in and saved us, we made it because everybody in our neighborhood, who had no more money than us, came together and brought food by the house, tuna casserole, lasagna, spaghetti and they passed the plate at church so we could make it.”
Kunce served 13 years in the U.S. Marines, spending time in Iraq and Afghanistan.
Since leaving the military, he has continued to dedicate his life to service.
“That service is for the people who took care of me, for everyday Missourians, that’s exactly who we’re standing for in this campaign,” Kunce said.
People that he meets with have been concerned about a variety of topics.
“Inflation comes up,” Kunce said. “Not trusting the people who are elected comes up quite a bit.”
“I don’t think members of Congress should own stock because they keep making decisions based on their stock portfolio, rather than for the people they’re supposed to represent. I think what you’re seeing is people are fed up with a system that doesn’t work for them. They’re fed up with seeing our politicians sell our land to China, ship our industries overseas, take away our jobs and do it for Wall Street quarterly earnings’ reports and the people who fund their campaign.”
More than 30 candidates — 11 Democrats and at least 21 Republicans — are vying for the Senate seat now held by Sen. Roy Blunt, who will be stepping down in January 2023 when his existing term expires. The primary, which will whittle the crowded field down to a single candidate from the Democratic and Republican parties, is Tuesday, Aug. 2.
“We’re just looking forward to seeing as many people as we can down at The Warehouse,” Kunce said. “I think it’s going to be fun. I’ll tell everyone a little bit about myself, how we’re doing a very different campaign, how they’ll finally have someone who’s able to represent them rather the special interests that fund most campaigns.”