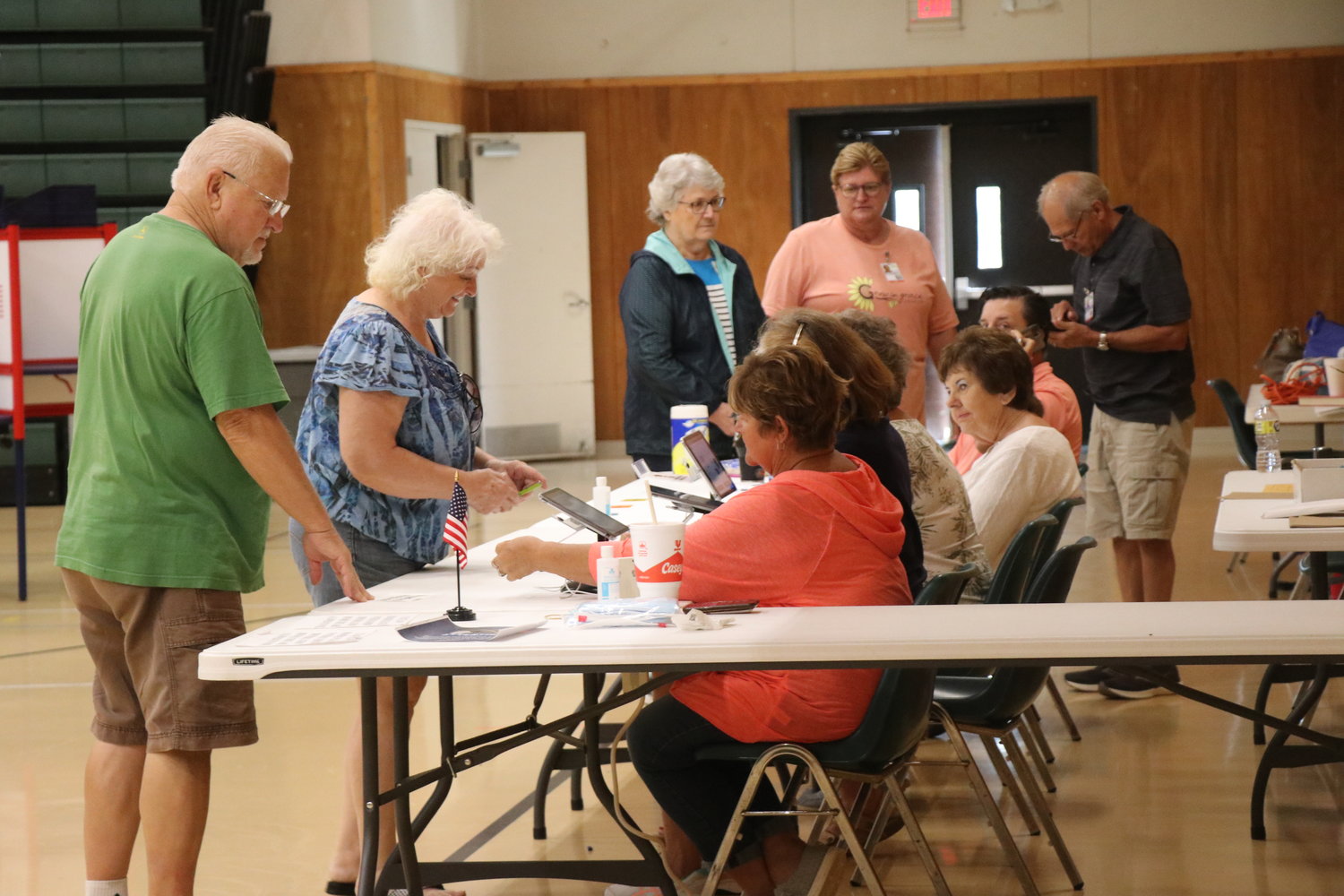 The people have spoken.
Perry County residents participated in the primary election on August 2. Although they did not exactly flock to the voting booths in large numbers. There were 3,238 ballots cast out of 13,213 registered voters (24.51 percent)
According to Perry County Clerk Jared Kutz, that number is significantly down from past elections.
“It was below what I would consider historical norms,” he said. “In 2020, we were at 36.2 percent and in 2018 around the same number. It was a lower turnout than I certainly expected. I have always thought that a person’s actions of not participating in an election are just as powerful as those who do vote.”
Kutz thought that the election day went smoothly overall, despite the lower turnout.
“I had good reports from my election judges and that is something that we take great pride in,” Kutz said. “We have some precincts that have to go a long way to return them and they do it in a timely fashion. It was a great day for us.”
Those who did participate decided a few locally contested races. Katie Schemel defeated Jan (Huber) Mezo 1,595-1,300 votes for the County Treasurer position that was vacated by Kathy Schumer after eight years.
Chris Francis defeated Brenda Thurm Hopfer for the Central Township Committeewoman position 700-605. Tom Ritter defeated Allen J. Muench 123-97 for the Saline Township Committeeman spot.
In the closest race of the night Marsha Hutchison defeated Pamela J. Muench 119-101 for the Saline Township Committeewoman position.
Many of the local races were uncontested however, as District 145 State Representative Rick Francis, Associate Circuit Judge Craig Brewer, Presiding Commissioner Mike Sauer, County Clerk Jared Kutz, Recorder of Deeds Dana Pritchard, Prosecuting Attorney Caitlin Pistorio, and County Collector Dena Preston were all running unopposed locally. Kutz thought that possibly the high number of uncontested races played into the lower turnout.
“That certainly plays into it,” Kutz said. “Absentee voting which is what I use to gauge voter turnout was right in line with what we saw on election day.”
Eric Schmitt came out ahead of 21 total candidates for the Republican Party spot for U.S. Senator. Schmitt garnered 51.03 percent of the vote (1,465 total), while Eric Greitens got just 20 percent (576 votes)
Lucas Kunce came out ahead in the race for the Democratic candidate for U.S. Senator with 43.74 percent of the vote.
Those statewide races will be the only ones contested in the November general election as all local candidates for office will run unopposed.
“From a county perspective, we don’t have any contested races,” Kutz said. “We have an open seat for the United States Senate. It is going to be a big deal with heavy hitting politics starting soon. They have narrowed the field, and now they will get ready for the fight.”