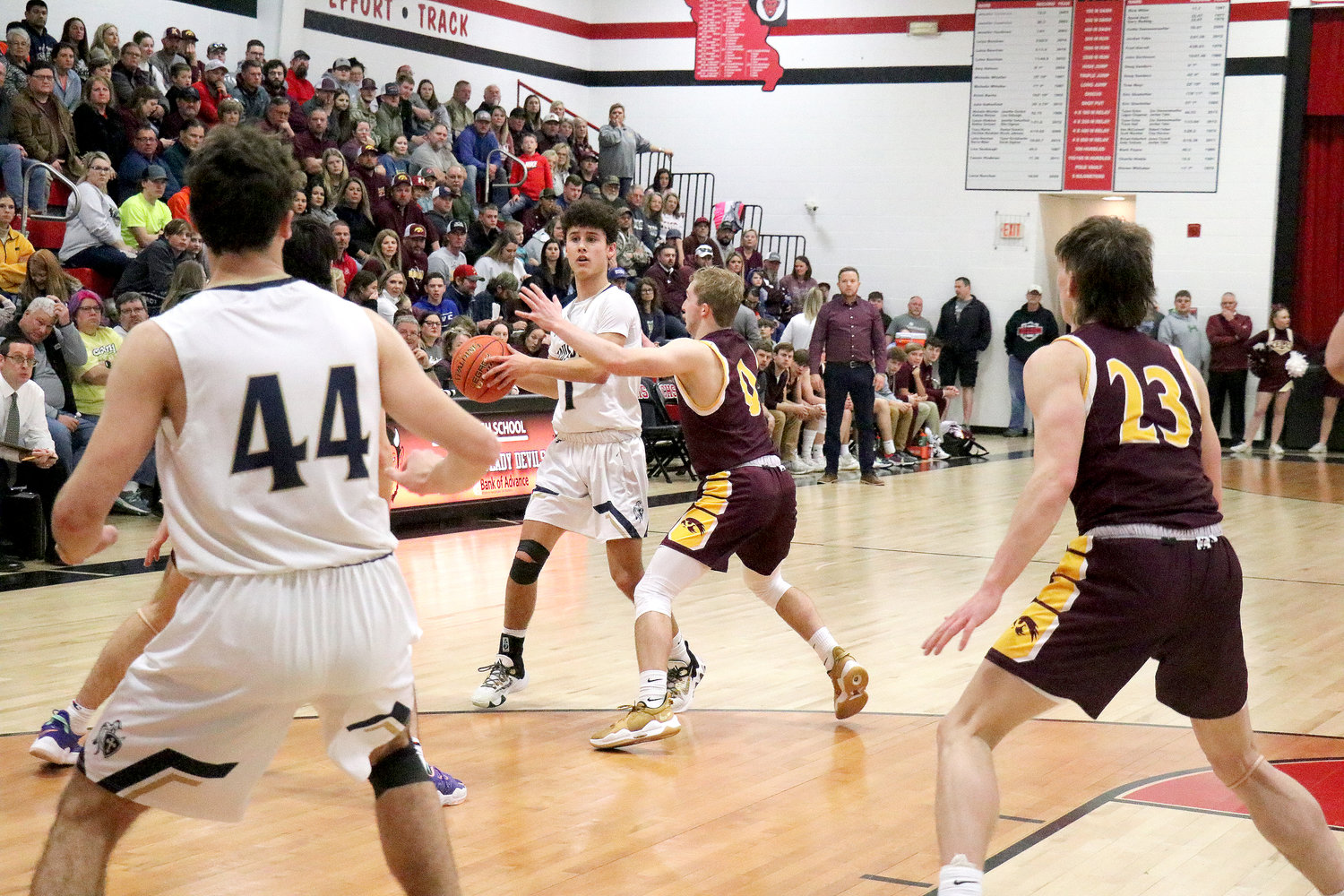 Basketball season may have just started with teams having played either zero or one game at this point, but coaches and fans took a glimpse to the end of the season.
The Missouri State High School Activities Association released the district assignments for boys and girls basketball Friday.
The biggest change was for the St. Vincent basketball programs. The Indians stayed in class 2, but the boys and girls teams are in different districts. The boys will be in Class 2, District 4 with Crystal City, Bismarck, New Haven, Principia, and Valley High School.
For the last five seasons, either Oran, Advance, or Meadow Heights ended St. Vincent’s season in the district tournament, as was the case last season when Meadow Heights took out the Indians in the first round.
However, none of those three schools are grouped with St. Vincent this season.
The same can’t be said for the Lady Indians who will once again be in Class 2, District 3.


The girls will be grouped with Advance, Greenville, Meadow Heights, Oran, and Puxico. In the case of the girls, Oran has ended the Lady Indians’ season for the last four years.
Perryville programs will once again be in Class 4, District 1.
The boys will be grouped with Notre Dame (Cape Girardeau), Kennett. Fredericktown, Doniphan, and Dexter. The boys are coming off a 2-25 season and will have a large senior class that will attempt to right the proverbial ship. The boys fell to Doniphan in the first round last season.
The Perryville and Saxony Lutheran girls will have a similar postseason path as one year ago as they are grouped with Dexter, Doniphan, Fredericktown, Kennett in Class 4, District 1. Both the Pirates and Crusaders won a game in the district tournament (Saxony over Kennett, Perryville over New Madrid County Central) before being eliminated in the semifinals.
The Saxony Lutheran boys will be in Class 3, District 2 with Charleston, Kelly, Chaffee, Scott City, Valle Catholic, and Woodland.
The Crusaders fell to Kelly in the district final last season.