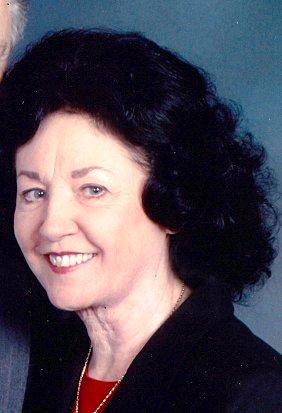 Ruby A. Kluender, 75, of Perryville passed away Monday, July 4, 2022 at Mercy Jefferson Hospital in Festus.
She was born January 3, 1947 in Perryville to Jesse Sylvester Brewer and Edna Iceal Brewer.
Ruby and Robert V. Kluender were married on February 27, 1965 at St. Boniface Catholic Church, Perryville.
Ruby was a member of St. Vincent de Paul Catholic Church, Perryville. It broke Ruby’s heart not to get to go to church for Mass during her illness. Ruby always had open arms to everyone helping them through difficult times and to have faith and know that God was their strength. She loved to read the Bible and a lot of history books. Ruby loved everyone and prayed for everyone. Ruby was a good artist and painted pictures. In her younger days, she loved to go dancing with Robert and enjoyed dancing the waltz and the two-step.
Ruby worked at Brown Shoe Factory and, lastly, was the custodian at the Elks Lodge 2701, Perryville, from which she retired.
Survivors include two sons, David V. Kluender of Perryville, Bobby W. Kluender of Perryville; four sisters and one brother, Marie (Lawrence) Johnson of Marshall, Mildred Hayes of Perryville, George (Linda) Brewer of St. Mary, Jane Brewer of Perryville, Velda Brewer of Perryville; one granddaughter, Faith Kluender (Ethan) Layton; one great-grandson, Gib D. Layton, one sister-in-law, Artie Brewer of Perryville, and one brother-in-law, Joe Bollinger of Fredericktown.
She was preceded in death by her parents; two brothers and a sister-in-law, Glen and Connie Pauline Brewer, Tommy Brewer; sister, Irene Bollinger, and brother-in-law, Olen Hayes.
A visitation was held on Sunday, July 10, 2022 and Monday, July 11, 2022 with a Rosary at Ford & Young Funeral Home in Perryville.
A funeral mass was held on Monday, July 11, 2022 at St. Vincent de Paul Catholic Church in Perryville with the Rev. Joe Geders C.M. officiating.
Burial was at Mount Hope Cemetery in Perryville.
Memorial contributions may be given to St. Vincent de Paul Catholic Church .
Online condolences may be made at www.fordandyoungfuneralhome.com.
Ford & Young Funeral Home is in charge of arrangements.