Richardet named Humanitarian of the Year 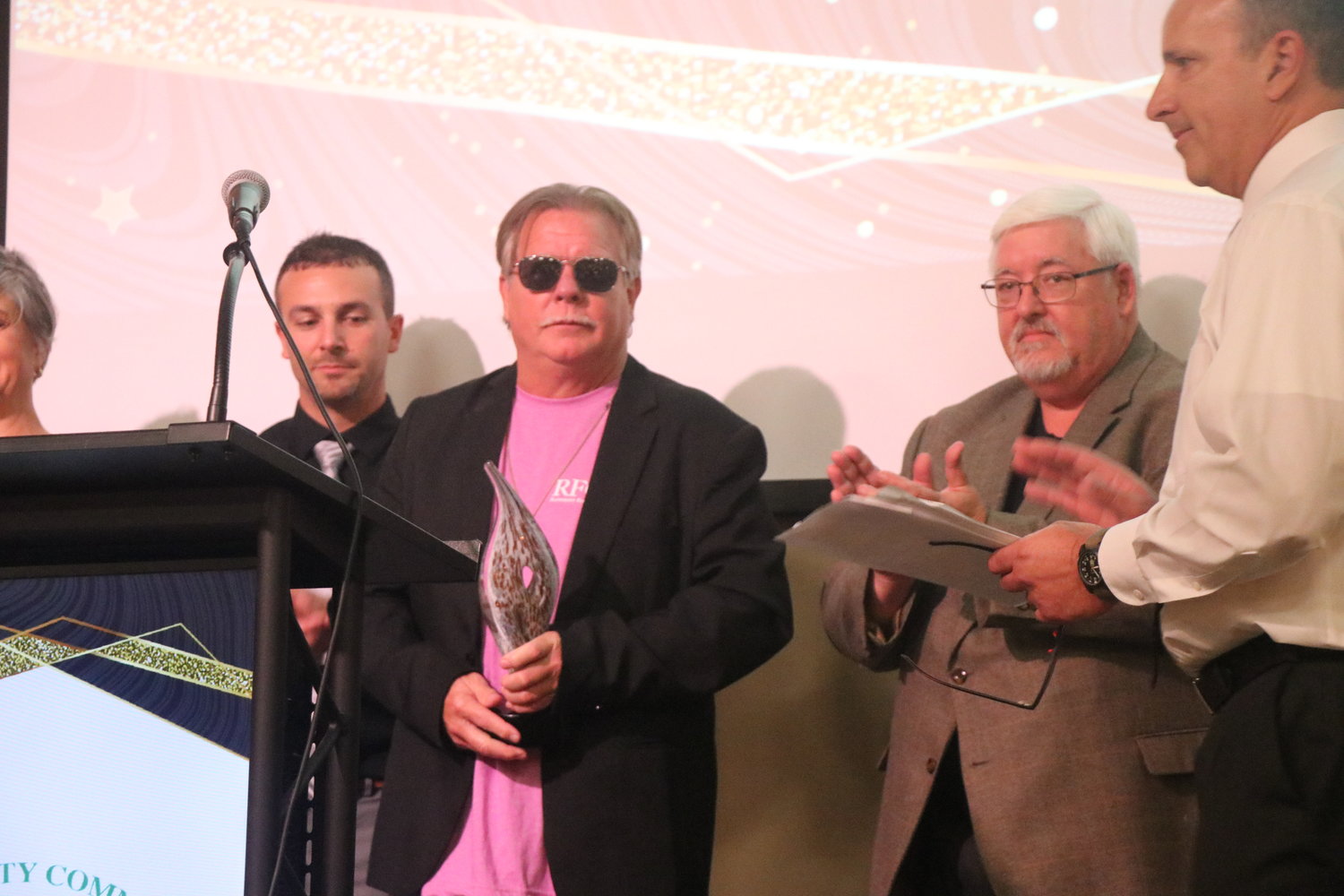 If there was one phrase that Perry County Community Foundation Director Sean Unterreiner could use to describe this one person it would be “making a difference.”
“He is a guy that wants to make a difference in this community,” Unterreiner said. “He isn’t always sure how or what he wants to do, but he wants to do something and make it happen.”
It is for that reason that Lynn Richardet was honored with the 2022 Humanitarian of the Year Award at a ceremony Nov. 10 at the Robinson Construction Event Center.
“I have never met anyone who is more passionate about making a difference in this community than Lynn,” Unterreiner said. “Tonight is to highlight Lynn and everything he has done for Perryville and Perry County.”
The usually outgoing and opinionated Richardet has been instrumental in getting numerous events off the ground, such as the “Getting’ Sauced” BBQ event held each year. He has also donated his time, energy, and resources to the different school districts in the area through many different fundraising events.
Perry County Community Foundation Advisory Board member Frank Robinson noted that Richardet is the definition of a humanitarian.
“For those of you that know Lynn are well aware of the role that he and Richardet Floor Covering, Inc., play in the community.” Robinson said. “Many business owners find it difficult to keep a connection to a community as the business grows and requires more attention for the founder. Lynn has found a path that differs from that pattern. From the number of local citizens that are RFC employees to the multitude of local events and charities that he faithfully and generously supports, Lynn displays the attributes that Humanitarian of the Year award seeks to recognize. He used his energy to lead and fund many of those events.”


Robinson noted that Richardet’s time and resources are not limited to just businesses and events.
“He quietly provides resources and assistance to many local individuals that are experiencing difficult times,” Robinson said. “He does all of this not for the accolades, but because of his love for the community. Someone once told me that ‘it’s amazing what you can do when you don’t care who takes the credit.’”
After accepting his award, Richardet deflected all the credit for his success to others.
“I am humbled and really appreciate the award,” Richardet said. “I appreciate the community and am proud that I grew up in Perryville instead of somewhere else. I’m glad my family is with me in this business. We try to do the right thing any time we could.”
That sentiment was on display when The Life Enrichment Center was Richardet’s choice for the $1,000 Humanitarian of the Year grant. The St. Vincent de Paul Thrift store and the Perry County Historical Society were also on hand to accept $1,000 each for their 2022 projects during the ceremony as well.
Along with being a steward for the community and wanting to see it succeed, Richardet has also demonstrated a willingness to be a good friend.
“I passed Lynn on the road and five minutes the phone rang and it was Lynn,” Unterreiner said. “We spent an hour on the phone just talking about the St. louis Cardinals, but that is just the guy that Lynn is. He is a good friend and an overall good person.”