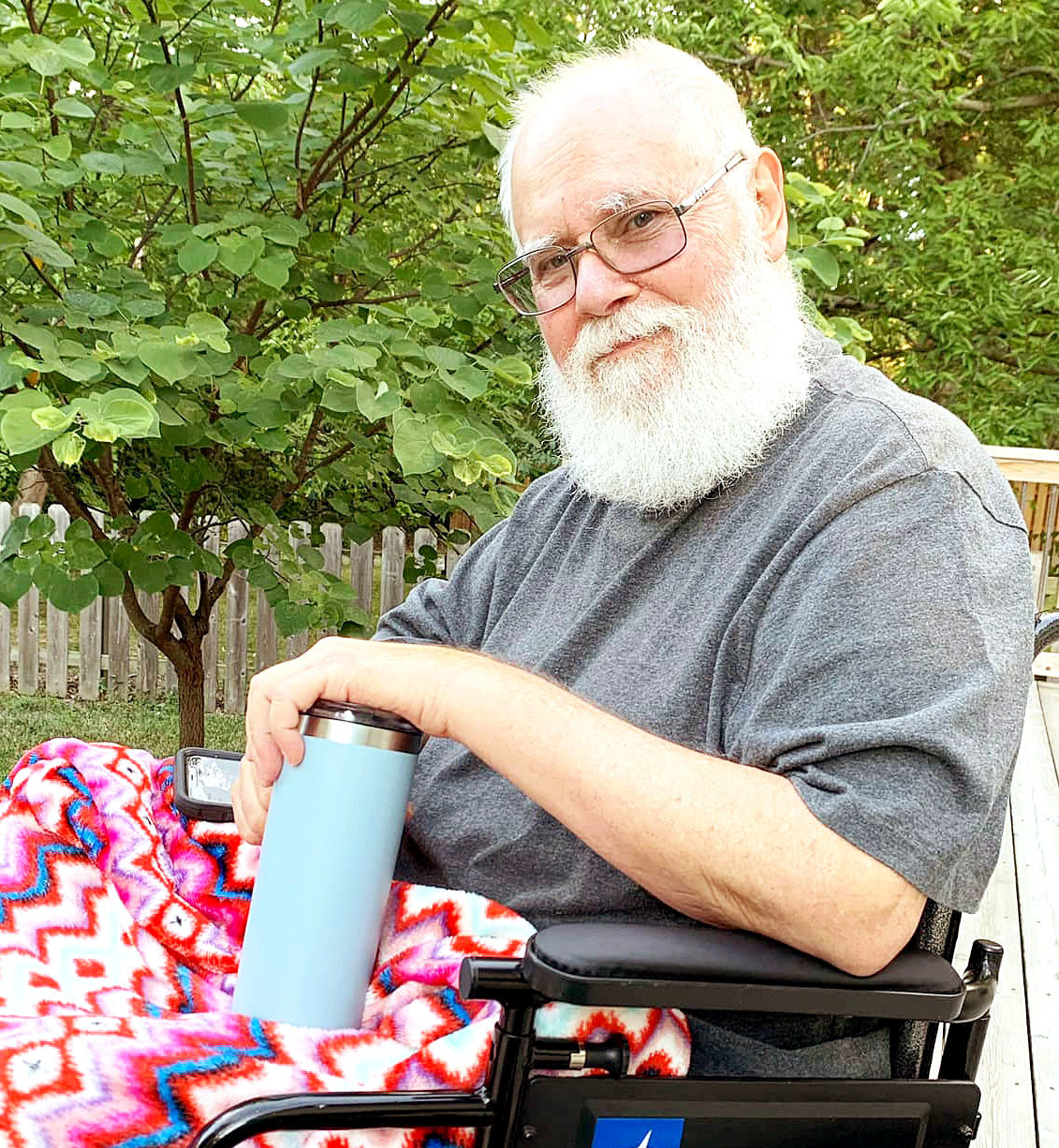 Randall (Randy) Pribble died Nov. 17, 2022 at home in Columbia under the care of Kindred Hospice and surrounded by his family. He was 68.
He died from complications with Progressive Supranuclear Palsy, a brain disease that weakens muscles and lungs. It is rare, affecting 1 in 600,000 people in the U.S.
He was born on February 28, 1954 in Perryville, MO, the son of Shirley Jeanette Francis and an absent father. A year later, she married Lawrence Thomas Pribble, who later adopted Randy.
On Aug. 20, 1974, he married his high-school sweetheart Susan Kay (Lott) Pribble at First Christian Church in Bonne Terre, MO. She survives him in Columbia. He is also survived by two daughters, Sarah Pribble
(Jesse Gage) of Columbia, and Rachel (Vannak) Vong of Delta Junction, Alaska; three grandchildren, Xochi Anchondo and Ezra Gage of Columbia, and Grizzly Vong of Delta Junction; one brother, Lawrence (Mary Jo) Pribble, Jr. of Melbourne, Fla.; threesisters, Kathy Stanley of Bonne Terre, Veva Pribble of Bloomsdale, and Rebecca (John) Rose of Bloomsdale; brother-in-law Keith (Juanita) Lott of Bonne Terre; and sister-in-law Maria Rosales of Corona, Calif.


Precedlng him in death were his parents, father-in-law Robert Lott, mother-in-law Mary Lott, brother-in-law Robert G. Lott, and brother-in-law Tim Stanley.
Randy is a veteran of the United States Navy, serving 1974 to 1978 as an aerographer’s mate in Beeville. Texas. He is graduated from Southeast Missouri State University with a degree in mass communications.
His first journalism job was as a reporter in 1978 at The Republic-Monitor in Perryville, which was then owned by Paul Pautler. He spent the next 26 years at the newspaper, eventually serving as editor and publisher. He was an award-winning columnist and writer. In 2004, he and Sue left Perryville for CrawfordsviIle, Ind., where he published The Crawfordsville-Journal Review until 2008. He was also the publisher of The Pampa (Texas) News from 2008-2012. He and Sue bought The Mountain Echo in Ironton in 2012, which they published until their retirement in 2019.
Throughout his career. Randy fostered the next generation of reporters, designers, and ad sales professionals. Randy believed deeply in the power of community newspapers to affect positive, lasting change in the lives of the people they serve. He is remembered as a mentor and friend to all who were fortunate enough to work for him, especially those whom he helped become publishers themselves. Randy was a member of American Legion Post 133. a past president of the Southeast Missouri Press Association, and a past director of the Missouri Press Association.
A memorial service will be held on Saturday, Dec. 3, 2022, at 11 a.m. at Ford & Young Funeral Home in Perryville.
Memorials are preferred to Ozark Regional Library, 402 N. Main St., Ironton, MO 63650; or Kindred Hospice, 1616 Southridge Dr., #201, Jefferson City, MO 65709.