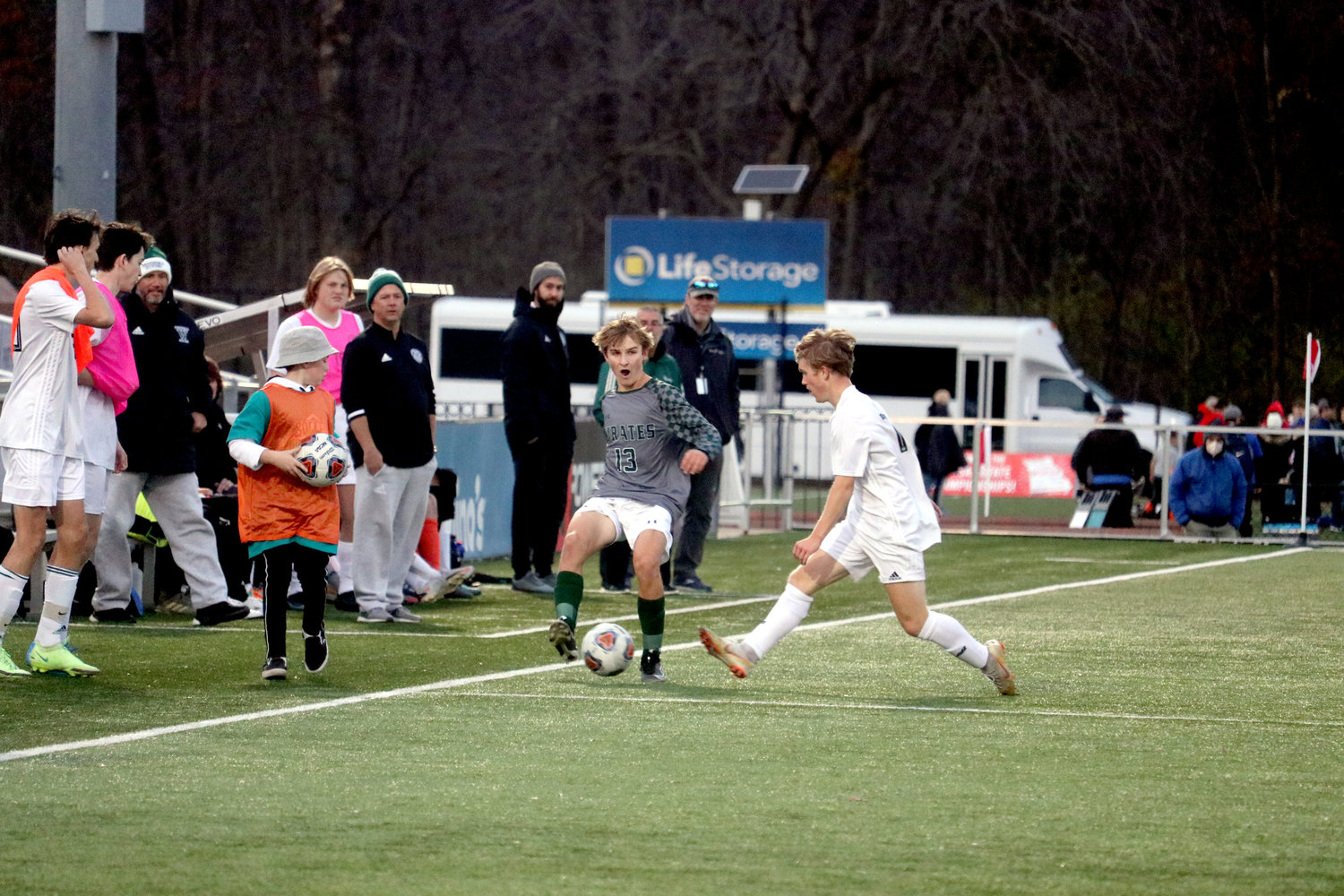 Perryville boys soccer coach Jerry Fulton uses the summer to see just how good his team is before the start of the regular season. The Pirates took that to the limit when the team competed in the St. Louis Varsity Soccer Showcase in St. Peters from July 14-16.
Perryville has been going to the tournament for about 10 years and he likes that it tests his squad.
“Showcases like that show me exactly what we need to know,” Fulton said. “I want to know where our strength and weaknesses are before we hit the season.”
The Pirates went 1-2 in the three games, playing two Class 3 teams and another Class 4 teams. That is exactly how Fulton likes it.
“I don’t want to play anyone in our class,” Fulton said. “I want to play up and play good schools. It doesn’t do us any good to go up there and beat everyone by a ton. You learn a lot more if you have to work hard, than if you’re just cruising through the games.”
The Pirates defeated Hannibal 1-0 in the first game, fell to Parkway Central 4-0, in a game that Fulton noted that his team played “horribly”
“We did not play well and they know it,” Fulton said. “We showed some promise at times, but we couldn’t get anything going.”
Perryville fell 3-1 to Fort Zumwalt West in the final game, but Fulton felt like his team felt much better.
“They beat us in the last five minutes,” Fulton said. “Their coach came up to me after the game and said that they would take the win, but that we outplayed them. We were excited after the first game and discouraged after the second game. We had a long talk after that second game and they played exceptionally well.”
The Pirates went 23-4 last season and finished second in Class 2. Perryville lost six seniors including goalkeeper Ty Baudendistel. Fulton noted that he played two goalkeepers, Ashton Anschultz and Waylon Huber, about 50 percent each during the tournament.
“In my opinion, they played pretty even,” Fulton said. “We will keep watching until one of them is able to shine more over the other. Right now, it’s a close call.”
Fulton shifted his players around including the six freshmen that the participated.
“There were times we had five freshmen on the field at one time and I felt like we were holding our own,” Fulton said. “I felt like guys such as Kaden Laurentius played great during the tournament as well.”
Perryville lost their top three scorers from last year as well, including Dayton Strattman (43 goals) and Bryce Brewer (41 goals). Fulton was underwhelmed by the offensive output, but confident it can be fixed. Both goals in the tournament were scored by Carter Blechle.
“I really think we have guys who can put the ball in the back of the net,” Fulton said. “I believe that these guys are going to get it and that we will be ok.”
Despite the senior losses and a new squad in 2022, the expectations have not changed for Perryville.
“The first thing you have to do is winning the district and being able to compete with those teams,” Fulton said. “All we can do is prepare and prepare some more. We will have some growing pains because we do have young players.”
The Pirates will start regular season practice on August 8.
“I felt like we have a better idea of what we need to work on and we will try to correct those things starting then,” Fulton said.