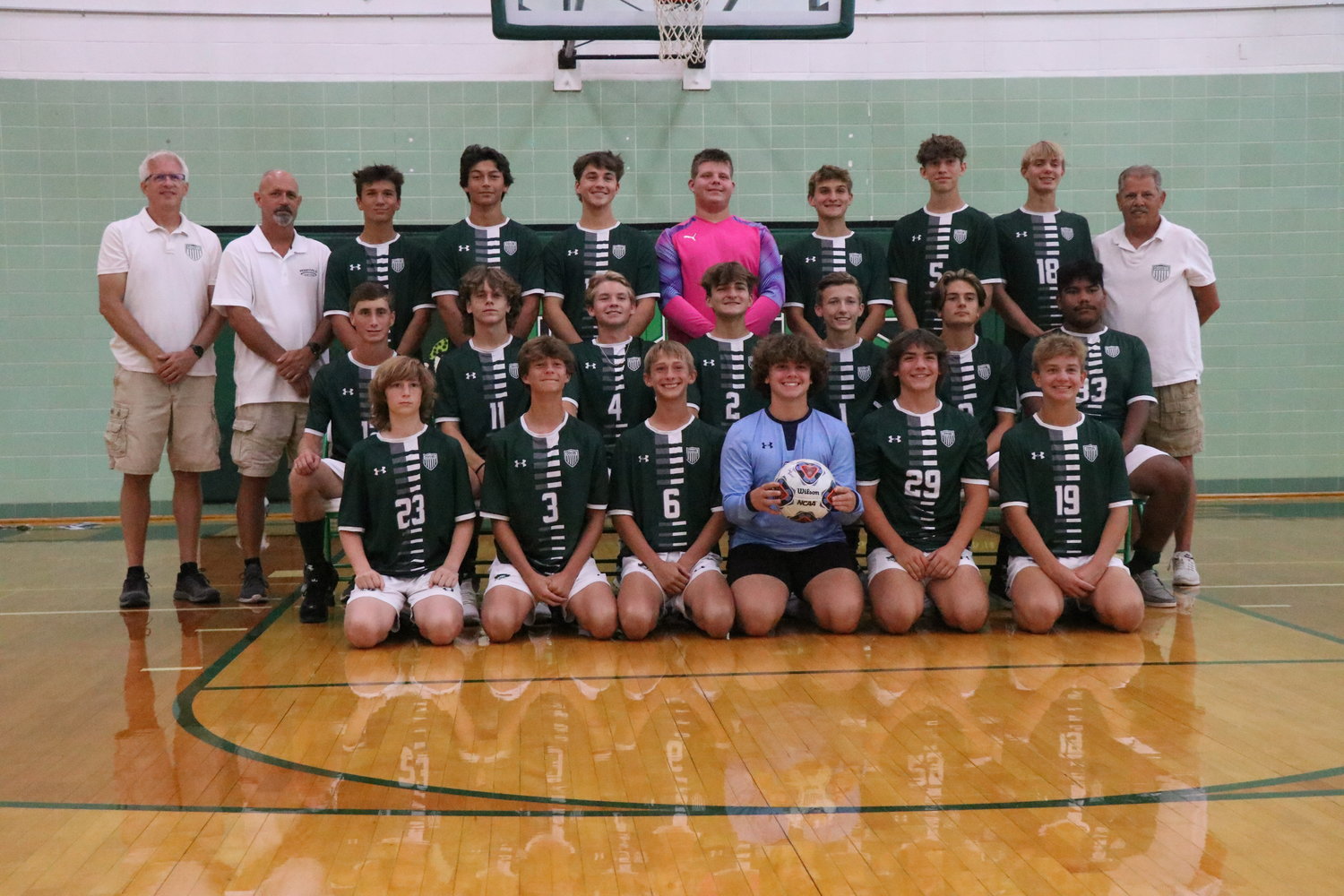 Perryville soccer endured a hiccup, but finished strong on Saturday.
The Pirates defeated host Hillsboro Hawks 2-1 in overtime to claim third place at the Hillsboro Boys Soccer Tournament Sept. 24.
Andrew Welk scored the game-winning goal less than one minute in the extra period to secure the finish. One that Perryville soccer coach Jerry Fulton felt like his team improved as the week went on.
“I thought we did ok,” Fulton said. “We had a hiccup against Fox that cost us getting into the championship game.”
Perryville defeated eventual tournament champion Seckman 2-1 on Sept. 19, and then fell to Fox 1-0 on Sept. 20.
“I felt like we dominated and controlled the whole game,” Fulton said. “We just didn’t put a goal in, but we did everything else.”
Perryville rebounded well after the loss with a 2-0 victory over Lutheran South. Fulton noted that the first tiebreaker for the eight-team tournament was goal differential, instead of head-to-head matchup. Seckman defeated Fox 8-1 for the deciding factor.
The Jaguars defeated Washington 5-0 for the title.
“We were beating Lutheran South 2-0 in the first half and lightning came in about 30 seconds into the second half and we never got the chance to finish the game,” Fulton said.


The Hawks and Pirates had faced each other earlier in the season, with Perryville winning 6-1 Sept. 15.
The two teams traded goals in the first half, with Perryville’s Eli Angle scoring in the lone goal for the Pirates in regulation.
“Any time you play a team for a second time they adjust,” Fulton said. “They play more on turf instead of grass. Hillsboro played a much better game, but I felt like we didn’t finish very well.”
Fulton called his team’s scoring ability “a work in progress.”
“We have about one month to get things tweaked and ready to go for district play,” Fulton said. “We have no rest here because we have another three games this week.”
That tough stretch includes a conference and district opponent in St. Pius on Thursday.
Fulton believes the Class 2, District 1 tournament will be tough between his Pirates (9-4), St. Pius (6-4), Saxony Lutheran (7-4) and Bayless (9-0).
“I think it is an advantage that we get to host the tournament again this year,” Fulton said.
Perryville hopes that winning three of four games at Hillsboro will bring momentum going forward.
“I think we need to stay on track,” Fulton said. “seems like every team goes through a lull in the middle of the season and I think we saw a little of that against Fox. I think we got in a funk playing all those games in a row. I wouldn’t count us out.”