Pirates ‘ready to go’ into season after camp 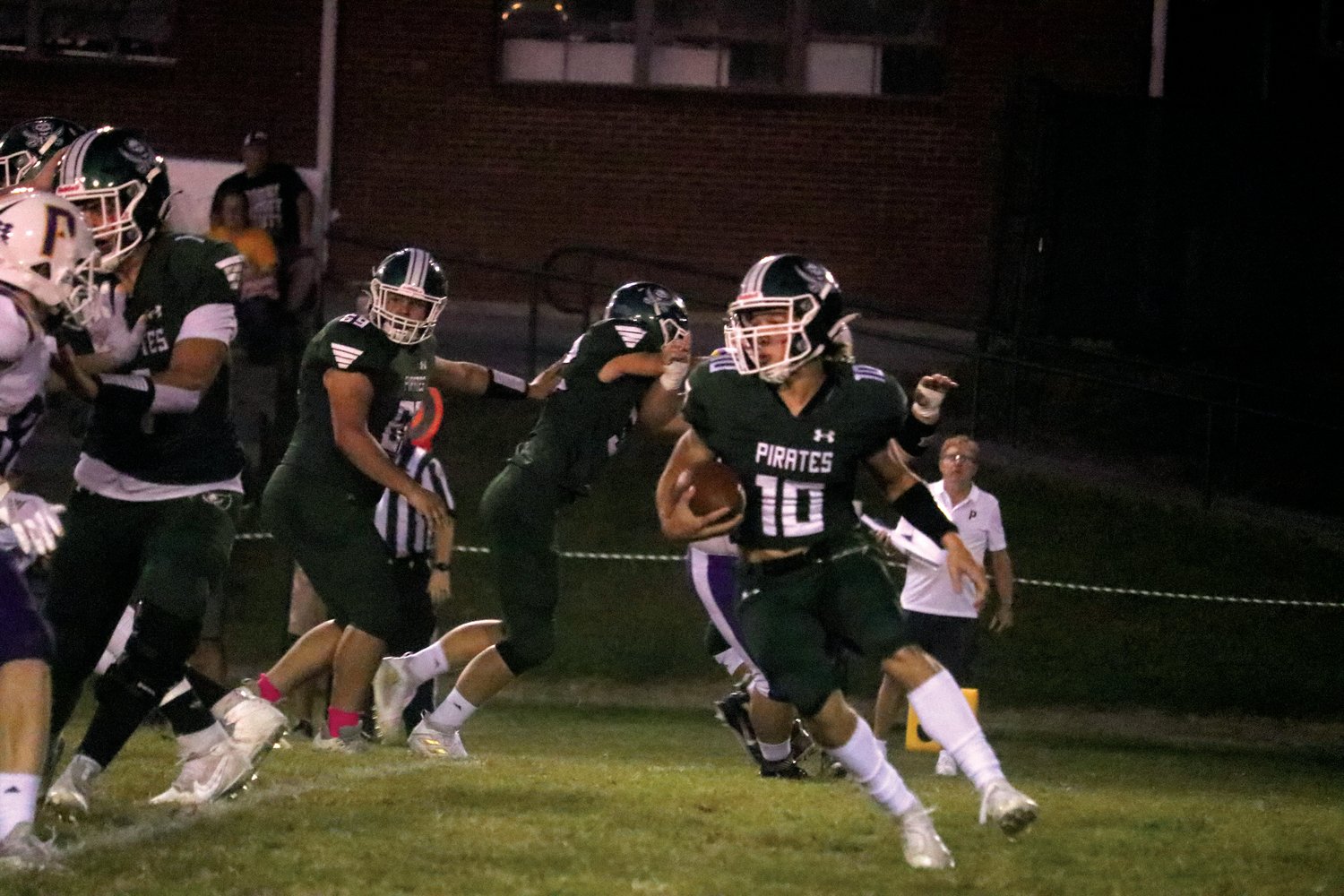 For Perryville football coach Brent Roth, the summer could not be going any better right now.
The Pirates competed in a jamboree-style contact camp with Ste. Genevieve and Grandview on July 28.
In his mind, how his team stacked up against a power like the Dragons would tell him a lot about his team.
By the end of the day he was impressed and confident to head into the season.
“I was very happy,” Roth said. Ste. Genevieve is a quality squad and they handed it to us last year. They lost a couple of key players, but they had a lot of guys coming back. We were able to go toe-to-toe with them.”
The Pirates scored at least twice (maybe three times) on the Dragons by Roth’s memory and feels even more confident heading into the season. The Dragons defeated the Pirates 61-7 last season and for more than a decade straight.
“I think they thought they were going to kick our butts again and we came in and battled,” Roth said. “We have been putting in the playbook for the last month, but when you run plays against yourself, it looks good. However, when you play against someone else, it doesn’t look good, so it’s definitely a boost for us to have that type of success.”
Much of the success came from the running attack. Perryville scored twice on Ste. Genevieve on the ground, which will be a primary source of their offense this year.
“The run game looked really good,” Roth said. “We were getting big chunks on the ground and then they started bringing blitzes and we had to throw the ball a little more. If it was a real game then we would have kept running it, but we wanted to test out everything. The offensive line played really well as a unit.”
He also said some good things from Aiden McGarvey under center.
“He was making very good decisions,” Roth said. “No, we weren’t throwing 50-yard passes, but last year when he was pressured, he had a tendency to chuck it up. Sometimes a sack is not a bad thing.”
The varsity squad played limited snaps against Grandview as the Pirates scored in just two plays, and the junior varsity took over from there. Perryville will play the Eagles this season as they switched to the Interstate 55 conference this season.
“Most of the time team’s don’t play in jamborees and camps against teams they play in the regular season,” Roth said. “However, we play them in week five and a bunch of things can change by then.”
Roth noted that the defense started out a little sloppy, but by the end of the day was playing well.
“It started off a little rough,” he said. “This was one of our first times in a live tackling against someone else and that is always a little suspect. We were just tackling too high, but by the end we were wrapping up knees instead of shoulder pads.”
The Pirates will start regular season practice on August 8, and for Roth the players are pretty much set at their positions.
“We have just a few guys we are moving around to find the right spots for them,” Roth said. “Otherwise we are ready to go.”