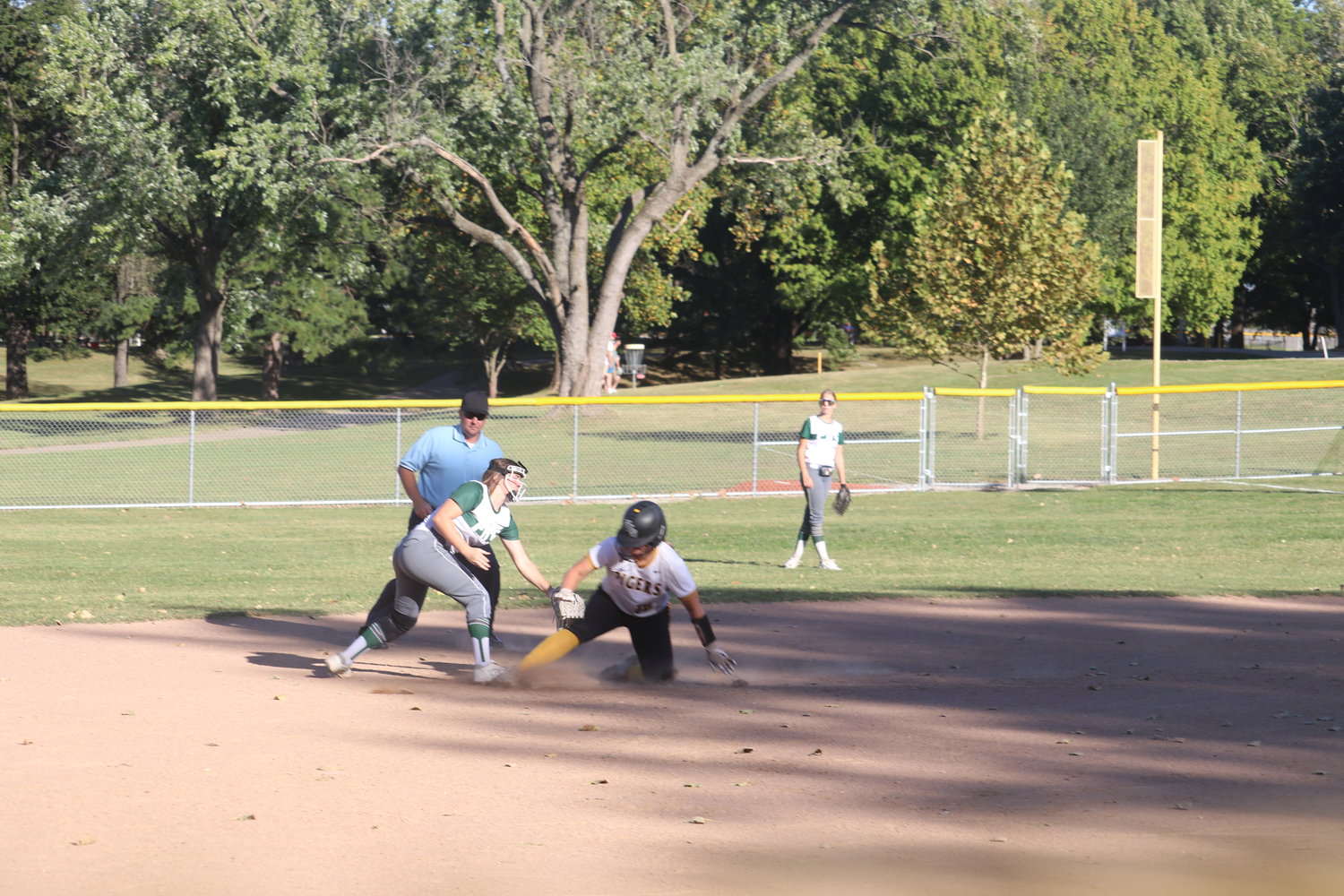 The Perryville softball team came into Monday’s game with Festus having won six of their last seven games. However, if there was one flaw for the Pirates that coach Lilly Chapman sees, it’s the team’s ability to hit different types of pitchers.
“Throughout the season we haven’t seen three slower pitchers in a row then faster pitchers in a row to really get used to the speed,” Chapman said. “Our bats have really struggled to adapt. One day we take really good at-bats and the next we can’t make that adjustment.”
While the Pirates have been in peak performance the past seven games, they saw a valley on Monday.
Perryville struggled to get the offense going, and when it did, the rally fell short in a 6-3 loss to Festus in the Perryville City Park.
The Pirates had at least one runner on base in each of the first four innings, and even had runners on second and third in the fourth and couldn’t drive any home.
“That’s been a focus for us all season, to score early, but that’s not how it went tonight,” Chapman said.
Festus had trouble figuring our Perryville’s pitching ace Alyson Stortz in the first two innings, but then found success in the third inning. The Tigers scored three in that inning, including a two run double by Olivia Kearns to give Festus a 3-0 lead.


The Tigers scored two more runs in the fifth on another RBI single by Kearns, who went 2 for 4 on the day.
Stortz pitched a complete game, giving up six runs on 11 hits with 12 strikeouts and one walk. Festus was hitting a lot of pitches the opposite way and found holes in the Pirate defense.
“A few pitches were working for Alyson tonight,” Chapman said. “She pushed through it really well and we have some spots on defense that we need to work on and figure out in the next week.”
The Pirates finally found success after a walk and a triple by Kylee Stortz put the first run on the board for Perryville. Jenna Brewer added another run with a RBI single with no outs. However, the Pirates couldn’t tack any more runs on after that. Kylee Stortz and Brewer both went 2 for 4 in the game.
Offense has been a struggle for Perryville at times this season, especially on a consistent basis.
“I spent much of the summer working on defense and filling those holes that the seniors left last season,” Chapman said. “But having those two bats out of our lineup has proven to be bigger than I originally thought.”
Chapman is already focused on the next game and trying to get better.
“Our season isn’t linear,” Chapman said. “We are going to have games where we are doing really well and it’s easy to keep our energy up and there will be days where it’s going to be hard to cheer and stay positive, but we have to do it.”