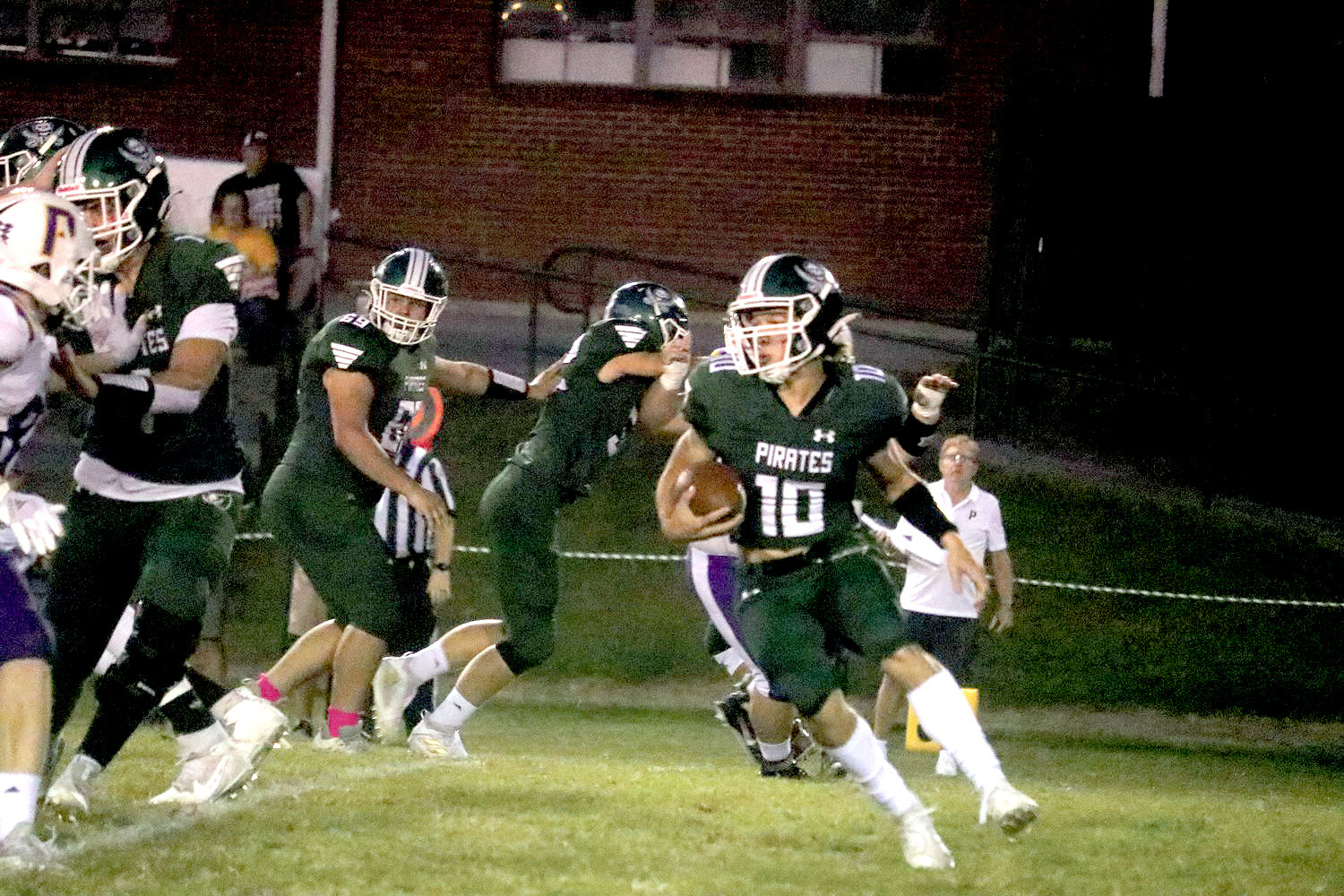 The Perryville football team got the monkey off its back, or any other saying a person wants to use in the situation. Perryville got back on track with a 40-0 victory over Bayless to capture the team’s first victory of the season Sept. 16.
“It’s definitely weight off the team’s shoulders,” Perryville football coach Brent Roth said. “It’s been a stressful start to the season. We came into the year with some high expectations and prior to this game we hadn’t lived up to them. It felt good to have some success and have that goose egg on top of it. It was an all-around good night.”
Perryville had an offensive explosion of sorts as they scored more in the first half, than they did in the prior three games combined (19). Perryville outgained Bayless 409-165 in total yards and according to Roth the strategy was simple.
“We came in pretty confident that we could physically handle them, so we didn’t want to try and get too cute by adding in motions,” Roth said. “We stuck to our base plays and ran it over and over.”
By that Roth meant his running plays.
Of the 57 plays that the Pirates ran in the game, 47 of them were on the ground. Perryville had much success that way. Perryville accounted for 335 rushing yards in the game and were led by Alex Sanders who had 173 yards on 13 carries for three touchdowns. Ben Hotop was a workhorse as well with 127 yards and two touchdowns.
Roth noted that Sanders was moved to running back for this particular game because of injuries to others.


“He looked great,” Roth said of Sanders. “I never doubted his running ability, it was just me having multiple athletes to get on the field. You only have one football. He got the opportunity and I think he has earned the right to get some more carries in the future.”
While the offense was explosive, the defense was just as dominant. Perryville forced five turnovers (four interceptions) and forced Bayless to complete 7 of 18 passes on the night.
The game was the first victory for Perryville since the move to the Interstate 55 conference. This was the type of game that Roth and his team were looking for since switching places with Valle Catholic from the Mississippi Area Conference.
“There will be a few games with teams that we should be able to handle,” Roth said. “we have to make sure that we are not playing down to their level.”
Roth said that this is just the type of game his team needed after a tough 0-3 start.
“We needed a confidence builder and this puts everything back on track for us,” Roth said. “Hopefully this will help us moving forward.”
Perryville (1-3) will travel to Grandview (2-2) this Friday at 7 p.m. The Eagles fell to St. Dominic 42-6 last week.
“They have a couple of good athletes and they run a triple option on offense,” Roth said. “They had a close game with Bayless. As long as the Pirates don’t beat themselves, we should be able to compete.”