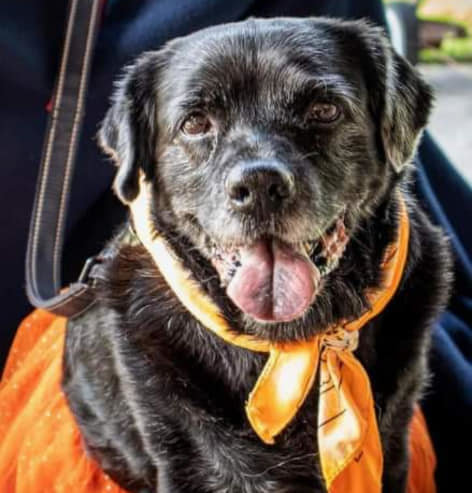 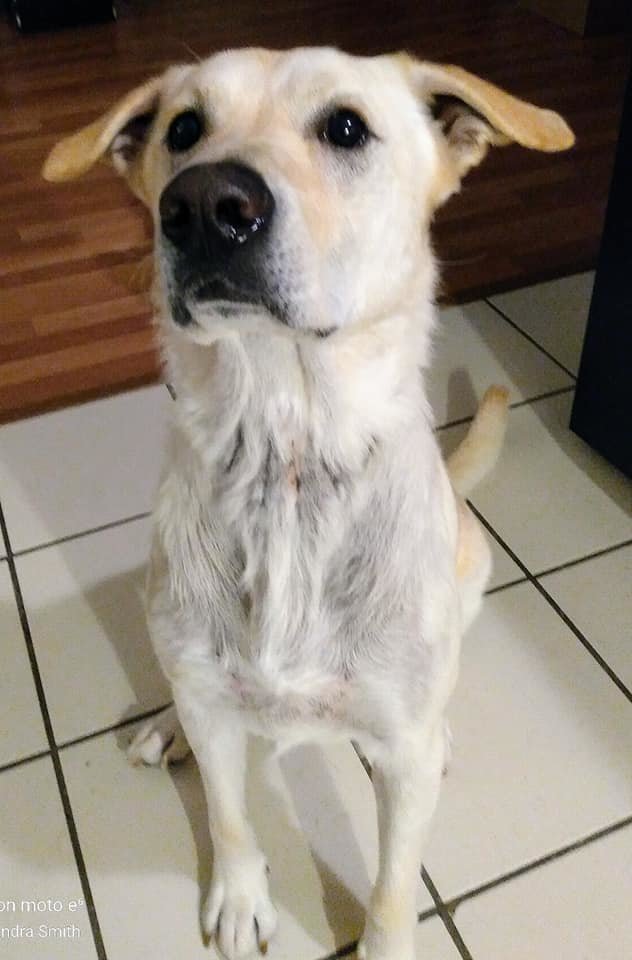 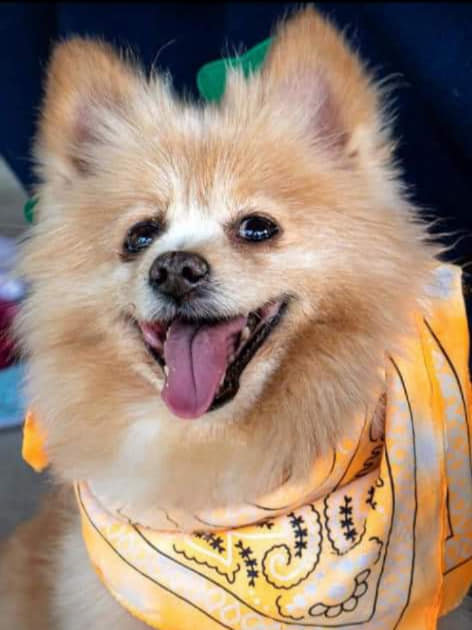 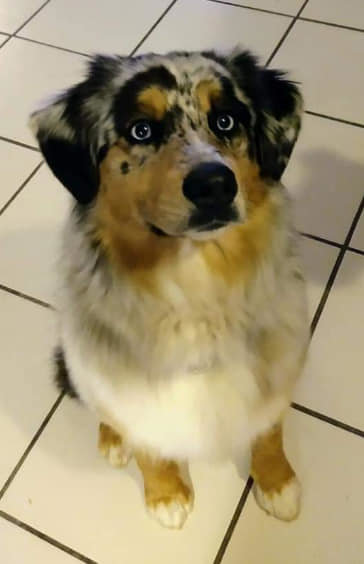 Cassie Smith has a way with animals.
Nearly a year ago, in August 2021, she began “Welcome Home Ranch,” which operates out of her apartment on Highway T.
In her home, she now cares for four dogs, all of whom are awaiting adoption.
“We help with cats, we just don’t have any of them yet,” she said. “We will help people find places. If they have a momma cat, or a litter of kittens…we will help with that. Eventually, we hope to have our own place.”
Smith, a certified dog trainer, hopes to be able to take in cats and more dogs. She is seeking to purchase property, hopefully by the end of 2022.
A 1987 graduate of Sparta High School, she moved to Perry County three-and-a-half years ago. She kept getting dogs relinquished to her.
“I was rehoming them, and footing all the bill and everything,” she said.
If she was to eventually start a rescue foundation, she knew she couldn’t to do it all alone.
One day last summer, she came home from a training session and was told by a neighbor there were two wolves or coyotes on her front porch. She glanced out her window and there did appear to be two coyote-like or wolf-looking creatures.
“I turned on the porch light and I looked out the front window and there was the most beautiful huskies staring me in the face with these eyes that said, ‘Please help me,’” Smith said. “I got a big bowl of food and water out there and they were eating and drinking and just couldn’t get enough.”
The sheriff later showed up at her home, responding to a complaint from a nearby neighbor.
At first glance, it appeared that euthanizing the dogs were the only legal option.
“The only thing the sheriff could do is if no one wants them, they could put them down,” Smith said. “In town, you have the dog catcher. But here out in the county, you have nothing, unless there is a rescue to take them.”
Smith sought ways to save the unwanted huskies.
Later, she contacted a friend about keeping the two dogs overnight.
The next day, she found out through the vet that the dogs had a micro-chip and were at least 13 years old.
Both had ear infections and needed medicine.
She had $300 to her name and both dogs needed a significant amount of care.
“They got them up to date on their shots. Their ear infections had gone untreated for so long, they were functionally deaf in both ears,” Smith said. “One of them was virtually blind. They both had severe cases of whip worm as well as degenerative arthritis.”
“There were lots of elderly challenges,” she said. “The vet was wonderful and did an enormous amount of work for me for $300,” Smith said. “(I come) home, contacted some friends and say, ‘Guys, yesterday, I prayed for a sign, and God sent me two. We to start looking into starting a rescue, and that was January 2021.”
The two huskies eventually were adopted by individuals from Des Moines, Ia.
“We started the process and it takes a long time to get through the IRS to get your 501c3 number,” she said.
Smith obtained full accreditation in August 2021, and later got the proper licensing with the U.S. Department of Agriculture.
The organization was finally established as a rescue in October 2021.
At this time, it is running on a foster basis now, which means they have a limited number of dogs they can take in.
“I don’t have room for any more dogs,” she said.
The organization is working on raising money for a permanent location, Smith noted.
“We’re in the process of trying to fund-raise for our property,” she said. “We have found a property, it’s five acres, it’s already got a facility on it, with power, water, sewer, the whole nine yards. It’s out in the county. We don’t have to worry about anything else but just getting it set up.”
The amount needed to raise is estimated at $40,000.
Once that goal is reached, more improvements can be done, according to Smith.
“Then we can hit the road running, and have more availability for dogs and cats. I have a 20-cat sanctuary planned, as soon as we get our property. Right now, four dogs is all we can take. So unless I can get them adopted out or we get more foster families, it’s going to stay that way.”
For additional information about Welcome Home Ranch, go to the organization’s Facebook page or call Smith at 573-212-3162.
In addition to Smith, the organization’s board also includes vice president Robyn Ferrell, secretary Nancy Bowles, Joyce Jackson, Amy Conley and Sarah Beinlein.

The dogs available for adoption through the Welcome Home Ranch now include Marley, a four-to-five-year-old English Labrador retriever described as outgoing, intelligent, kind-hearted, gentle, friendly, patient and easy going; Princess, a 13-year-old female Cocker spanial/Corgi referred to as affectionate, friendly, playful and dedicated to her human; Buffy, a 12-year-old female Pomeranian described as curious, energetic, smart, feisty and bold; and Artemis, a two-year-old Australian shepherd described as intelligent, outgoing, friendly, active, willful and energetic.
Cassie Smith keeps the three dogs inside, for now, though if an expansion occurs that could possibly change. Another foster family helps with the fourth dog available for adoption.
“We primarily work inside,” she said. “If we have an outside job, we can work on that. Right now, most of it is inside.”
The length of time a dog stays with her can vary.
“It just kind of depends,” she said. “We different than most rescues. We don’t just fix them physically. We go through the obedience training. We fix them emotionally, physically, (help them with) confidence, so they typically will be with us longer. I’m not going to just bring in a dog today and adopt it out tomorrow. I don’t know that dog. I don’t know what kind of home he needs. I don’t know what kind of challenges he has, why would I rehome a problem? I want to know what these dogs issues are, fix them and then that way we get a permanent home.”
“It takes a lot of patience to understand them, but the biggest thing is no dog, no matter how aggressive they seem to be or shy or reactive, they didn’t come out womb that way. It is a reaction of something that happened to them. Nobody got better just because somebody told you to. You had to go through the steps to rebuild confidence or any of those kinds of things. If nobody helps you do that, you’ll never get better. That’s why it takes patience, taking that time to look at them and say, ‘It’s OK, we’ve got this.’”
“They’re up every morning between 5 and 6,” she said. “Everybody goes potty. Everybody eats. Everybody does all of that. We start the process of everybody getting some playtime, some exercise, then of course, it’s usually naptime.”
EVENT FRIDAY
Smith and her organization are planning a meet and greet event Friday, June 24, at the Perryville City Park Dog Park, starting at 6:30 p.m.
All four of the dogs available to adopt will be there, Smith said.