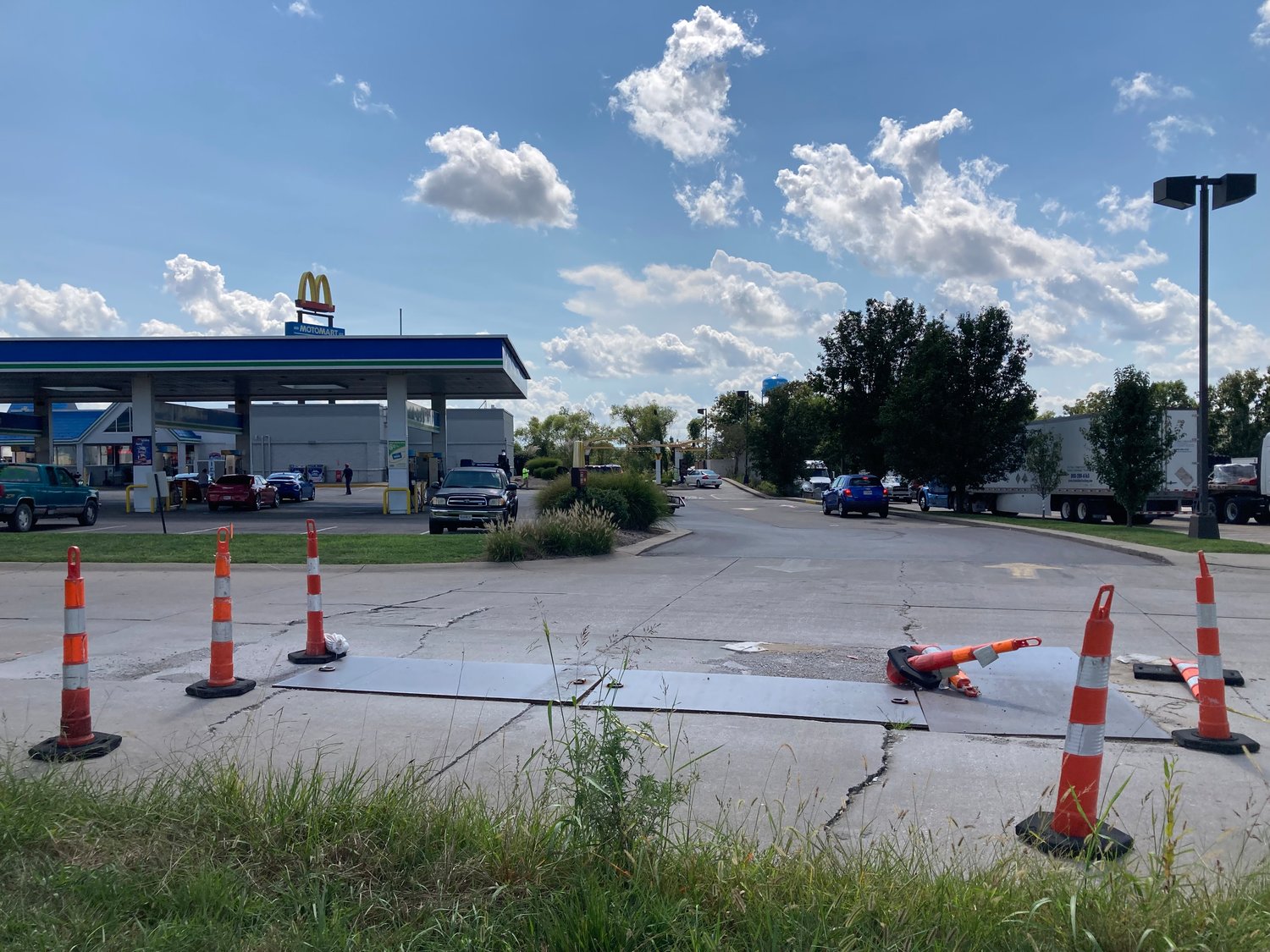 The city of Perryville's annual fall cleanup has been scheduled for Monday, Oct. 11 through Friday, Oct. 15. Residents wanting to participate in this service are encouraged to call ahead. This event is by appointment only.

To schedule a pickup time, call 547-2500 or 547-2594. The city allows one pickup of unwanted material per household. Piles cannot be larger than 50 cubic feet. The city cannot accept chemicals, pesticides, oils and fuels, as well as large furniture, washing machines, dryers, stoves, water heaters, refrigerators, TVs, computer monitors, or any other electrical appliance. Standard bulk trash rates will apply for the pickup of these items.

"We encourage everybody to take advantage of that," said Perryville city administrator Brent Buerck.

With the fall season officially arriving later this month, Buerck reminded the aldermen that leaf season will be Oct. 15 through Jan. 1, 2021. Residents are encouraged to rake leaves to the curb and the city's machine will handle clean up.

Buerck said the city is looking at a shorter election filing period later this year.

Brent Buerck provided the aldermen with an update on the joint justice center project. A public hearing occurred Thursday, Sept. 9, at the county courthouse.

"This is the final step in the commission determining the exact location that they would like to pursue with the justice center," Buerck said.

Buerck described the process of narrowing down the locations. "They had a matrix with 14 different criteria that they were considering," Buerck said. "All of the people that are going to be in the building, including chief (Direk) Hunt and his team were able to score that."

"It's been a good process and we're getting close to the end."

The work includes the installation of a sand filter as well as water slide restoration. The pool also will receive an annual cleaning at this time.

From Sept. 27-30, the entire facility will be closed for the installation of a power panel, Buerck said.

A special use permit for Conex storage containers was withdrawn prior to the Sept. 7 meeting. The location was to be in the vicinity of Perryville Boulevard and Old St. Mary's Road. This topic has been referred to the Planning & Zoning Commission for their consideration before coming back to the Board of Aldermen for a final decision. It will be a topic of discussion at the Planning and Zoning Commission meeting Wednesday, Sept. 22, according to city clerk, Tracy Prost.

The containers are required to be in a commercial area. The consensus from the aldermen was to limit the number of Conex containers a business can have for their own private use, and to entirely prohibit their use as rental units. This issue will come back to the Board of Aldermen at a future meeting.

Buerck reported the existing state revolving loan fund at this time now has an 0.75 percent interest, plus 0.5 percent administration fee for a total rate of 1.25 percent.

Also, as part of his administrator's report, Buerck said a recent film titled "Interviewing Monsters" featured footage of the Perryville airport. There also was filming done in Perry County woods.

The opening of Lucas and Friends Backyard Adventures will take place Saturday, Oct. 30, as a grand opening has been scheduled for 10 a.m.

"It just didn't get finished like they hoped it would," Buerck said.

Four signs have been donated by the LAD Foundation, owners of the Ball Mill Resurgence. Two will be located at City Park, one by the Park Center and another by the native plant area at City Park. Signage will go by the soccer complex and a sign will be placed at the Crevice Cave entrance. Buerck said signs will also be placed at additional locations.

Representatives from McDonald's and Motomart were contacted and notified about scheduling and how the process will unfold, according to Baer.

The biggest concern was how to get trucks in and out of there for deliveries, Baer said.

"We think we've got a plan for how to handle all of that, so we should be in pretty good shape," Baer said.

"The TIF money money looks like it's being used well up on the square with the facade grants," Guth said. "I know there is a hold up on material but it's going to look nice when it's done.

No reports for public works, public safety, finance, liaison, sidewalk committees were given from the aldermen.

In the board concerns and comments portion of the meeting, Ward 2 alderman Doug Martin reported reported a complaint of tall grass on Polo Run Drive," Martin said. He didn't provide a specific address but said there was another property on the same road that may need addressed as well.

Ward 3 alderman Dave Schumer said a resident contacted him about a parking concern at the splash pad on Miget Park at French Lane.

A recap of voter turnout from Tuesday's municipal election