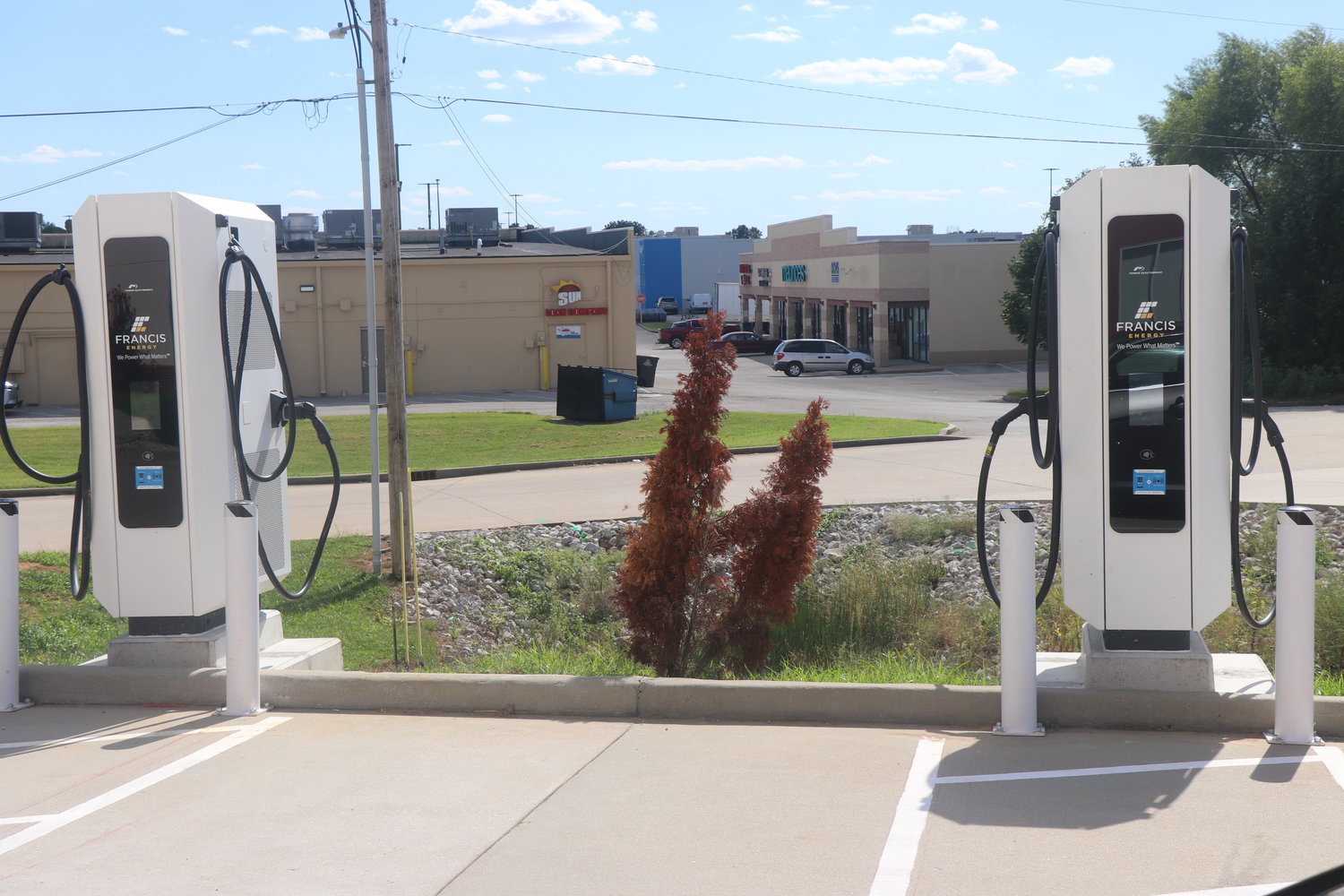 Perryville has entered a new realm when it comes to technology. The city had its first electric car charging station for public use within its limits recently installed.
The charger is stationed at the Holiday Inn in Perryville and Heritage Tourism Director Trish Erzfeld is excited for the addition to the city.
“It’s for public use, anyone can use it,” she said. “You don’t necessarily need to be staying at the hotel to be able to use it. You just use a credit card and plug in and go from there.”
She also sees the charging station as a big investment opportunity into the future for the area.
“We have been working on this for the last couple of years to get something like that here,” Erzfeld said. “Nobody realizes how many cars go up and down the interstate that are electric and they don’t stop in Perryville because we couldn’t provide that service for them to recharge. On a tourism level, this should help us out.”


Erzfeld didn’t have any concrete numbers of how many electric cars pass by Perryville, but understands that it is an option that is becoming bigger and bigger by the day.”
“We don’t have an exact number, but we know just in general that there are a large number of people that are going to electric cars and we want to be able to attract everyone to this area, no matter what they drive,” Erzfeld said. “it’s a plus for everyone and the economic impact that it can bring.”
Perryville currently has smaller electric car charging stations at Perry County Memorial Hospital, but those are on a smaller scale and only for staff use. The newest addition is larger and should charge vehicles at a faster rate. There are two bigger machines and one smaller unit with two ports apiece for a total of six.
“This is changing technology and it’s important that Perryville provides for those opportunities to charge going forward,” Perryville City Administrator Brent Buerck said.
Electric cars and charging stations are quickly expanding across the United States, especially on the east and west coasts. There are three types of charging stations including a level 1 station that provides approximately five miles of range per one hour of charging. Level 2 stations provide approximately 25 miles of range per one hour of charging and DC Fast Charging stations provide Approximately 100 to 200+ miles of range per 30 minutes of charging.
It’s something that is quickly going across the United States,” Buerck said. “There are a lot of federal incentives to build those out right now. So it’s definitely bigger than Perryville or even St. Louis.”