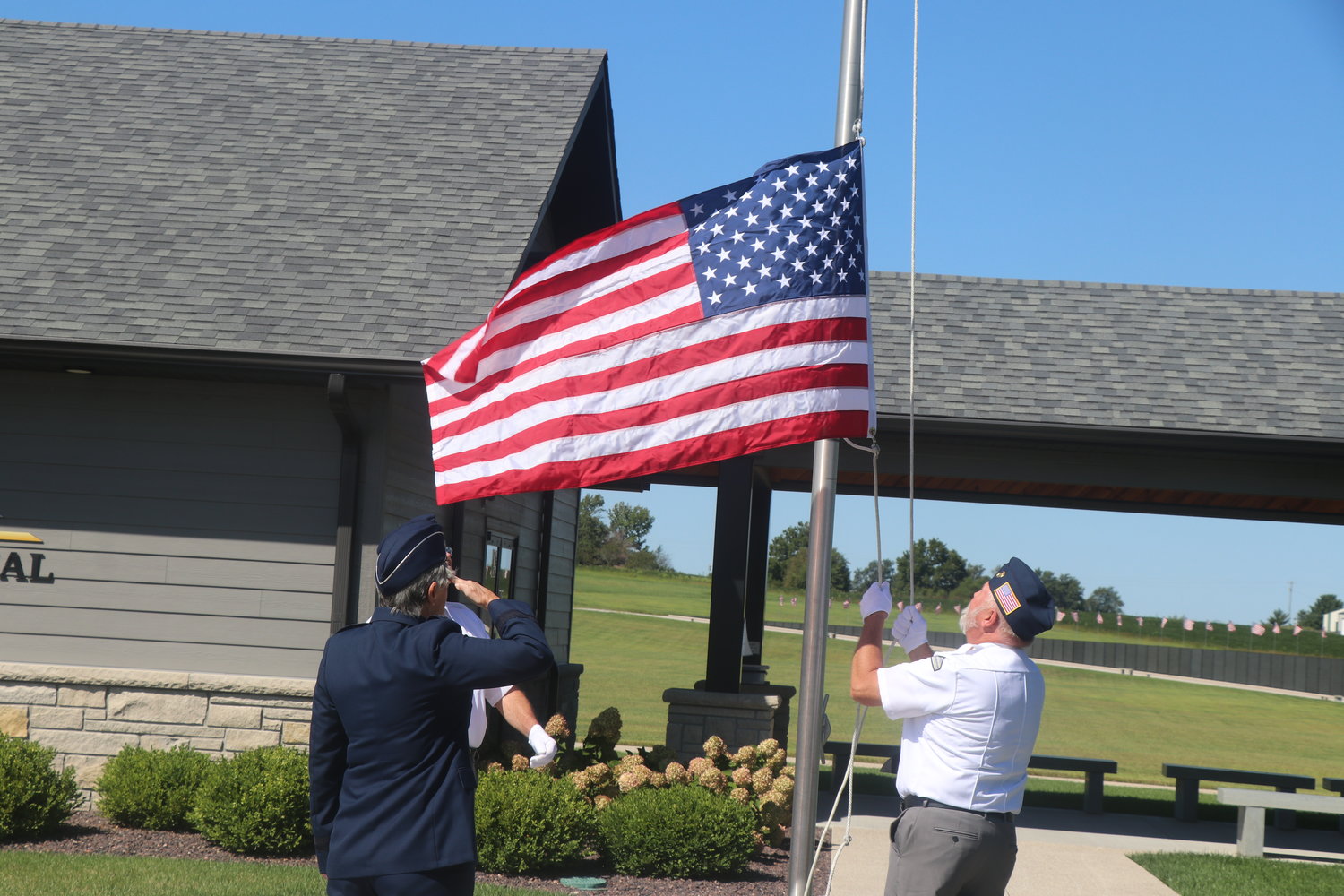 Perryville paid its respects to those lost on 9/11 with a special ceremony at the Missouri’s National Veteran Memorial Monday.
The local Stars and Stripes organization held a “Patriot Day” ceremony at the flag pole which included flying a flag which was flown over the Pentagon, the site of the third terrorist strike on 9/11 at half-staff.
Patriot Day occurs on September 11 of each year in memory of the individuals killed in the September 11 attacks.
This year marked the 21st anniversary of the attacks on the World Trade Center.
Retired Major General Cassie Strom, who was on hand to give a short speech said that it is important to remember the anniversary each year.


“The further away we get from the events of that day, the easier it is to forget them,” Strom said. “It is important to not only remember those who passed away during the attacks, but also the first responders that were there on scene and their families.”
Along with the presentation in Perryville, A ceremony was held on the campus of Southeast Missouri State University at the exact moment of the first strike against the World Trade Center (7:46:40 am),
Nearly 3,000 people died in the 9/11 attacks, which were orchestrated by al Qaeda leader Osama bin Laden. Hijacked airliners crashed into the World Trade Center in New York City, the Pentagon in Arlington, Virginia, and a field near Shanksville, Pennsylvania.
Different ceremonies were held across the nation on Sunday, including at the Pentagon where President Joe Biden spoke.
“I know for all those of you who lost someone, 21 years is both a lifetime and no time at all,” Biden said at the National 9/11 Pentagon Memorial in Arlington, Virginia. “It’s good to remember. These memories help us heal, but they can also open up the hurt and take us back to that moment when the grief was so raw.”