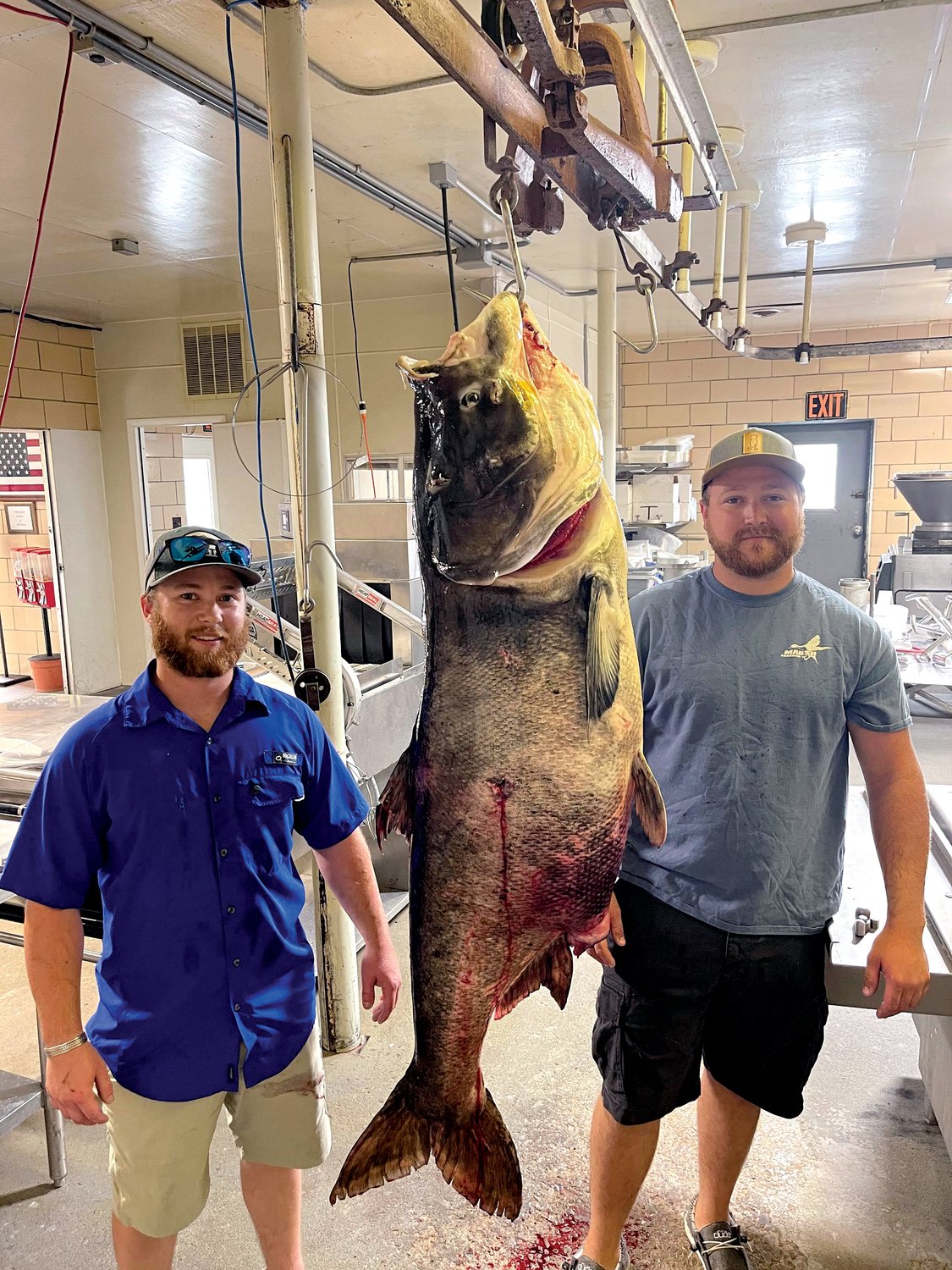 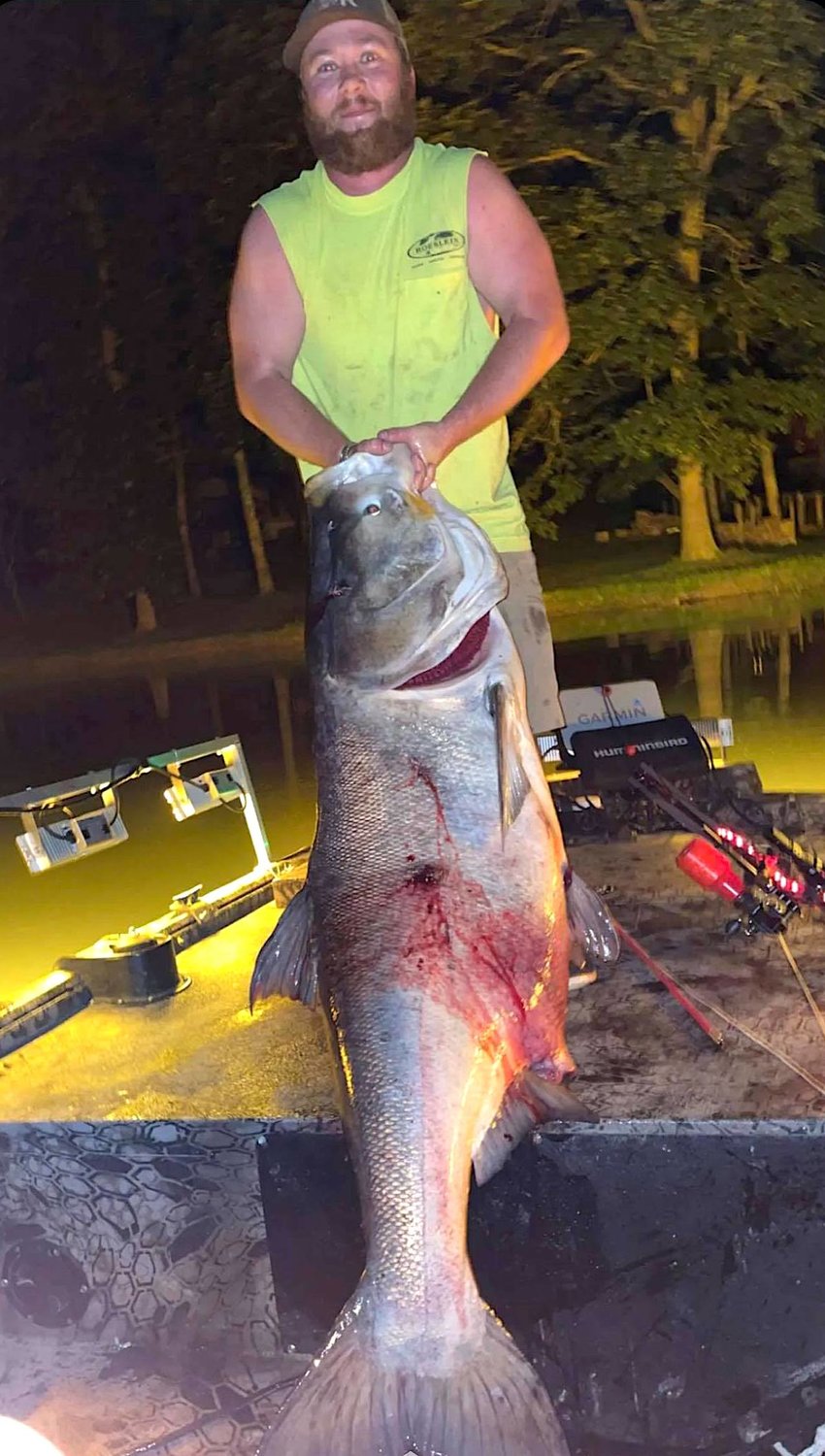 Previous Next
Posted Thursday, August 5, 2021 3:04 pm
For the Republic Monitor

The Missouri Department of Conservation recently confirmed that Matt Neuling of Perryville is the latest state record holder under alternative methods after shooting a colossal 125-pound, 5-ounce bighead carp. Neuling was bowfishing with a friend July 24 when shot the mammoth at Lake Perry.

“I was out with my buddy early that morning when we both shot what we thought was a 30-pound grass carp,” Neuling recalled. “My buddy’s arrow pulled out, but mine shot straight through and stayed in there.”

Neuling said his friend was eventually able to shoot another arrow into the fish, but they were shocked at just how massive their fish turned out to be.

“We just couldn’t believe it,” he said. “We knew what type of fish it was, but we had never seen one that size. This thing is a straight up monster. A five-gallon bucket could easily fit in its mouth. If my buddy wasn’t with me, there was no way I could have pulled it out of the water.”

The carp was weighed on a certified scale in Perry County. It’s the eighth state record fish recorded in 2021. This catch also beats the existing bowfishing world record of 104-pounds, 15-ounces.

MDC Fisheries staff took the head of the fish in an effort to age it, while Neuling used other parts of the fish for catfish bait.

“When fish get this size, we estimate it to be at least 10-years-old,” said MDC Fisheries Program Specialist Andrew Branson. “Bighead carp are an invasive fish from Asia. This particular fish is an example of just how well an invasive species can thrive if given the opportunity. We encourage people to harvest these fish to help remove them from our waters.”