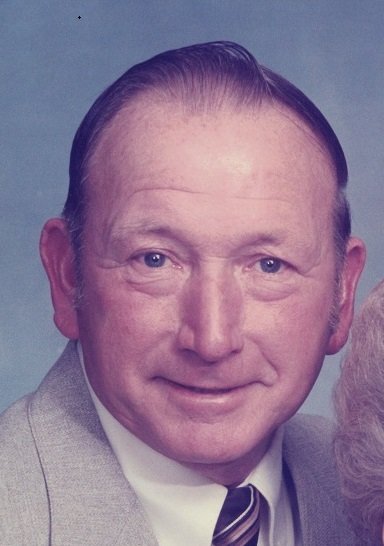 Martin “Shorty” V. Bohnert, 91, of Perryville, passed away peacefully on Friday, June 17, 2022 at Holiday Residential Care surrounded by his family.
He was born Sept. 13, 1930 in Crosstown to Martin and Corinne (Petot) Bohnert. He and Lois J. Hoffstetter were married on Oct. 23, 1954 at The Church of the Assumption in Perryville.
He served in the United States Marine Corps during the Korean War. He was employed by the U.S. Army Corps of Engineers for over 20 years. He later worked at the American Legion and Rozier’s Mercantile in Perryville. He had a lifelong love for horses and riding with many good friends.
He was a member of St. Vincent de Paul Catholic Church and the American Legion Post #133. He volunteered countless hours preparing for the annual Seminary Picnic.
Survivors include daughter, Tina Boxdorfer of Perryville; two granddaughters, Brandi Boxdorfer of Perryville, Mindy Boxdorfer of Jackson; and great-grandson, Trent Boxdorfer.
He was preceded in death by his wife, Lois J. Bohnert; son-in-law, Keith Boxdorfer; eight brothers and four sisters, Alvertis Bohnert, Melvin Bohnert, Idell Williams, Delmar Bohnert, Clayton Bohnert, Denvil Bohnert, Victor Bohnert, Wilma Megna, Louise Queathem, Donald Bohnert, Dorothy Meyer, Clyde Bohnert.
Visitation was Wednesday, June 22, 2022 at Ford & Young Funeral Home in Perryville.
Visitation will continue from 8-9:30 a.m. on Thursday, June 23, 2022 at Ford & Young Funeral Home. The funeral Mass will be offered at 10 a.m. Thursday, June 23, 2022 at St. Vincent de Paul Catholic Church in Perryville with the Rev. Joe Geders, CM, officiating.
Burial will be at Mount Hope Cemetery in Perryville with military graveside honors by the American Legion Post #133 and the United States Marine Corps.
Memorial contributions may be given to St. James Catholic Church in Crosstown.
Online condolences may be made at www.fordandyoungfuneralhome.com.
Ford & Young Funeral Home is in charge of arrangements.