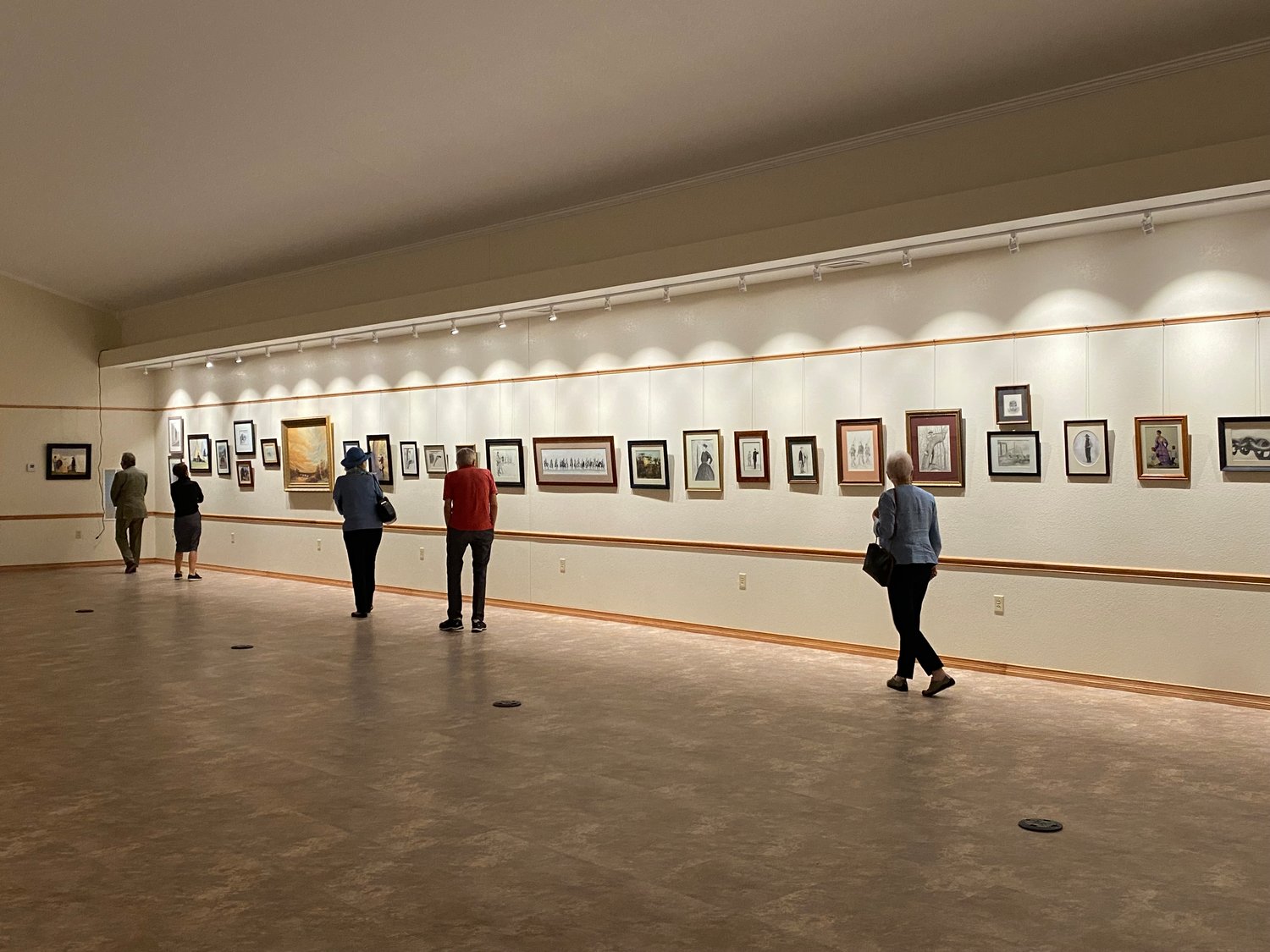 The Perryville Area Chamber of Commerce will be hosting a ribbon cutting commemorating the expansion of the Lutheran Heritage Center next week, Thursday, Oct. 28 at 6:30 p.m.
Carla Grebing, development director for the Lutheran Heritage Center, detailed the expansion in a recent interview.
“This allows us to give ample room for even more exhibits to be shown,” Grebing said. “We’re a repository of some amazing books. We get books from all over the country sent to us.”
Grebing is expecting Perry County business representatives, Council members, city of Frohna and Altenburg aldermen as well as local elected representatives at the Oct. 28 event. Light refreshments will be served.
In addition, people from all over the country will be at the Heritage Center as part of its annual immigration conference, Grebing noted.
Officially titled the south Gallery, artwork compiled by Dan Woodward, a professor from Rolla, is included in the new addition through the end of October. The exhibit, titled “Impressions of the Civil War in the West features forgotten Germans of the Civil War west of the Mississippi, from places such as Missouri, Kansas and Arkansas
“The entire gallery will be an extension of the Heritage Center’s existing facility,” Grebing said. “The plan is about three years in the making.”
The LHC has been working on an expansion for the past three years, according to Grebing.
A very generous family procured the funding for the new expansion, Grebing noted.
The added expansion is 9,200 square foot of exhibit space and storage, which will about double the center’s total space.
“We were out of room,” she said. “Our expansion will take care of extra exhibit space.”
The new addition will also have an exhibit featuring Capt. Ray Littge, Missouri’s top fighter ace from World War II.
Littge was born in Altenburg. The Littge exhibit is titled “Fearless: The life of Cap. Ray Littge.”
Part of the exhibit is the debut of a new video about Littge and his service.
The Perry County Lutheran Historical Society was created in 1910 to preserve the log cabin college in Altenburg. In 2005, the doors opened to the Lutheran Heritage Center, which is owned and operated by the PCLHS.
“We are always so very grateful to get family heirlooms and gifts,” she said. “That’s how we exist.”
Grebing said the increased space will allow the LHC to expand its upcoming Christmas exhibit and feature additional exhibits in order to show more of the Lutheran heritage and history.
“We had so many wonderful artifacts but we just didn’t have enough space to show all of them,” she said.
The Lutheran Heritage Center, at 75 Church Street in Altenburg, is open 10 a.m. to 4 p.m. seven days a week.