Juvenile in custody for threats made at PCSD 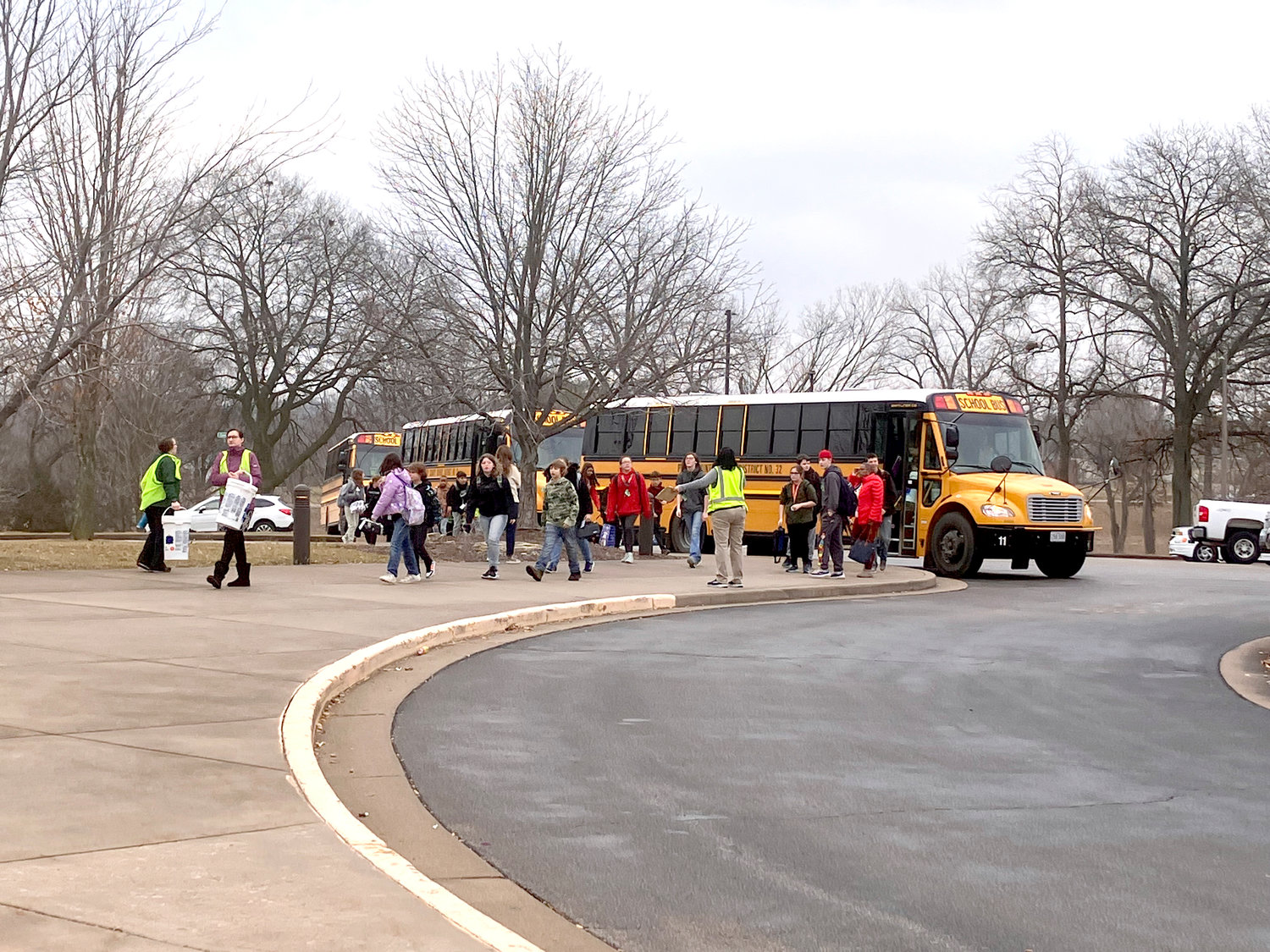 Class was in session at Perry County School District’s Perryville campus on Tuesday amidst heightened security protocols in the wake of terroristic threats made against the district last week.
A juvenile suspect accused of making the threats — which caused a partial evacuation on Wednesday, Jan. 11 and forced the closing of all campus facilities on Friday, Jan. 13 — has been arrested.
Perryville Police Chief Direk Hunt on Sunday was joined by Perry County Sheriff Jason Klaus and PCSD deputy superintendent Fara Jones to announce the arrest.
“It is with great pride that I announce that through the diligent work of multiple law enforcement agencies and school districts we have identified a suspect and have taken the subject into custody,” Hunt said. “I want to thank all of the agencies that worked on solving this case. Without interagency cooperation, we would not be where we are.”
On Jan. 11, police received multiple phone calls detailing a possible bomb on the school district’s Perryville campus leading to a temporary partial evacuation of the district campus. On Jan. 13, another early morning call threatened a mass shooting. School officials were able to quickly make the decision to cancel school for the day, alerting parents of the threat and closing shortly after 5 a.m.
In both cases, extensive searches by officers from the police department and the sheriff’s office found no weapons or incendiary devices.
Sgt. Jeri Cain, public information officer for the Perryville Police Department, said there was a great sense of relief after the arrest was made.
“I think that many officers like myself, when we got notified yesterday that a juvenile was taken into custody, not only was it a relief for ourselves to be able to close it, but we knew that it was going to be a relief to the community, and I was excited to be able to bring that news of closure to the community today,” Cain said Sunday.
Aided by state and federal authorities, investigators were able to determine the calls, which were made using a voice-over-internet protocol — or VOIP — were all likely made by the same individual and, by Friday afternoon, police announced they had developed a person of interest in the case.
“That subject was brought to our department and interviewed,” Cain said, speaking during a news conference. “It was determined they had no involvement in last week’s events. However, our investigators obtained additional information on Saturday.”


That information, Cain said, came via the local school district’s school resource officer, Teresa Worthington, and an SRO from nearby Fredericktown.
“The relationship built between the school resource officer and their students are vital because often a student would not disclose information to a regular officer, but they trust their SRO enough to talk with them,” Cain said. “It is because of this type of relationship that our investigators were able to develop information which has led to the resolution of this case.”
According to Hunt, Worthington received information from a Herculaneum police officer about a student who had recently transferred to the Perry County School District. Additional information was obtained Saturday by Perryville detective who was in contact with a school resource officer from Fredericktown. He had been approached by a student that morning at a sporting event with information about a possible suspect and shared the information with Perryville detectives.
Hunt praised the PCSD administration for its “invaluable cooperation and assistance with providing information to our detectives to support this case.”
Jones, speaking on behalf of the school district, called the incident “difficult.”
“This week has been difficult for our students, staff, parents and entire community,” Jones said Sunday. “The very first responsibility of a community is to provide safety for its children. Many of us have not felt completely safe since this situation began on Wednesday. I want to address steps the district has taken and will take to ensure that our students —your children — are safe as we return to school on Tuesday and as we move forward.”
Police continued to patrol the school zones throughout the day and conducted periodic walkthroughs of campus facilities Tuesday.
“I cannot overstate the efforts of our teachers and staff, nor the care and concern they show every day for our students,” Jones said. “As a parent of a district student myself, I give my heartfelt thanks to them.”
Sheriff Jason Klaus praised the efforts of all those involved in the investigation.
“In any adverse situation, you have an opportunity to grown and learn, and we, as a law enforcement and school community, have done so this week,” Klaus said Sunday. “Our officers and school administration have shown great resolve in bringing this situation to a safe conclusion. This, again, would not have been possible without the long-standing relationships we share within this community, and surrounding agencies.
“I would like to personally thank those specific officers who reached out with information that assisted in identifying this individual, as this greatly expedited our investigation and to our own School Resource Officer, Teresa Worthington, thank you for representing our department and our school district, and deeply caring for our students.”