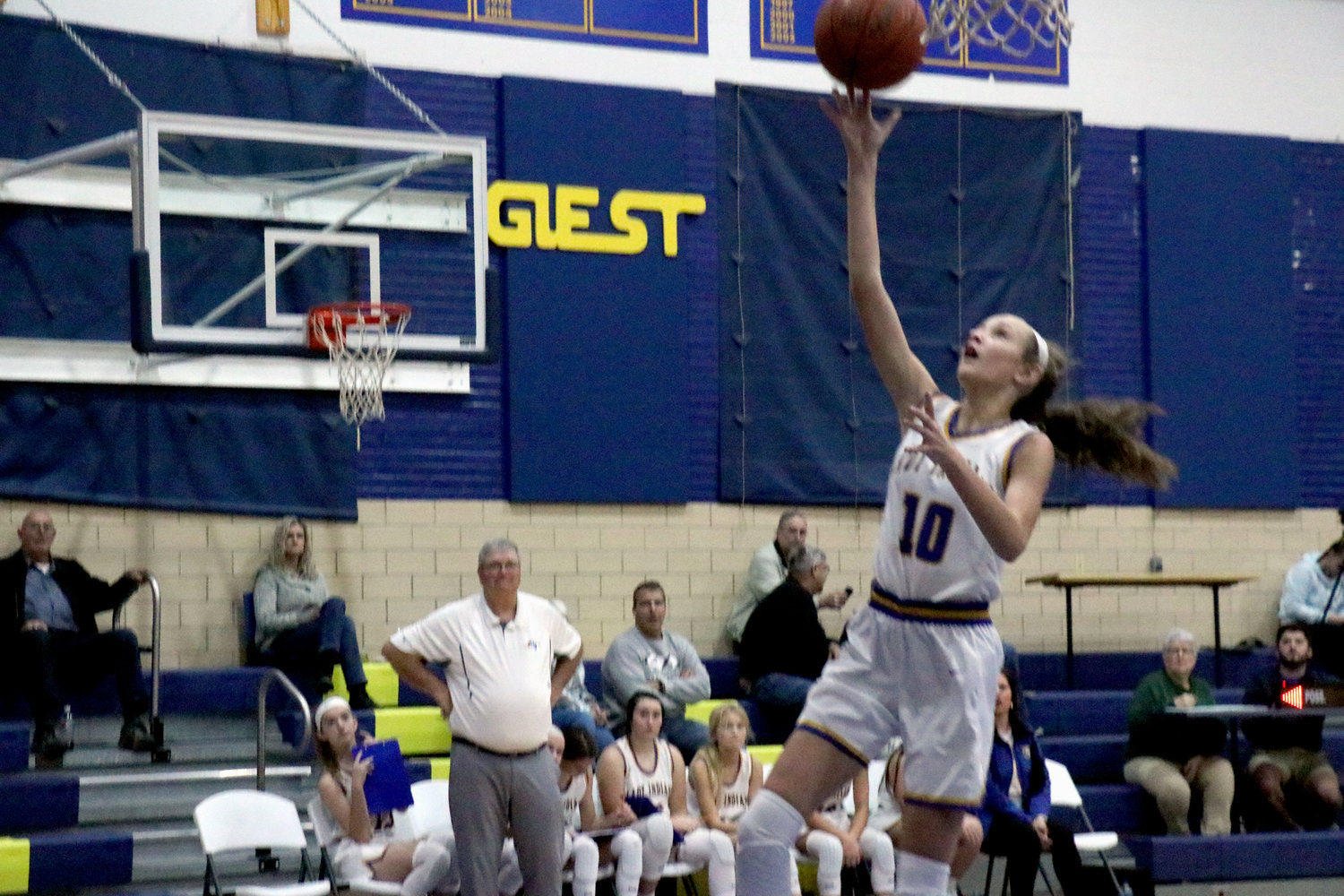 If you listen to St. Vincent girls basketball coach Mel Kirn, the Indians are ready for the season already. St. Vincent competed in the Rib City Shootout in Dexter from July 18-19.
Kirn felt like his team was up to the challenge over the course of the two-day tournament.
“I was really impressed with how the girls played,” Kirn said. “Our defense was there for much of the tournament. They were hustling and playing hard. It was almost like they were ready for the season to start now.”
The Indians went 5-2 in seven games, losing to a pair of teams from Arkansas, who made the cross-state trip.
“We played together and there were a lot of positives to take from the tournament,” Kirn said.
The Indians defeated Delta 30-28 and then went on to beat Portageville 30-13 and forced many steals that turned into points on the offensive end.
St. Vincent fell to Mammoth Springs, Arkansas 45-14 in the final game on July 18. Mammoth Spring finished runner-up for the state title last season and brought back many taller post players.
“We played hard and tried everything that we could,” Kirn said. “We were overmatched at times inside.”
St. Vincent came back on July 19 and played four more games defeating Bay, Ark. 38-19 and Twin Rivers in decisive fashion 39-13.
St. Vincent defeated Clever 40-39 in a game that Kirn said was one of the “best and most competitive” St. Vincent played all tournament. The Indians won 40-39 as Clever missed the back-end of a one-and-one opportunity at the free throw line, giving the Indians a victory.
Finally, St. Vincent fell in a rematch to Bay, Arkansas 34-30 to bring an end to their tournament.
“It was close all the way throughout and in the last five minutes we missed quite a few close shots at the rim or the game could have turned out differently,” Kirn said.
The Indians will enter the season with a young roster with just one senior (Kamille Graham) and one junior (Cailyn Prost) on the team. Kirn will have six sophomores and seven freshmen in the program as well.
“We are young on paper,” Kirn said. “However a lot of our sophomores played big minutes last year and I will look to them to play a lot of minutes again this season. We also have a few freshmen that might see minutes as well. We may be young, but we are experienced.”