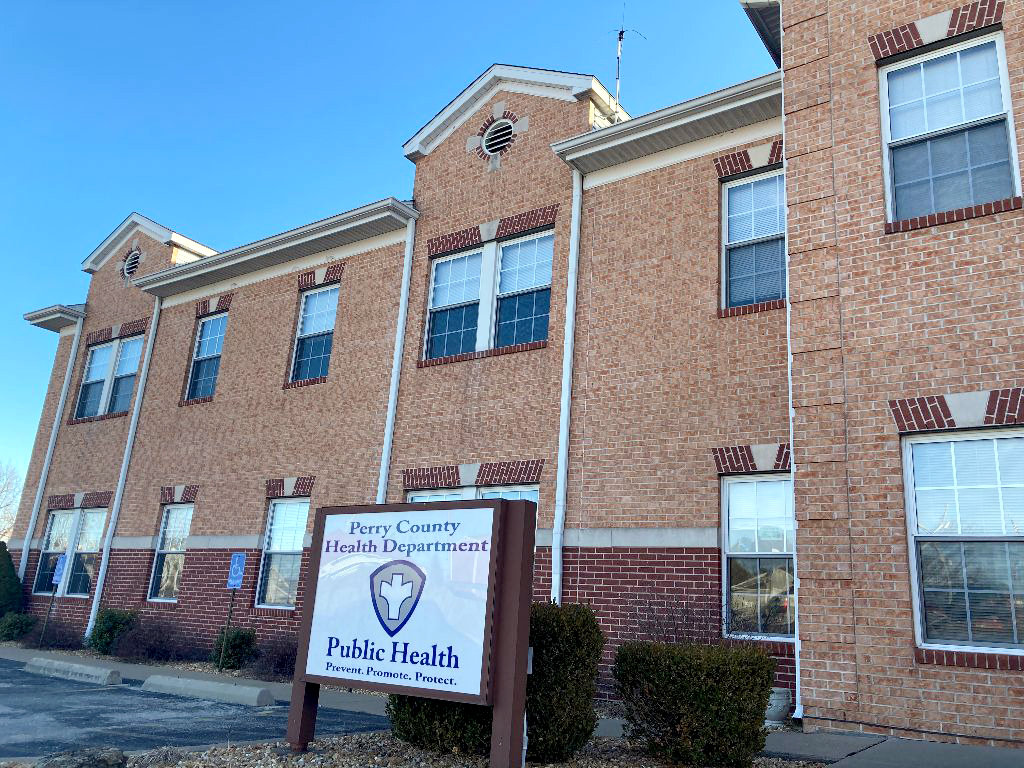 As part of a policy review discussion, the Perry County Health Department Board of Trustees discussed potential changes to its employee holiday schedule at a meeting Tuesday, May 17, at the Catalyst Center for Business.
Truman’s Birthday, recognized annually every May 8, is a state holiday in Missouri. However, it won’t be a part of the holiday schedule for Perry County Health Department employees. Meanwhile, the newest federal holiday will not be a paid off day for Perry County Health Department employees, though at least one member of the board thinks it needs to be recognized in Perry County.
“With the unrest around we better observe that Juneteeth holiday,” board member Mary Boxdorfer said.
That holiday has only been federally recognized since 2021.
Holidays that occur on a Sunday will be formally observed the following Monday. For holidays that occur on a Saturday, they are observed the preceding Friday.
“It’s a tough decision,” board member Sharon Unterreiner said.
Untereiner proposed tabling the issue until the June meeting. However, since the Juneteeth holiday will occur prior to the next meeting, June 21, that measure didn’t get a second.
“If you’re looking at this to be more aligned with federal schedule, we would eliminate Truman Day and add Juneteeth,” board president Denise Morrison said.
PCHD director Liz House also provided input during the discussion.
“I don’t think its right to not have Lincoln Day and include Juneteeth,” House said.
The existing policy states that for both Christmas Eve and Good Friday, the PCHD will close at noon and employees are to receive pay for the entire day.
“There’s already too many holidays,” board member Keith Carroll said. “Thirteen holidays, that’s more than one per month.”
Carroll was fine with keeping both Good Friday and Christmas Eve as half days.
“They are great days to spend time with family,” he said.
From his perspective, both the Martin Luther King Jr. and Lincoln’s Birthday are both “well vetted” holidays.
Carroll pointed out that MLK Day was first authorized in the early 1980s but not recognized by all states until 2000.
The board members were also asked for input on Columbus Day, which occurs the second Monday in October. This year, that is Oct. 10. For now, it will remain the same as the state schedule.
With the change of cutting Truman’s Birthday and adding Lincoln’s Birthday, the entire list of employee holidays are: New Year’s Day (first day in January); Martin Luther King Day (third Monday in January), Lincoln’s Birthday (Feb. 12), President’s Day (third Monday in February), Good Friday (half day, Friday prior to Easter Sunday), Memorial Day (last Monday in May), Independence Day (July 4), Labor Day (first Monday in September), Columbus Day (second Monday in October), Veterans’ Day (Nov. 11), Thanksgiving Day (fourth Thursday in November), Christmas Eve (half day, Dec. 24) and Christmas Day (Dec. 25).