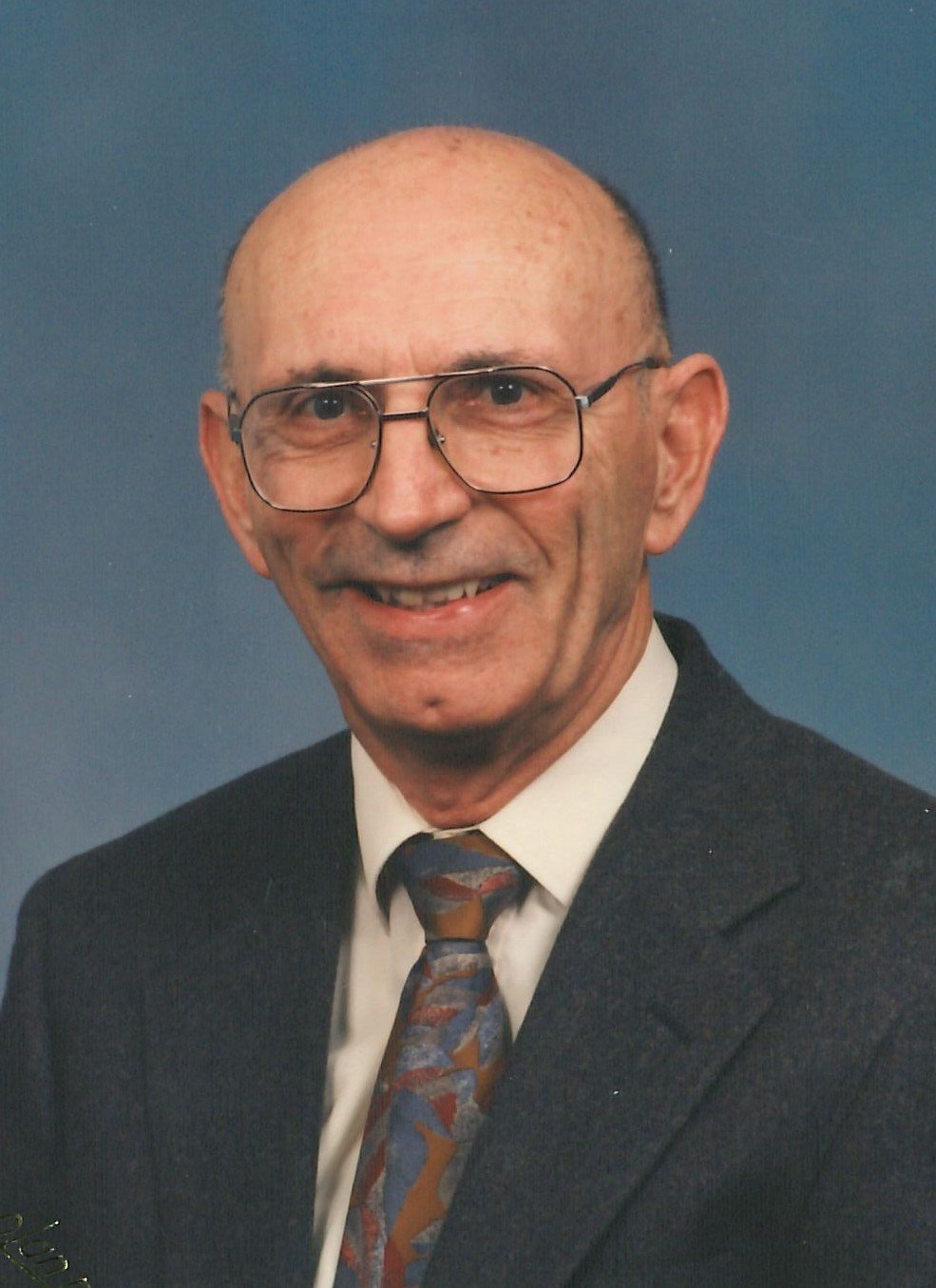 George F. Graham Jr., 93, of Perryville passed away Monday, Jan. 10, 2022 at St. Francis Medical Center.
He was born Jan. 25, 1928 in Mannington, WV to George F. Sr and Helen C. (Rymer) Graham.
He and Ruth E. (McColloch) Graham were married Nov. 24, 1955.
She survives in Perryville. He had a long career as a district forester with the Missouri Department of Conservation.
He was very proud of having fought forest fires nine times in Western States as well as in Missouri.
He ran several miles a week to keep in shape to be able to fight fires.
He enjoyed numerous hobbies, including reading, carving, oil painting, wood working, back packing, model railroading, cultivating a rose garden, traveling and playing bridge.
He was very active in the United Methodist Church, teaching Sunday School and serving in various church offices.
He also helped build the new church building in Perryville and he built an outdoor classroom and trail at Perryville Public Schools.
He was a boy scout leader and served on the Perry County mental health board. He was well known for his sense of humor.
He loved God and he loved his family. He was a US Air Force Veteran of the Korean War.
Survivors include two daughters, Jane (Terry) Edwards of Perryville; and Amy Henry of Arnold; one son, Mark (Elise) Graham of Jackson; nine grandchildren, Jacob (Stephanie) Edwards, Paul Edwards, Leah Edwards, Luke Edwards, Joshua (Monica) Henry, Nathan (Alison Huskins) Henry, Kathleen (Drew) Curtis, Andrew (Rebecca) Graham, Peter Graham; three great-grandchildren, Liam Henry, Lilynn Henry, Madelyn Graham. He was preceded in death by his parents, one brother, Tom Graham and one sister, Harriett McCurdy.
Family encourages mask be worn.
Visitation will be from be 4-8 p.m. on Friday, Jan. 14, 2022 and from 8-10 am Saturday, Jan. 15, 2022 at United Methodist Church in Perryville.
Funeral Service will be at 10 a.m. Saturday, Jan. 15, 2022 at United Methodist Church in Perryville with Rev. Kevin Barron officiating.
Burial will be at Home Cemetery in Perryville.
Memorial contributions may be given to Perryville United Methodist Church or the Boy Scouts of America.
Online condolences may be made at www.fordandyoungfuneralhome.com. Ford and Young Funeral Home is in charge of arrangements.