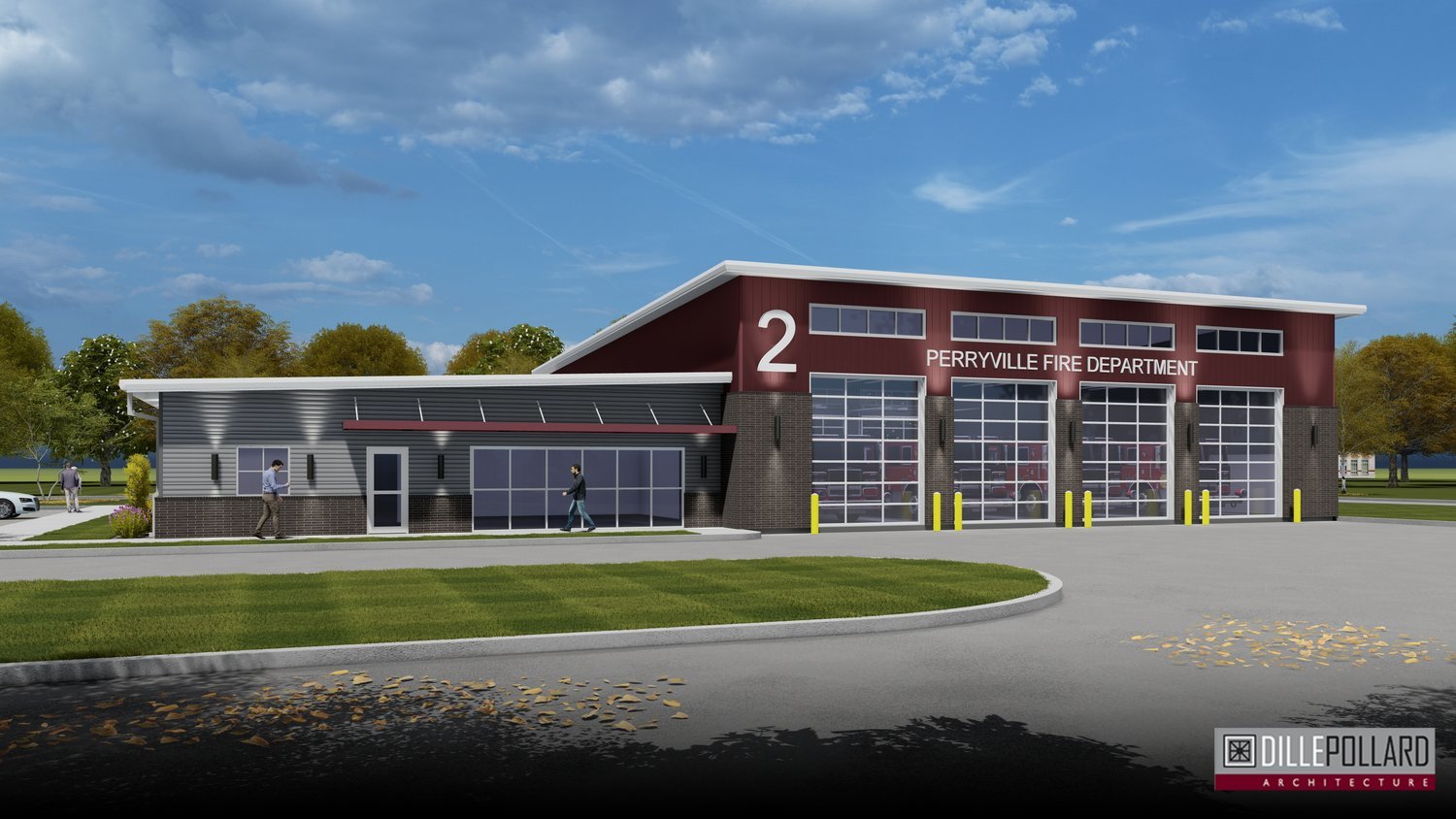 A groundbreaking for the city’s new fire station has been scheduled for Thursday, July 7, at 9 a.m. on the site at Rand Street. City administrator Brent Buerck will provide an introduction while remarks will be given by Mayor Larry Riney was well as members of the Perryville Fire Department.
City of Perryville engineer Tim Baer reminded the board of aldermen of the upcoming groundbreaking during his report at the June 21 meeting. A rainout date is planned for July 14, also at 9 a.m.
Along with the groundbreaking, Baer updated the Aldermen on several other projects.
“The (sewer) trunk line project is still moving along,” Baer said. “We’re going through the public works property across that big lot there in the back. They’ve run into some pretty bad materials today, very soft and soupy and there. Very slow going. It’s a slow process, but they’ll get through it. They’ve got about 120 feet to go through that field area to get out of that bad stuff to normal dirt.”
Not a great deal has changed at the Perryville Technical Education Campus, according to Baer.
“They’re making progress,” Baer said.
As part of the regular agenda items, the board approved a right-of-way easement to Citizens Electric Corporation to allow a three-phase underground electric line to serve the new facility.
PERRYVILLE BOULEVARD
The board adopted a resolution stating the city’s intent to commit funding toward a grant application in reference to a Perryville Boulevard sidewalk project.
This year, the city is applying for grant funding from Old St. Mary’s Road to U.S. Highway 61. In 2023, the plan is to submit another grant application for Edgemont to Robert Miget Park, said Baer.
A sidewalk is to be installed from Star Street to Old St. Mary’s Road as part of the city’s capital improvement plan.
“That’ll be built this year,” Baer said. “Those plans are done, we’ve got to get them to MoDOT for approval. We’ll be bidding that out in the next few months.”
ECONOMIC DEVELOPMENT
Perry County Economic Development Authority executive director Crystal Jones provided a brief update at Tuesday’s meeting.
Grant applications for the city’s façade improvement program are due Friday, June 24.
“We are planning to do a half day strategic planning session coming up hopefully in early August,” Jones said.
Mayor Larry Riney and Alderman Doug Martin, who serves on the EDA Board, are among the city officials involved with the EDA.
“Participation in that would be welcomed,” Jones said. “We’re also at a longer-term strategic planning process for the organization, to set some goals and objectives. That should be coming up before the end of the year.”
The next EDA meeting is Thursday, June 23, at noon
CONSENT AGENDA
A total of 17 items were part of Tuesday’s consent agenda. None of the aldermen had questions about the items, which included the approval of minutes from June 7 and financial reports for May 2022. In addition, an invoice of $122,624 from Cape Electric Supply to pay for downtown street lights was approved.
PUBLIC COMMENT
Barbara Breig of Blackberry Lane addressed the board about a drainage issue at her property.
She has spoken to the board previously about this matter. She had sod installed in her yard earlier this spring.
NEW HIRE
Tom Jones, 52, a new water/wastewater maintenance technician was introduced to the aldermen. Previously, he worked for Jefferson County Public Works for about four years. He moved from Illinois a few years ago.
The Board of Aldermen will hold its next meeting Tuesday, July 5, at 6:30 p.m.