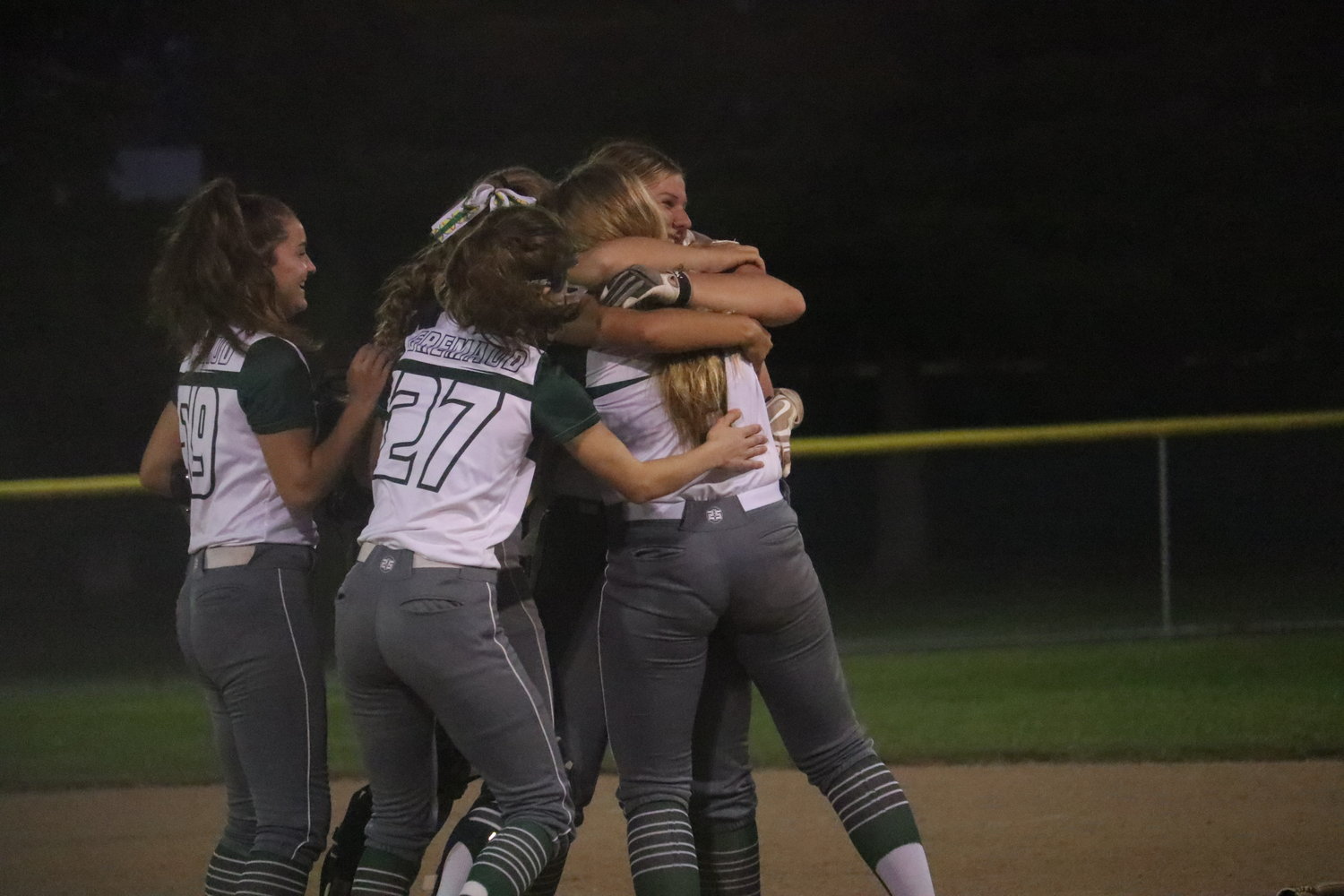 Perryville softball coach Lilly Pecaut had a knot in her stomach all day in the lead up to the Class 3 quarterfinal game against St. Charles West.

She can breathe a little bit easier… for now.

Perryville used a big first inning to propel themselves past the Warriors 10-4 at Field No. 8 in the Perryville City Park on Wednesday. The victory will send Perryville (16-13) to the program’s first ever final four appearance.

“It’s starting to settle in a little bit that we are headed to the final four,” Pecaut said after the game. “The team and I have wanted this so bad all week and now that we have it, it feels awesome. At the same time, it’s on to the next game. We have to play the same type of game we played here tonight For now we will soak this in.”

That brand of softball has been one that Perryville has used all postseason: start fast. The Pirates sent nine batters to the plate in the first inning and collected four runs as Alyson Stortz drove in Jenna Brewer, who had walked earlier in the inning, with a single. Breanna White added another with an RBI groundout to give Perryville a 2-0 lead. The Pirates scored two more runs off Warrior errors. Stortz went 4-4 in the game with three RBI. Anna Gremaud added three hits and Kylee Stortz added an RBI double. White chipped in with three RBI.

Pecaut said that it was the quick start that calmed everyone’s nerves, maybe even hers to some degree.

“That start was good for us,” she said. “With me being a first-year coach, and many of the girls had never been in this type of a game before, it was stressful. Once we were able to put some runs on the board, it got rid of some of the nerves.”

That was all the run support Alyson Stortz would need. The junior hurler was dominant at times in the circle as she pitched a complete game, giving up four runs (two earned), five hits, three walks, while striking out 14 batters. Stortz struck out the first nine batters she faced.

“Alyson got ahead in the count and if it wasn’t a first pitch strike it was a second pitch strike,” Pecaut said. “She really executed her pitches and didn’t really let anything rattle her throughout the game.”

St. Charles West mounted offense in the second inning when Jazmyn Chapman led off with a walk and Hannah Bingamin hit a single to left field that got by the Perryville outfielder and allowed Chapman to score, narrowing the Pirates’ lead to 4-1. Stortz stranded runners on the corners to end the inning.

That margin would not stay for long as Perryville tacked on some insurance runs in the bottom half of that inning. Brewer reached with a walk and Anna Gremaud singled past third base to get two runners on for Alyson Stortz who tripled to centerfield, which gave Perryville a 6-1 lead.

“I’ve been studying St. Charles West all week and they have been coming back from some big deficits,” Pecaut said. “I knew we would have to continue to fight and chip away at the plate and add more runs.”

Perryville added one run in the fourth and  three more runs in the fifth to enter the seventh inning up 10-2. With the drama that took place in the district championship game where Doniphan scored six runs in the final inning to tie Perryville, Pecaut didn’t mince words when she said she was still a little nervous with the eight-run cushion.

Her nerves were probably even more shot when the Warriors led the inning off with a single and St. Charles West’s best hitter Leanna Mitts drove in a run with a single. The Pirates relinquished another on an error with two outs, but it was fitting that Stortz ended the game with a strikeout that sent the Perryville players into a celebration. Stortz has 43 strikeouts this postseason.

“I was confident that we could find three outs somewhere in that inning since we had a big lead,” Pecaut said.

The somewhat improbable run continues for the Pirates, after graduating six seniors and Pecaut entered the fray as a new coach before the season. She is aware that the names on the roster may have been more recognizable the last two seasons as Perryville amassed a 37-15 record overall. However, she hopes that this team can build a foundation for the future to win district titles and make deep postseason runs as well.

“I think this is paving the way for years to come,” Pecaut said. “When we do this one time then we know that we can do it again. My goal is to keep building this program that I was a part of for four years. I want to get more girls to come out and play the game to gain that knowledge and experience it takes to win.”

However, the 2021 version of the Pirates are not done yet.

Perryville will take on Chillicothe (29-4) on Oct. 29 at 2 p.m. at the Killian Softball Complex in Springfield. Pecaut knows it will be a challenge for her team when they get to the final four, but she and her team will go in with confidence.

“You have to believe in yourself,” Pecaut said. “These teams are the best of the best, but you have to come in with confidence that you can win because anything can happen.”